Sputnik Zurich isn't your average a mobile repurposed apparel and accessories outfit: much as Joshua Zisson did with his retroreflective bicycle, they've developed a stylish visibility solution for urban environments; however, Sputnik Zurich has a decidedly more DIY, scalable approach to elevating safety into an aesthetic. From simply sewing vests into totes to actually retailoring the source materials into articles of clothing, founders Stefanie Sixt and Chelsea Rose Morrissey "[draw] from the city's urban development for its inspiration, material and production." 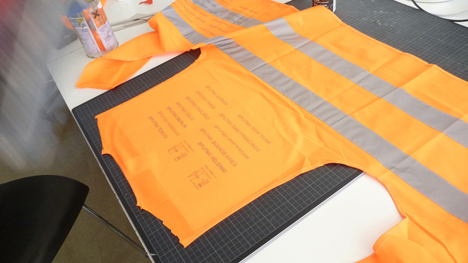 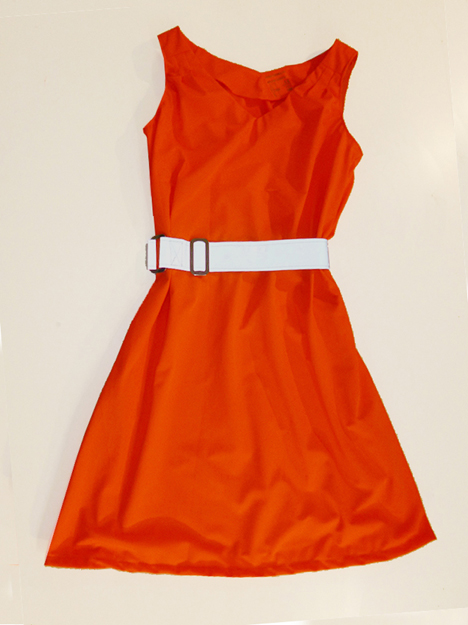 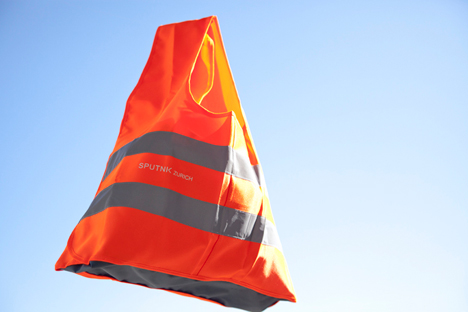 I was curious to learn that the "design and production of the products take place in containers at construction sites throughout the city, [which are] open to the public for new ideas." In other words, the designs are implemented and "produced at the building sites where they originated." Thus, the small-scale operation has 'exported' the concept from their headquarters in Zurich to satellite sites throughout the Europe and the States, with workshops as far-flung as Buenos Aires and Tokyo. 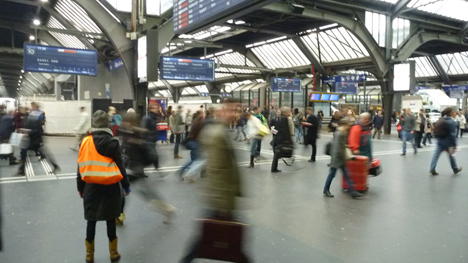 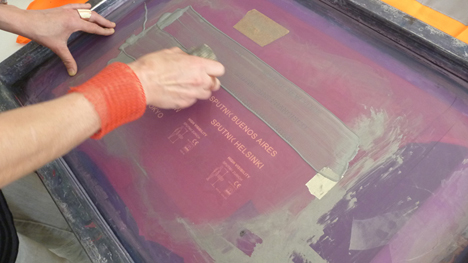 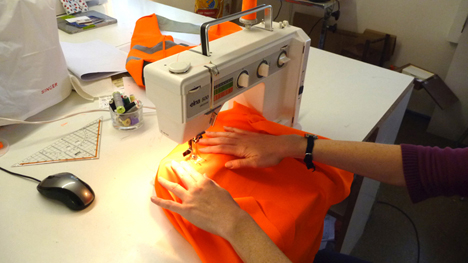 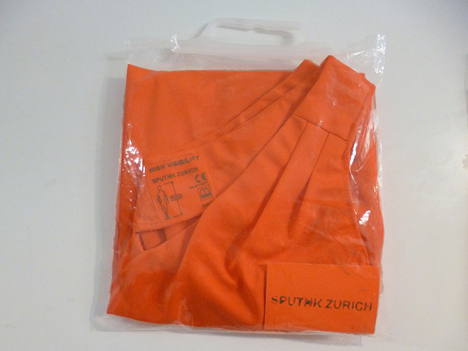 "The re-invention of a regular object attracts attention and provides a common thread between people, a topic for conversation."