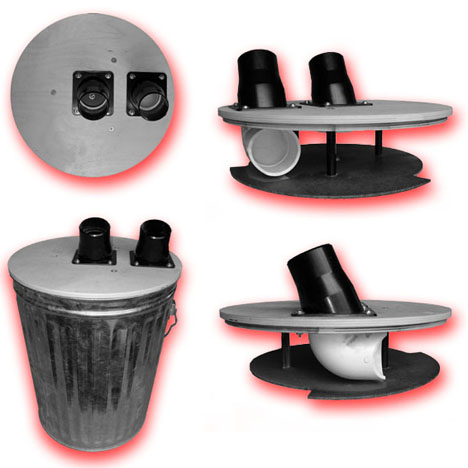 If you've ever seen a dust-collecting cyclone in person (I checked one out in Dino Makropoulos' New Jersey shop), you'll be surprised at how simple and jeez-I-could-build-wunna-these it looks.

Woodworker J. Phil Thien figured he could build a dust cyclone, and make an improvement to boot. Thien's innovation was to add, at the top of the conical chamber, a baffle to reduce what's called "scrubbing"; that's when dust swirling around in the cyclone, rather than gathering on the bottom, burps back up into the top (and hence into the shop vac, the place you're trying to keep it out of). By providing a circumferential slit in the baffle for the material to drop down into (the centrifugal force of the cyclone drives the dust towards the edges), but with the baffle blocking most of the bottom from the top, he figured he'd fix the scrubbing problem. 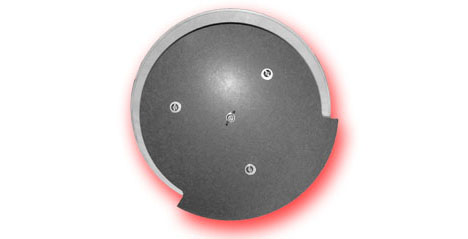 Two years and fifty prototypes after conceiving of it, Thien had produced a baffle that was up to snuff. With the shop vac on and his baffle attached to the cyclonic intermediary, he found he was getting very little dust making it into the vac; most of it wound up in the bottom of the cyclone. Despite his success, Thien has opted not to bring his design into production, and since its creation dozens of woodworkers have built Thien Cyclone Baffles based on his design.

Wanna see it in action? This guy below built one with plexiglas sides so we could see the vortex/dropdown action:

By the way, although Thien has opted not to commercialize his design, he has patented it. So don't you Quirky Kickstarters go getting any ideas.