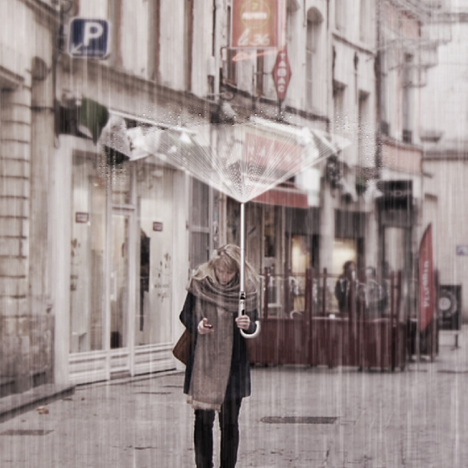 Amid the veritable downpour of CES coverage this week, we were interested to see a gadget that is tentatively set to launch in 2050. Quentin's Debaene's hypothetical "AIRBLOW 2050" umbrella concept is worthy of James Dyson himself... at least to the extent that the French design student hopes his design will be deemed so: it looks like he's entered it into the British innovator's eponymous annual awards program. 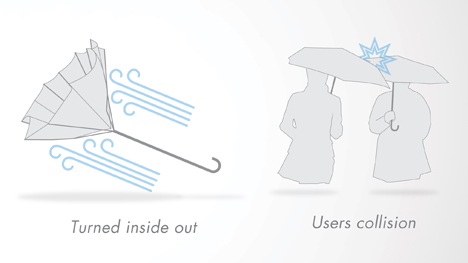 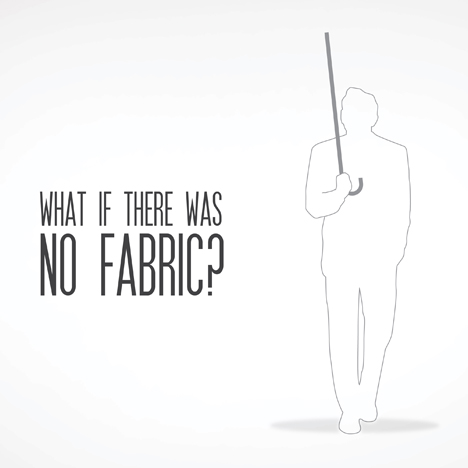 Once Debaene had identified the fabric portion of the umbrella as the root of all of its problems, the solution was clear as day: to get rid of the bulky, easily inverted membrane entirely. Instead, a vacuum draws air through the telescoping shaft to deflect raindrops around a small radius of the device, creating an invisible overhead barrier to the elements. (Besides describing what it does, its somewhat dubious name seems to be a play on "Airblade.") 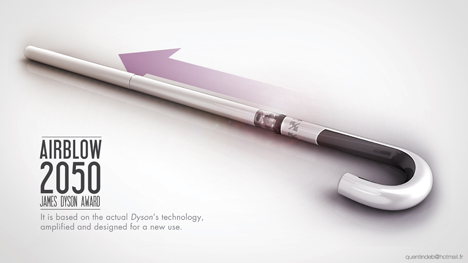 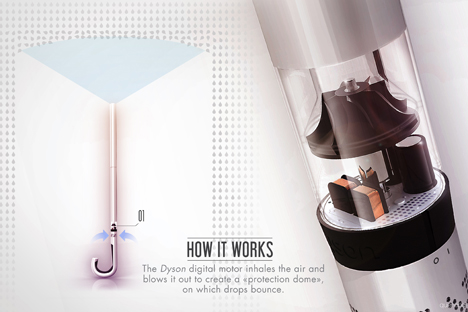 It's certainly an elegant—albeit fanciful—solution, though I would question the decision to incorporate the motor and air intake into the middle of the shaft, where it might be held close to or against the user's body. (On the other hand, it might be cool if it could stick to one's jacket for a hands-free anti-precipitation device.) 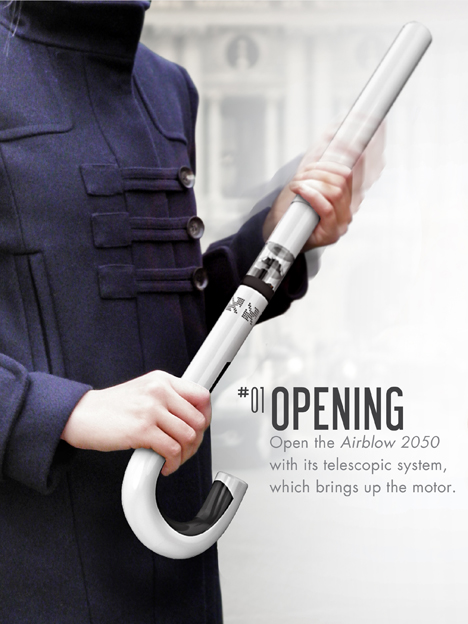 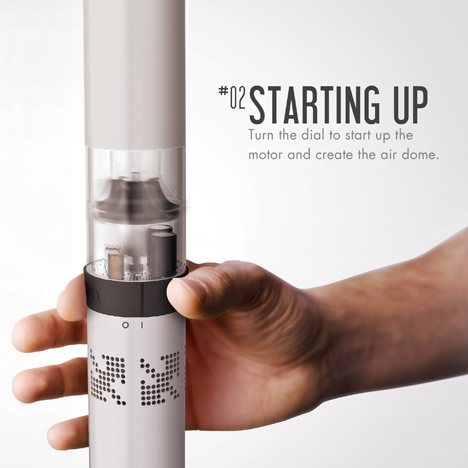 For reference, here's a fluffy clip of Dyson introducing (but not really explaining) the digital motor:

There's also a slick manufacturing video over at the Dyson site, which has more details, including an annotated exploded view:Dyson digital motors use digital pulse technology, spinning at up to 104,000 times a minute (five times faster than a racing car engine). They are incredibly efficient too—due in part to high tolerances. For example, the impeller spins at over 600mph with only 0.3mm clearance between the blade tip and the impeller housing. 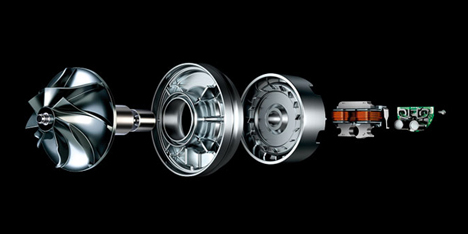 We're assuming—or at least hoping—that the price of the Dyson digital motor will drop over the next 37 years; similarly, future improvements in efficiency might also lower the power requirements, noise/heat issues, etc. 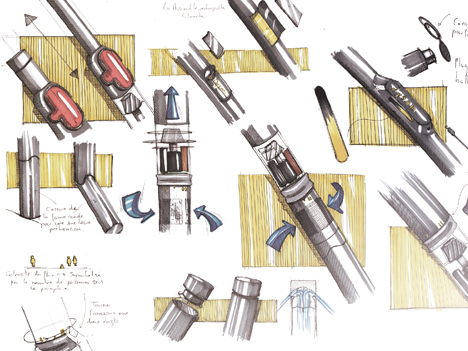 It's also worth mentioning that the AIRBLOW 2050 is yet another case of parallel thinking, echoing another recent concept by Je Sung Park and Woo Jung Kwon. For what it's worth, Debaene's version is explicitly inspired by the typology of existing umbrellas, featuring the iconic hook-shaped handle. 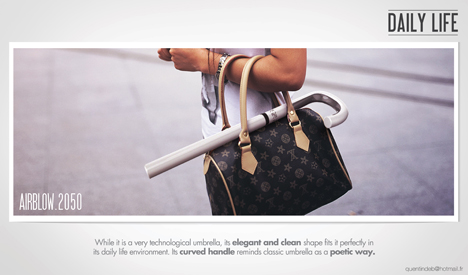 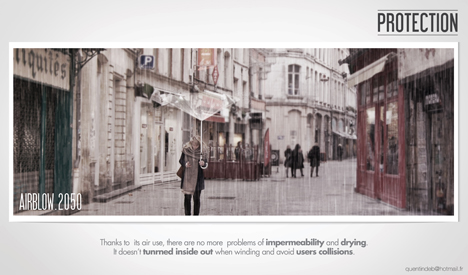