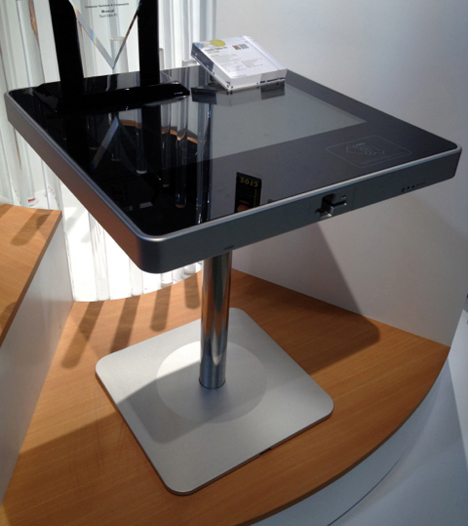 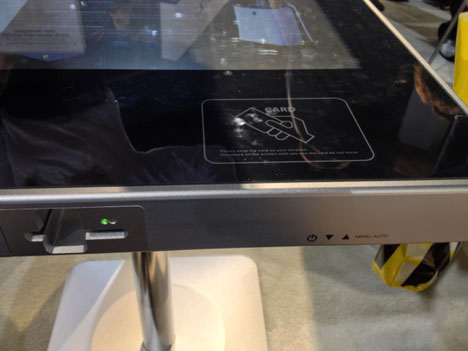 The rumors were true, and we finally got to see the touchscreen cafe table produced by Korean manufacturer Moneual. It's officially called the Touch Table PC MTT300, and there's a little more to it than sticking a tablet on a table.

First off, the invisible stuff: It's an Intel/Windows 7/Android/Nvidia-powered affair, and features two hidden speakers, though the model hired to flog the table couldn't say what the audio was meant to accomplish—perhaps feedback for button touches? As for the visible, the screen has a resolution of 1920 x 1080. The demo models we saw all had the menu taking up the entire screen and oriented just one way; will it be split up and oriented for two people, or even four? Or must the menu be swipe-rotated towards each person who wants to order? Again, the rep didn't know. (I'm starting to get frustrated with this aspect of CES). 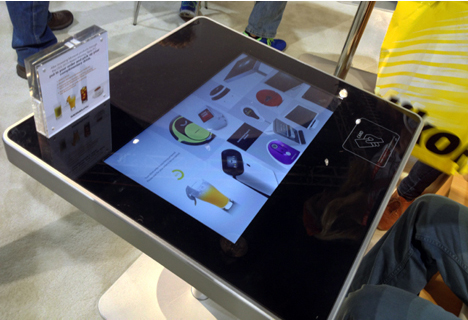 As for the physical design, the side of the table features two USB ports, a mic jack and a headphone jack. They're located underneath the table, presumably to avoid spills that run over the edges, and their presence is indicated by icons: 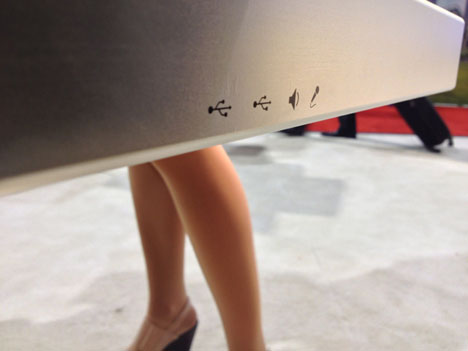 Ditto for a other buttons like power, volume up/down, reset, menu, and whatever "auto" does: 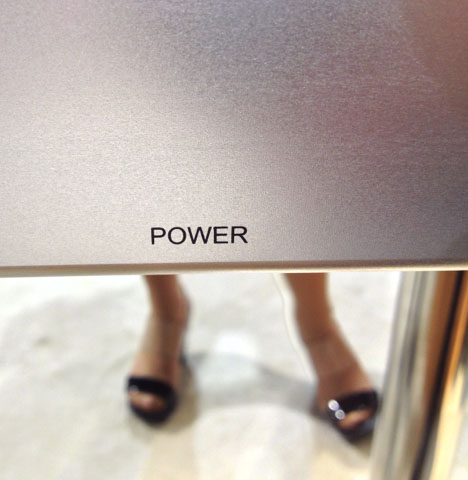 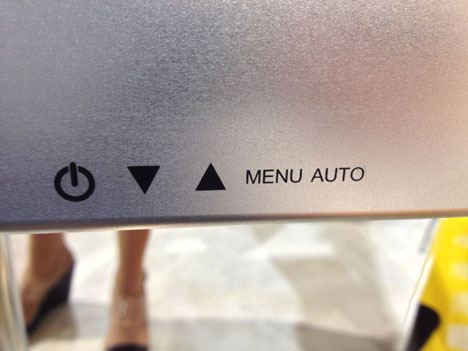 When it comes time to settle up, there's an NFC reader up top and a conventional card reader on the side, but they're both located on just one side of the table. This will make it awkward on first dates when one person offers to pay and the other makes that half-hearted feint like they're going to grab the check; now you'll have to make a half-hearted feint like you're going to stretch all the way across the table to the card reader. 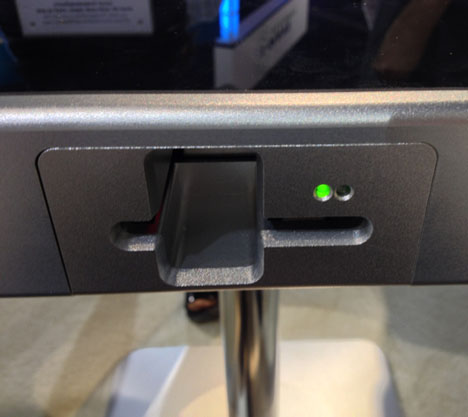 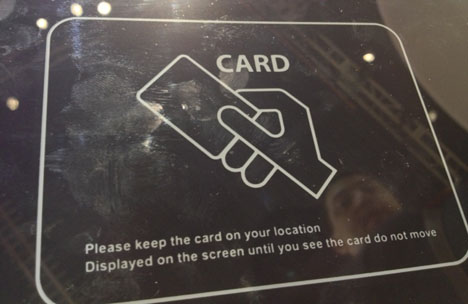 By the way, that gross patina of fingerprints you see in the photo of the NFC reader covers the entire table. Reminds us that the table will need to be well-cleaned between diners, and/or that germophobes may want to wash their hands after ordering.