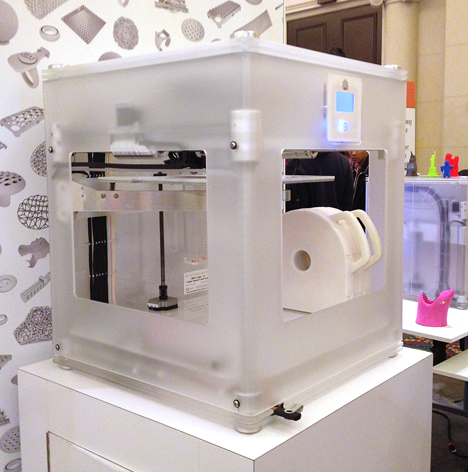 3D Systems seemed to be the only 3D printing company out in force at CES, perhaps because it was at last years' that they debuted their Cube 3D Printer. 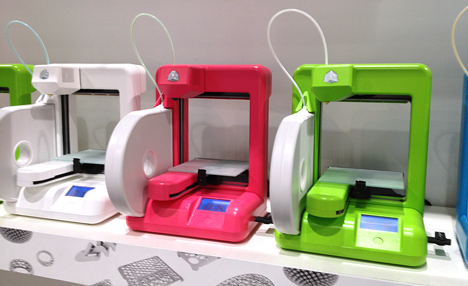 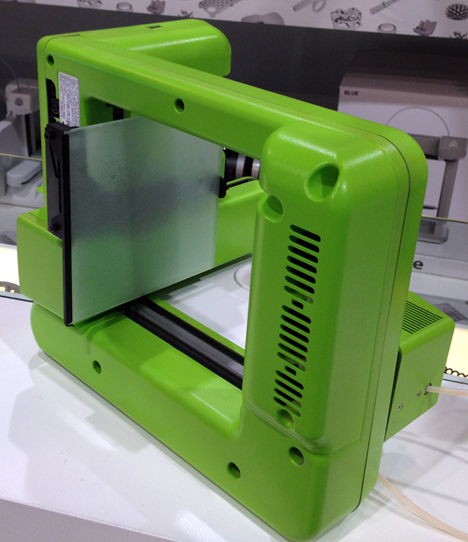 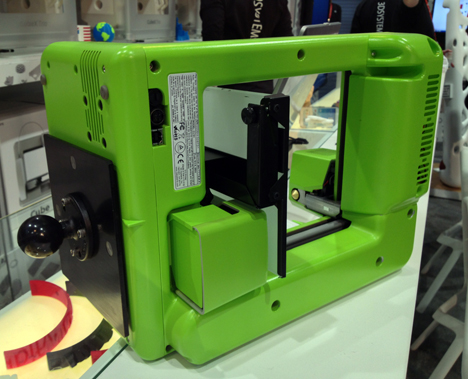 This year they pulled the sheets off of not one, but two machines: Their updated Cube 2, a faster and more accurate update to the original, and their larger CubeX, which can print "basketball size" (10.75" x 10.75" x 9.5") in both ABS and PLA. 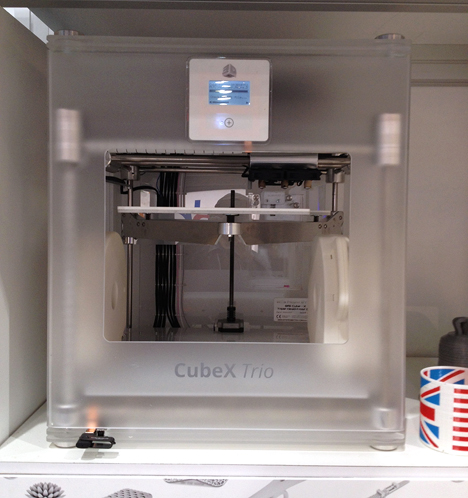 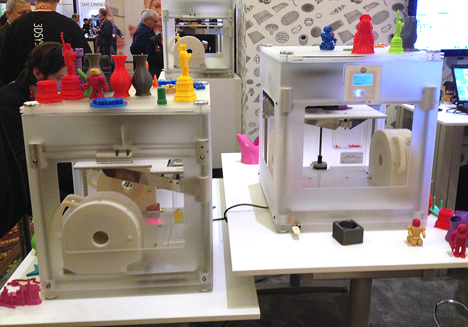 Whereas the Cube 2 still rings in at an affordable $1,299, the base model of the CubeX will set you back $2,499. That's for the single-head, or one color at a time, machine. But they're also offering CubeX Duo and Trio models, dual-head and three-head variants with slightly smaller build areas than the single-head, that come in at $3,249 and $3,999, respectively. 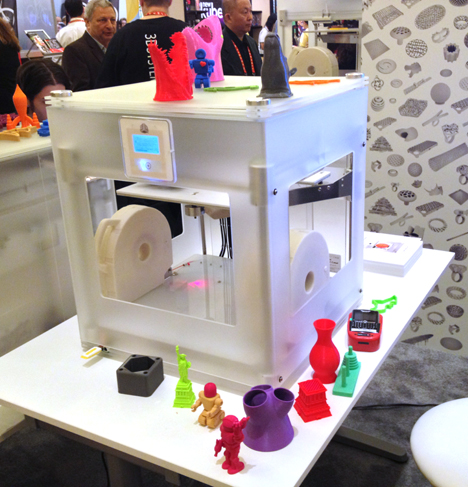 Their booth was pretty mobbed—I had to wait for a lull to sneak some shots in—and judging from the questions I overheard attendees asking, laypeople still don't seem to know much about 3D printing. Nevertheless, they're apparently very interested—they voted to give the CubeX a CES 2013 People's Voice Award, which 3D Systems can put on the mantle besides their CES 2013 Best Emerging Tech Award, conferred by CNET. The trophies ought to be 3D printed. 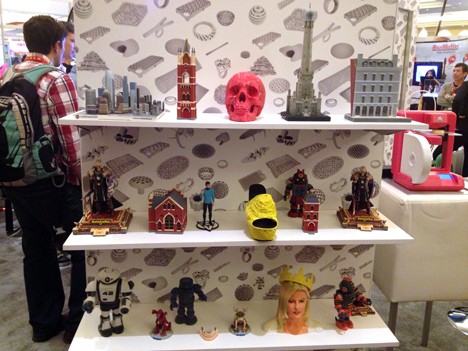 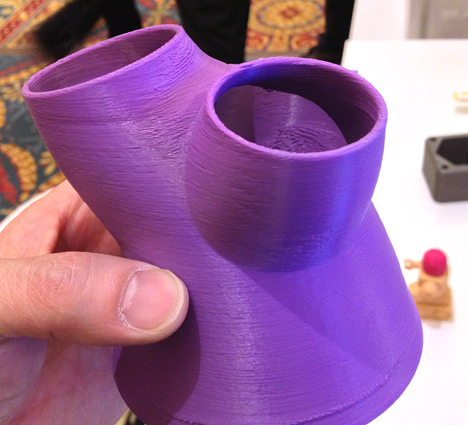