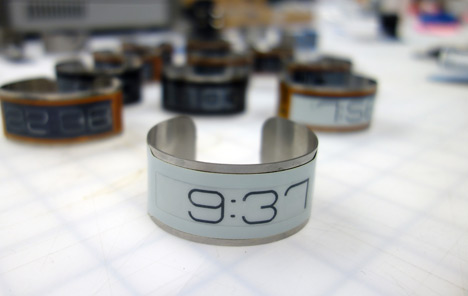 Say what you want about IDEO, but no one can deny that some brilliant folks roam their open-plan workspaces, including Dave Vondle and Jerry O'Leary. The longtime colleagues at the firm's Chicago office have just launched a side project under the name Central Standard Timing on the occasion of CES 2013, handily surpassing their $200,000 crowdfunding goal for "The World's Thinnest Watch" in a day and a half.

Indeed, the CST-01 comes in at a svelte 0.8mm, and, at 12 grams, "weighs less than five pennies"—the first 500, which sold out in a matter of hours, were available for $99, or about 54.5 lbs worth of pennies. The internal electronics are laminated into the flexible stainless steel band, which accommodates a scant 0.5mm of componentry in its 'face,' "[showcasing] the most innovative qualities of E Ink's SURF segmented displays; ultra-thinness, readability, ruggedness, flexibility, and low power." 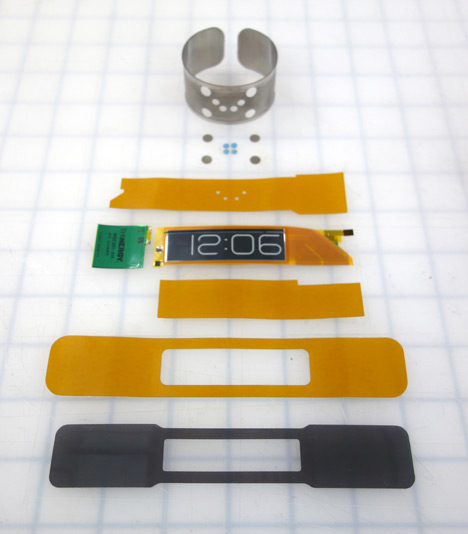 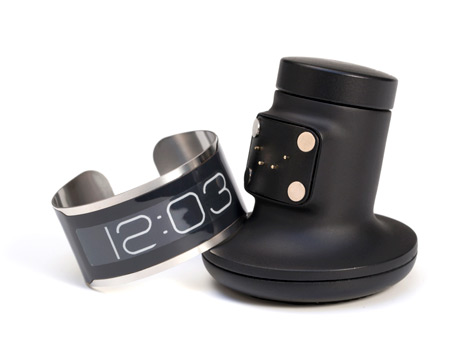 Vondle and O'Leary have also wisely chosen to forgo hardware buttons: Users set the time through the charging stand, which is a beautiful object in itself. Of course, considering that it will only take ten minutes to charge the CST-01 for a month of use, the buoy-shapped base might end up in a drawer for most of the wristwatch's 15 year lifetime (our two cents: maybe it could double as a coffee tamper?). 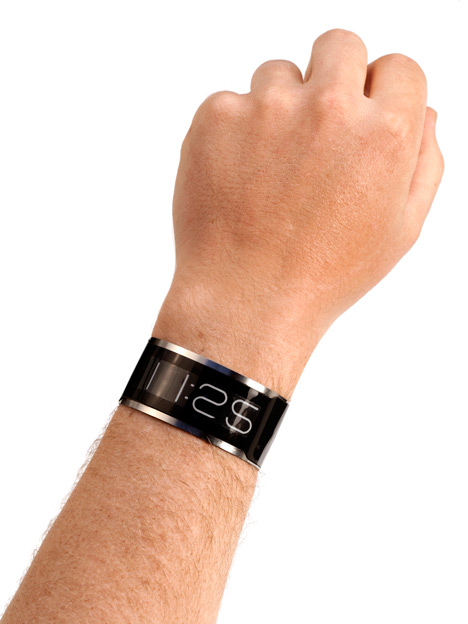 I haven't seen it in person but based on the images, I'm impressed by the CST-01's clean aesthetic, which feels appropriately masculine despite its bangle-like form factor, a slick hybrid of sci-fi typography and bracelet typology. 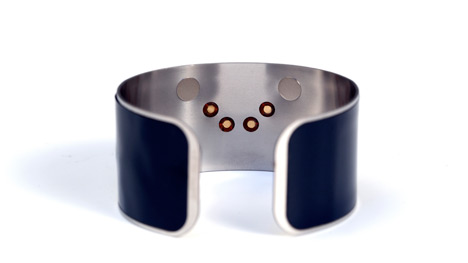 Although Central Standard Time has already moved 2,000 units of their acronymous accessory, Vondle and O'Leary will continue to refine the timepiece: the veteran designers neatly circumvented Kickstarter's prototype ban by presenting "Design Validation Units," which are past the prototype stage but not yet optimized for manufacturing.We'll be working on small modifications to everything from the stainless steel band, selection and refinement of adhesives, adjustments to the display module, refinement to the top mask in color and material choice and simplification of flexible circuits. The revisions we plan on doing will tackle key issues like making the product as waterproof as possible, optimizing scratch resistance, and ensuring that every product that comes off the line stands up to a high standard of quality. The charger will be revised to move from a 3d printed process to injection molded parts. This is something we have years of experience doing for a number of products that have come to market. 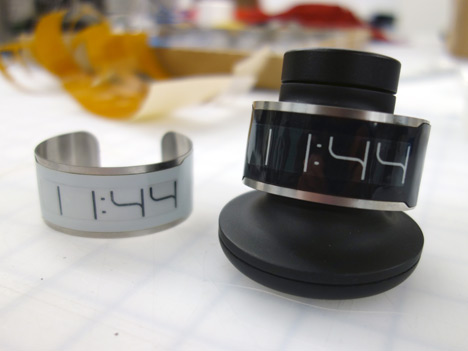 They'll have six months or so to tweak the final design, which will (tentatively) be delivered by September 2013; backers have six weeks to pre-order their CST-01 in black or white for $129. (Particularly impatient minimalists—those short on time, as it were—can throw down a G for the privilege of beta testing a prototype come March.) 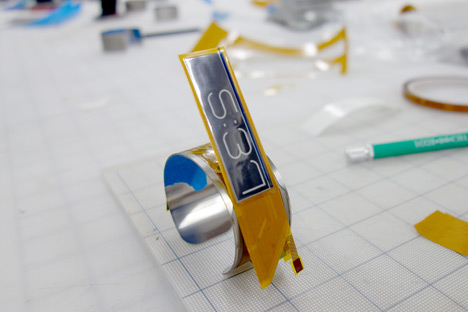