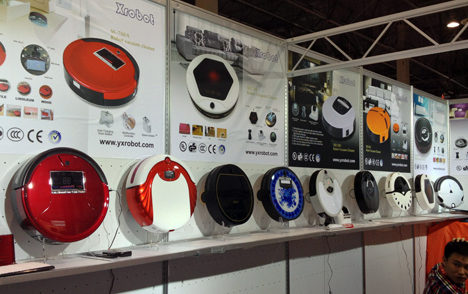 Judging by the large amount of small, wheeled, floor-mounted robots we mostly saw coming from Asian manufacturers, manually cleaning spaces in Asia will be a thing of the past.

While iRobot is a well-known name in the 'States, in China it's Xrobot (see their machines up top, as well as the one below that looks like it was designed by Cylons) that's all over the "intelligent robot service industry." 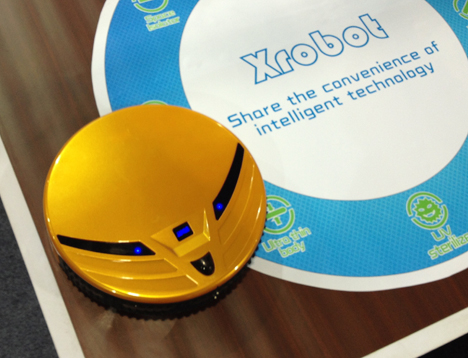 Techko Maid's RV102 sweeping mop-bot breaks out of the familiar circular form factor to go with a square. 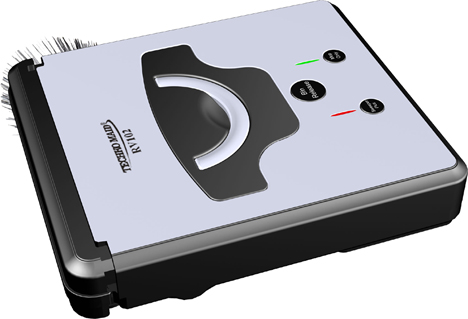 EcoVacs' Winbot is also square, but can pull a trick the others can't: The window-cleaning robot sticks to vertical glass. 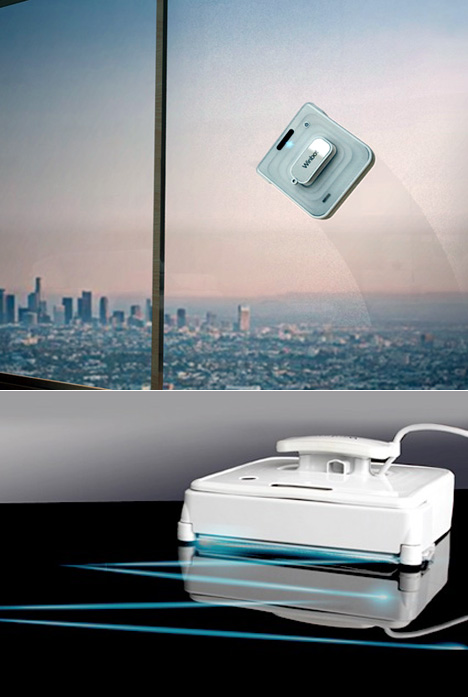 Moneual (the company behind the Touchscreen Cafe Table) makes a "state of the art robot air purifier" in the H800, which chugs around your apartment scrubbing the O2. I'm not crazy about the taller form factor, because unlike the floor vacs, this one looks trickier to flip over and disable in case it goes rogue. 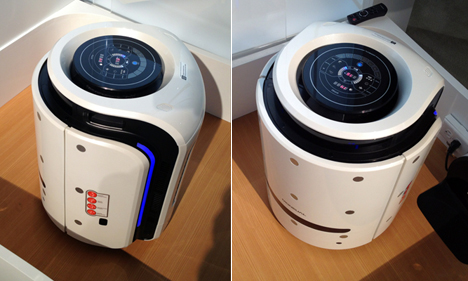 The H800 is not yet sold in the 'States, but once it is, how long until a Star Wars geek hacks it up to look like R2-D2?This bladeless fan by Yongkan Huitian Electrical Appliance Co. is actually not a robot, though it's meant to look like a rather famous one; Japanese cartoon fans will recognize Doraemon, who here has been hideously cross-bred with a Dyson invention to create an ill-advised, Dr. Moreau-like contraption. 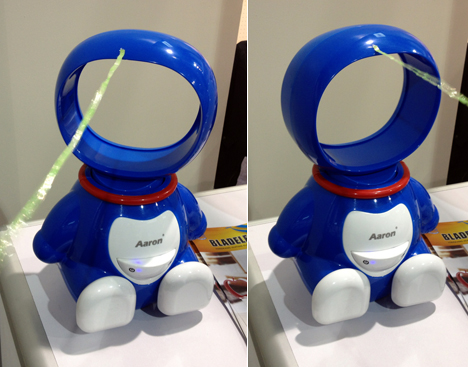 At first glance I thought Raycop's Genie line of products, below, were robots. Turns out they're not. Anyone want to venture a guess as to what these things do?

They're actually anti-allergy bed-cleaning hand vacs aimed at asthmatics and those sensitive to dust. "Every night you share your bed with 1.5 to 2 million dust mites," the company literature says. "Their waste contains a powerful allergen that can cause itchy skin, burning eyes, coughing and sneezing." The Genies apparently get rid of 93.5% of dust mites and 99% of bacteria; you can then sleep easy, knowing that the only remaining threat in your home is Moneual's free-roaming air purifier.