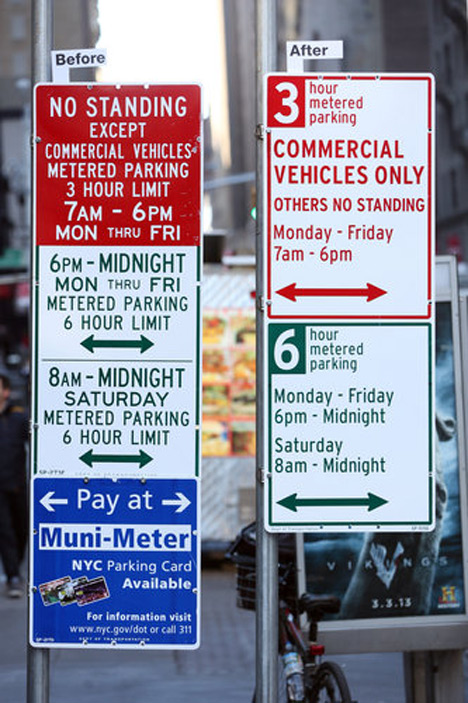 Just over a week ago, the NYC Department of Transportation announced a much-needed update to street signs throughout Manhattan, an ongoing effort to simplify the unforgivingly opaque verbiage of current signage.The 6,300 signs that DOT will replace in Midtown and Lower Manhattan include 3,300 commercial parking signs and 3,000 other signs for nighttime and weekend parking for the general public, hotel and taxi stands, street cleaning and no standing areas. The new signs reduce the number of characters needed to explain the rules from 250 to about 140, making the sign appear less visually cluttered while reducing five-foot-high signs by about a foot. The new design also places the day of the regulation before the hours of the regulation, eliminating abbreviations and retaining all necessary parking information while making it easier to read. 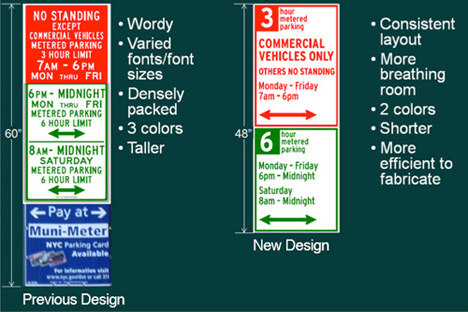 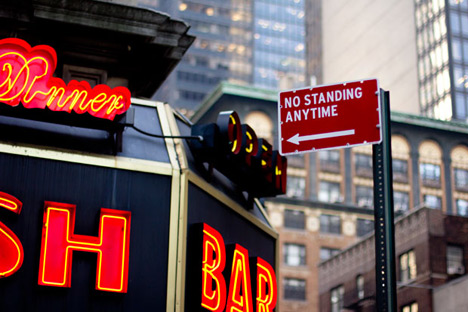 Once again, JSK—Transportation Commissioner Janette Sadik-Khan, for the uninitiated—turned to Pentagram for their graphic design prowess as the DOT hopes to build on the success of their previous collaboration with the design firm, the previously-seen "LOOK" campaign... or, as Pentagram Principal Michael Bierut speculates, perhaps they were just chagrined by this Louie C.K. non sequitur:

I'm kidding, of course—longtime New Yorkers are well aware that it can take years for initiatives to work their way through the bureaucratic labyrinth of lobbyists and legislators. It so happens that this particular proposal dates back to 2011, when City Council Member Daniel J. Garodnick asserted his commitment to "syntactic clarity" in the public sphere; of the new signs, he dryly notes that "You shouldn't need a Ph.D in parking signage to understand where you are allowed to leave your car in New York." 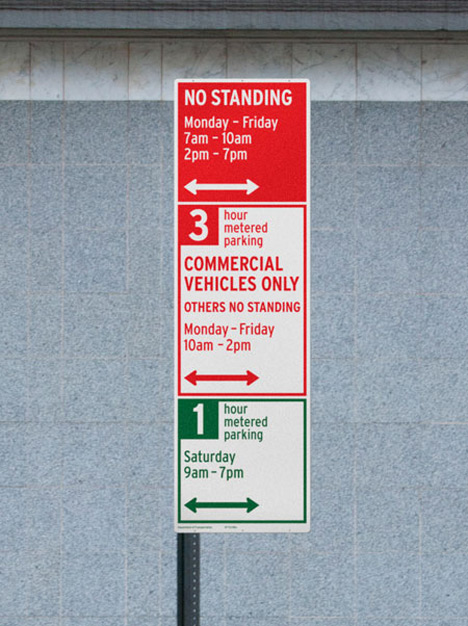 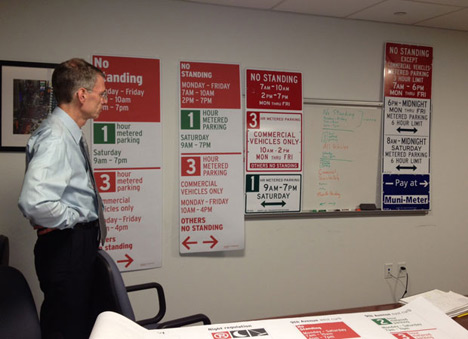 Extensive experience in visual communications, on the other hand, was a prerequisite for project. Bierut explains:The new design introduces a consistent, simplified layout that cuts back on the number of words and colors and adds some much-needed white space. The signs are divided into two sections, one for commercial vehicles (still in red), the other for passenger vehicles (in green). The number of hours parking is allowed is prominently placed in a reversed-out box at the top left of the sign. Everything is aligned to the left, and typography appears in both upper and lower case, set in a uniform font, Highway, widely used in US DOT signage. The superfluous blue signs have been eliminated altogether; Muni-Meters have been the only way to pay for single-space parking since 2011. The new signs are shorter—no taller than 48”—and hence more efficient to fabricate. 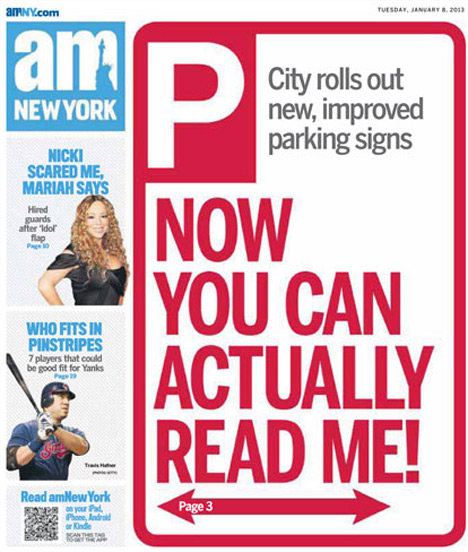 The response has been mostly positive thus far: in addition to soliciting opinions from passersby, the New York Times reports that this marks the first major update to street signage in nearly half a century. Meanwhile, not to be bested by AM New York, designer Michael Weinfeld of Animal New York saw fit to "take that concept a step further and minimalize the signs even more": "We've also reduced the amount of characters and replaced words with pictograms. Instead of laying out the word 'commercial vehicle' for example, an image of a truck was used instead." 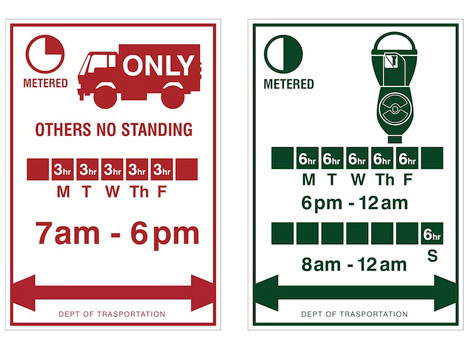 Check out larger images of their "MINANIMAL Street Signs" here.