Putting Things into Perspective: Space Exploration in Fact and in Fiction 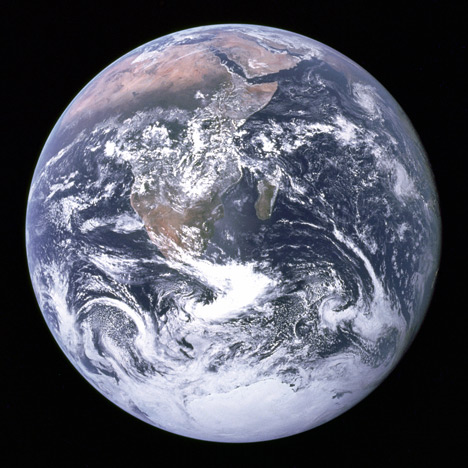 The Internet is a pretty big place, a veritable universe of ideas and images, at once an inventory of just about everything that exists in the natural world and an ever-expanding cosmos in and of itself. Yet as a medium of representation, the 'net borrows much of its source material from real life, and I was duly captivated by this recent short film about the final frontier.On the 40th anniversary of the famous 'Blue Marble' photograph taken of Earth from space, Planetary Collective presents a short film documenting astronauts' life-changing stories of seeing the Earth from the outside—a perspective-altering experience often described as the Overview Effect.

Although I found the first half of the film to be absolutely riveting, I felt that it dragged a bit in the middle; nevertheless, the remarkable footage is poignant throughout. And if the broader takeaway message of "Overview" rings clear and true, even the less universal aspects of orbit bear further consideration. Commander Sunita "Sunny" Williams' 25-minute tour of the International Space Station makes for a felicitous companion piece to the Planetary Collective short, something like a home video... in space (Kottke calls it the "nerdiest episode of MTV Cribs").

Similarly, the Smithsonian's Air & Space Magazine has just posted a detailed account of the final mission from July 2011, a worthy document of the end of an era. Between Felix Baumgartner's world record freefall, last year's successful Martian reconnaissance mission and more recent news of habitable planets, our species' abiding obsession with space travel not only as a symbolic endeavor but also a commercially viable enterprise... if not an altogether necessary one.

Hence, Final Fronter Design's crowdfunded 3G Spacesuit, billed as "a flight certified space suit for the burgeoning commercial space industry!" I'm surprised the project flew under our radar during the KS campaign last summer, but we'll definitely be keeping our eye on Ted and Nik as they continue to refine their consumer-oriented space gear. (If the winsome video has piqued your interest, Wired published a nice profile of the Brooklyn-based bootstrappers to see them into the final week of their campaign in July.) And while we're on the topic of fabricating spacesuits, here's a supercut of space helmets in movies for good measure:

Helmet tip, in a manner of speaking, to Laughing Squid

Of course, we've seen no shortage of speculation on space travel in film (I was interested to learn that artist/inventor Ted Southern of Final Frontier specializes in costumes and special effects), the subject of a recent forum forum discussion entitled "2013, a Year for Epic Sci-Fi." Mike DiTullo launched the thread with a trio of promising trailers, and insofar as industrial design and science fiction go hand in hand, his fellow designerse share his enthusiasm for big-budget flicks such as "Oblivion" and "After Earth," geeking out in the best sense of the word. Jon Winebrenner, for one, posted the Star Trek1 trailer below, as well as a related gem, a slick look at the special effects for The Avengers (which hipstomp has scrutinized in two separate posts).

Meanwhile, Robert Johnston notes that the "dramatic low frequency 'drone' sound" in new sci-fi trailers is "sooooooooo overdone"; Sanjy009 surmises that the originated with Inception as he added Kaleb Lechowski's viral short "R'ha" to the list. In the spirit of the "Famous Film Scenes Set to Inception Music" meme from last year, here's the Star Trek: Into Darkness trailer set to Inception music; mute the video on the right for full effect (because we all know that YouTube Doubler was invented to mash-up movie trailers with the überdramatic Zack Hemsey composition2). 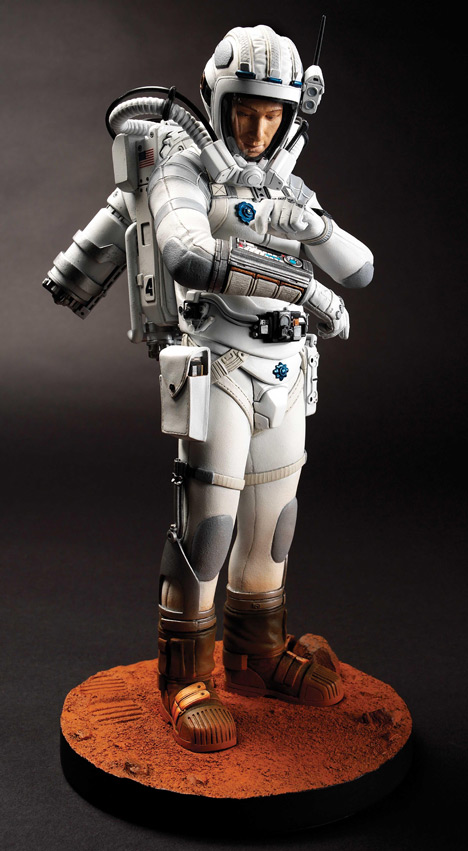 Toi Ogunyuko's 1:6 sculpture of an astronaut is just one example of the space-inspired work over on our sister portfolio site Coroflot (Vaughn Ling's work also comes to mind).

As our understanding of outer space grows, so too do our dreams of just how far we might be able to go, the cosmos ever a domain somewhere between fact and fiction. At this point, we'd be remiss not to mention our exclusive 'studio' visit to NASA from 2008, a treat for any designer who's dreamed of taking on the challenge of design for the most extreme environments known (or unknown) to man. Readers are welcome to share space-related news and videos in the comments; seeing as I've already devoted half a day to 'research'—read: watching sweet sci-fi trailers—I might as well continue down the rabbit hole... or should I say wormhole?