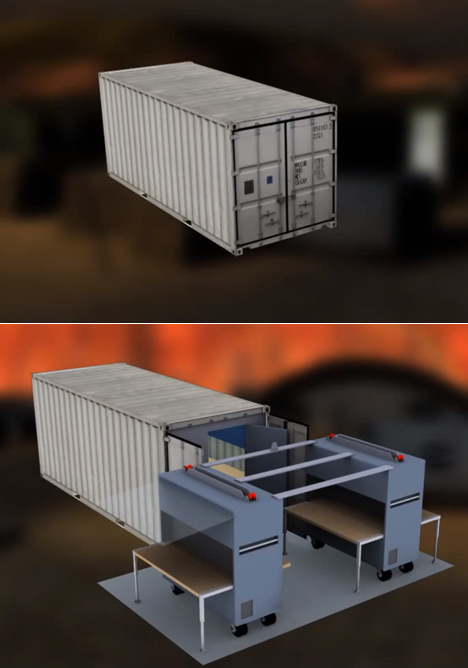 Politically speaking, the war in Afghanistan may be winding down; but technologically speaking, things are ramping up. Earlier this month a shipping container was quietly deployed to a remote outpost in Afghanistan. Kitted out by the U.S. Army's Rapid Equipping Force, this particular shipping container is essentially a digital manufacturing lab in a box.

Known as the ELM or Expeditionary Lab - Mobile, the unit contains a 3D printer and a CNC mill (as well as more conventional tools like a plasma cutter, welding gear, a circular saw, a router, a jigsaw and a reciprocating saw). Unsurprisingly, troops on the ground are not using the ELMs to print out heart-shaped gears; rather, the point of the ELMs is to allow last-minute rapid prototyping upgrades to crucial pieces of equipment.

As one example, soldiers discovered that the on-button for one standard-issue tactical flashlight had a raised button that could accidentally be pressed, unintentionally turning the flashlight on while the soldier was moving around. Best case scenario, the thing's in a pocket, you don't realize it's on and the batteries drain down. Worst case scenario, the sudden illumination advertises your position to the enemy while you're sneaking around in the dark.

Under normal Army procurement procedures, designing, commissioning, manufacturing and distributing an updated design would take months or years. But with the ELMs, which come with two digital manufacturing technicians, a solution like this clip-on guard to shield the button can be quickly designed and printed. 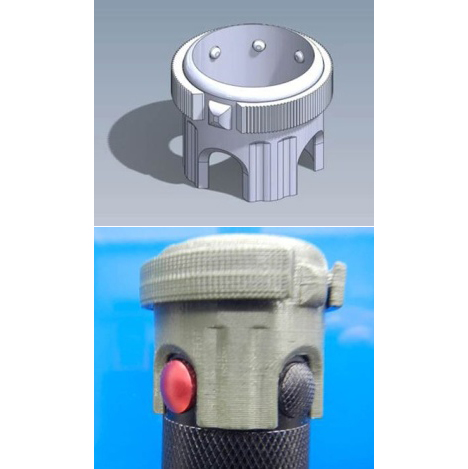 The ELM shipped earlier this month was actually the second; the first was sent to Afghanistan last summer. Following the concept's success, a third ELM is in the works and will reportedly be deployed later this year.

The following video on the ELMs isn't terribly detailed, and features CG footage that doesn't quite track with the narrative, but it's all we've got: