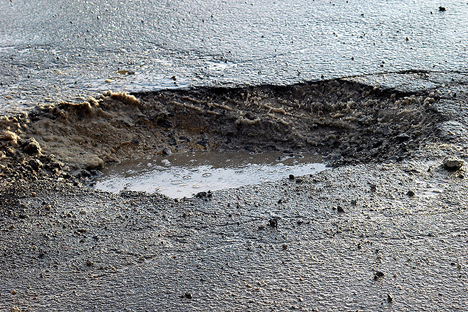 On a darkened on-ramp to the Brooklyn-Queens Expressway, I once hit a pothole so deep that it dented the rim of my Integra. Years later, on a stretch of Lafayette Street near City Hall, I hit another pothole with so much force that the Golf I was driving freaking deployed the passenger-side airbag. Google the word "pothole" and the number one link is to Wikipedia's description. The number two link is to New York City's Department of Transportation website.

The NYC DOT's Pothole Gang (probably not their official name) fixes up to 4,000 potholes a day. Their goal is to fix them as fast as they find them. And to find them, they rely on agitated motorists like me taking the time out of our day to report a pothole's location to the DOT's website. 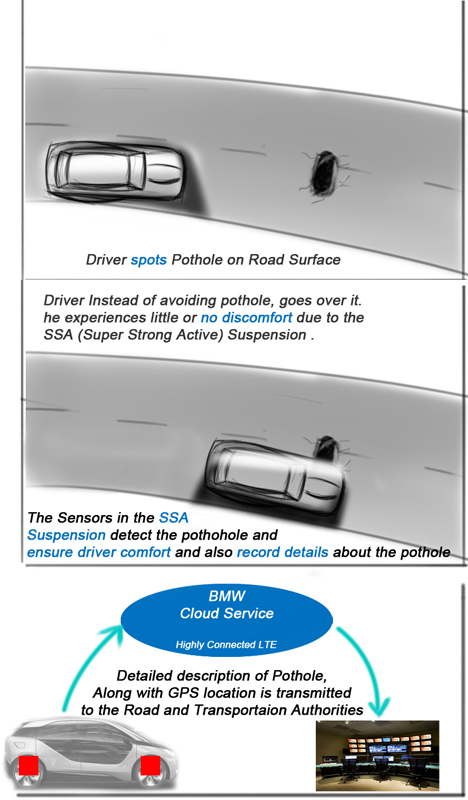 The idea behind Rao's "Beamer" concept is that the car's suspension is specifically designed to cope with pothole impacts, and once the pothole event occurs, a sensor goes off and your car radios the pothole's coordinates in to the authorities. For performing this service, the driver receives some type of tax credit or points on a BMW debit card.While it might sound farfetched, it points towards the interesting possibilities of networked cars—a concept another entrant in the competition takes even further. With his "BMW Connected Park" concept, Xavier Gordillo makes an interesting observation: Almost all the car brands are investigating the amazing possibilities [of car to car communication.] But I wasn't able to find any project that applies this technology while the car is parked. So my project is about how to apply this technology to the cars that are parked and take profit of what could be this huge net that will represent all the cars parked in all the streets of all the cities.

One facet of Gordillo's concept is that parked cars detect the proximity of other parked cars. This would essentially create a real-time database, one that all drivers could tap into, that would show where currently available parking spots are. 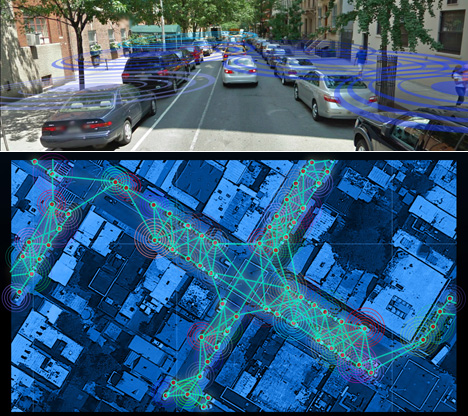 By the bye, for those interested, here's what the Pothole Gang does: