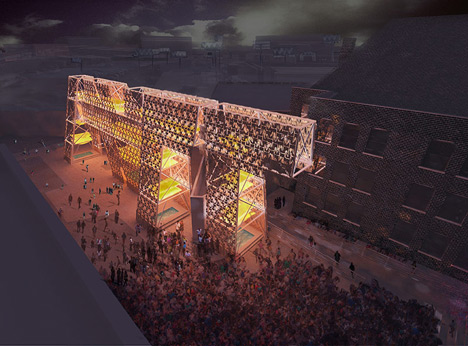 Per its progressive mission, the Young Architects Program at MoMA PS1 is a perennial celebration of experimental urban architecture, a design-build complement to their beloved summer event series Warm-Up. Each year for over a decade now, the contemporary art space has solicited proposals for a temporary 'pavilion' in the enclosed schoolyard space, selecting a winner from the five finalists. Earlier this week, they announced that CODA's Party Wall had been selected over proposals by Leong Leong, Moorehead & Moorehead, TempAgency and French 2D [Note: we also covered last year's winner]. 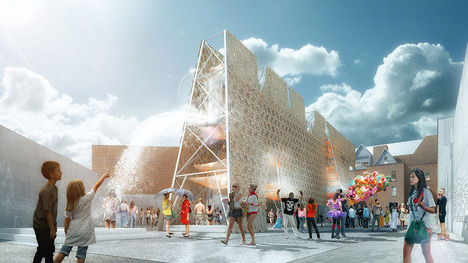 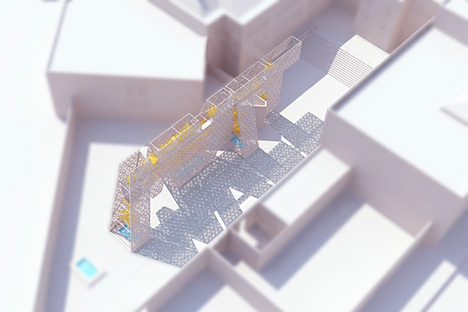 The Ithaca, New York-based firm's design is a three-story tall structure that spans much of the length of the courtyard, a freestanding steel scaffolding that is bedecked, in a manner of speaking, with offcuts from fellow eco-minded, Ithaca-based company Comet Skateboards. "Byproducts of Comet Skateboards' manufacturing process, called "bones," are woven together to form an imperfect and porous façade using off-the-shelf hardware." 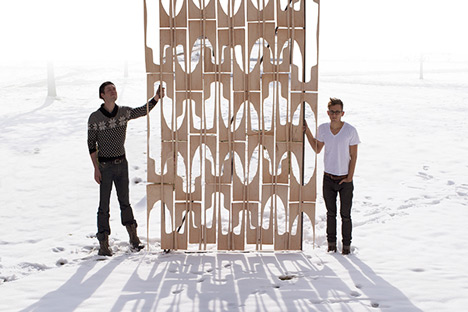 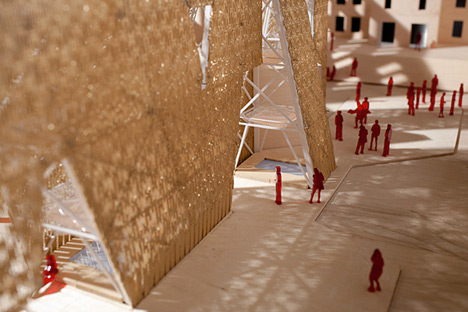 Party Wall sits on a low, stage-like platform—made from the extant VW Dome in the courtyard—which also serves to connect the multiple outdoor spaces of the schoolyard. The movable benches (also "prototyped using the uncut but misprinted bones") can be configured for various scenarios: "not only the pool party, the dance party and some architectural tourists [but also] lectures, classes, discussions, dining, performances, film screenings and even, perhaps, a wedding." 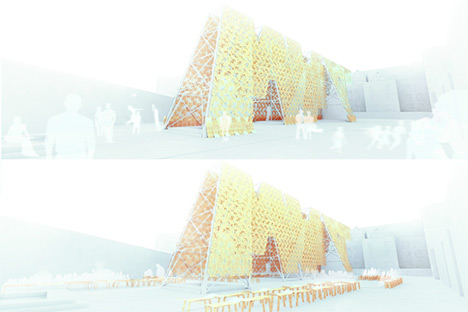 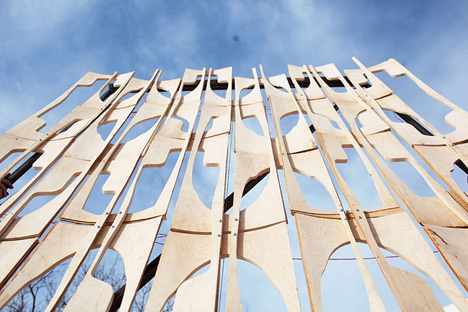 Full description from CODA after the jump...Party Wall is a vertical shade that creates space by the shadow that it casts; that acts as a stage-set for a series of micro-performances, and that sheds its skin in order to accommodate those events... Weaving together the "bones" and "blanks" that are the byproduct of eco-friendly skateboard company Comet Skateboards, Party Wall creates a porous façade that is inhabitable at a range of scales. At its feet, a series of pools is fed via a gravity-operated fountain that engages with the "church" courtyard. Ballasted by glowing water pillows and using structure by Banker Steel, the structure engages both the urban scale and the scale of the courtyard. 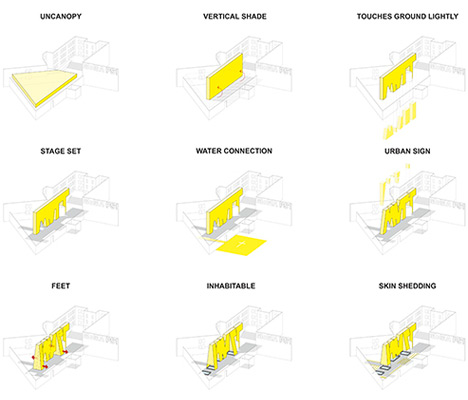 At CODA, we believe that architecture should be reactive to context, just as an organism evolves in relation to its site. PS1's context has defined this project through analysis of: - The visible context: the walls and billboards that make up Long Island City's skyline - The climatic context: the rotation of the sun around the courtyard in summer months - The new site boundary: the medium-sized courtyard building being amputated this year for an installation by Francesco Vezzoli, about which we know nothing except the precise location of the courtyard's entry - The previous winners, which favor a horizontal canopy scheme in order to provide the "shade" required in the brief - And finally, the longstanding brief: which requests an "environmentally-friendly urban landscape" which provides "shade, water and seating" is expanded this year with a second brief: - Expo 1: New York, which requests a "flexible experimental space" for a diverse range of programs from classes to concerts. These programs have in common some aspect of performance. 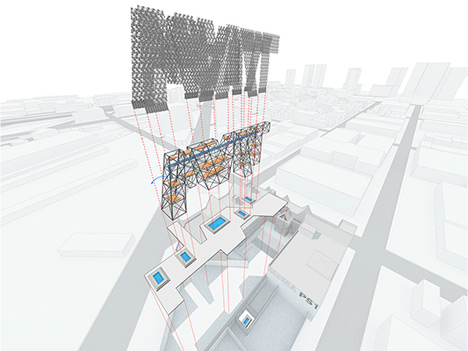 Party Wall responds to these contextual constraints by rethinking the horizontal canopy: instead, it is flipped and becomes a vertical shading device, which reconnects it to its visual and climatic contexts. 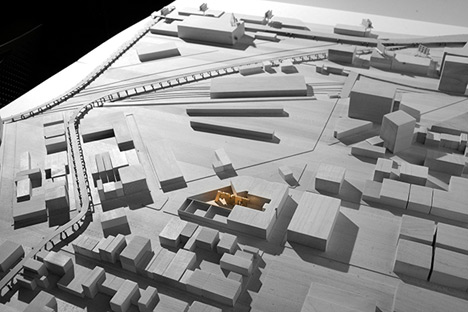 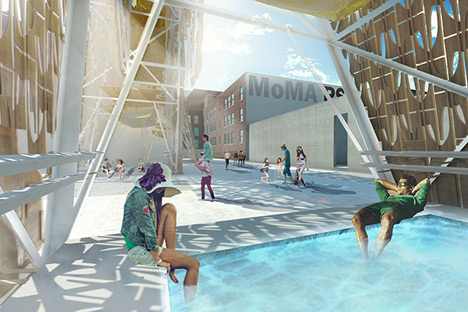 The CODA website features more about Party Wall (no permalink since it's in Flash; it's the third pip from the left), from the aqueduct-inspired water system to engineering considerations. Here, for good measure, is a fun video profile of Comet Skateboards:

Via the Architect's Newspaper