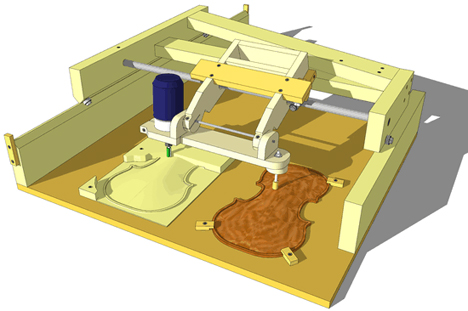 It's been a while since we looked in on woodworker/inventor Matthias Wandel, and the man has not been idle. One of his recent contraptions that caught our eye is his Router Copy Carver, an ingenious sliding mount that you can use with a palm router to trace 3D objects; it's essentially a pantograph with a Bosch Colt as the copying head. 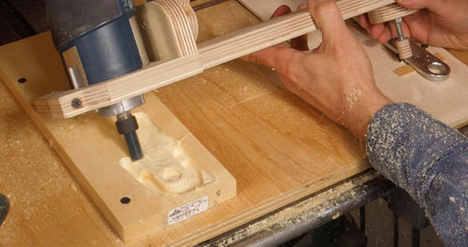 The best part is that Wandel shows you how he built the thing, step by step, and you're bound to be impressed by some of his solutions, like a trio of rollerblade bearings arranged in a triangle to hold the crossbar in position while allowing smooth travel. He's even designed a box to hold counterweights opposite the router to prevent fatigue during extended use. 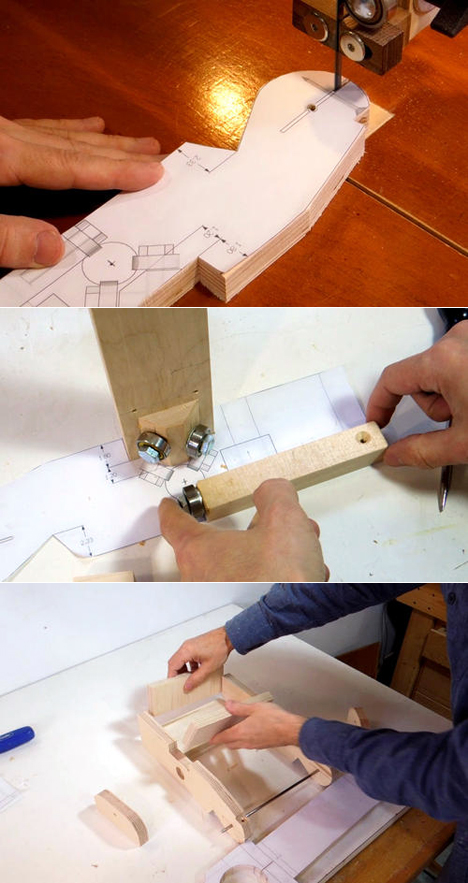 Here's Part 1, where he builds the router-holding carriage that will handle the X- and Z-axes:

In Part 2 he completes the frame, which takes care of the Y-axis, then tests it out by tracing a crescent wrench:

Pretty freaking amazing. Obviously it's going to be most useful for tracing relatively narrow, flat items cut from sheet stock or boards, and you'd have to align them along the Y-axis to give yourself the necessary space, but this looks a lot more fun than the standard "sandwich" way of doing it with a bearing-guided bit. 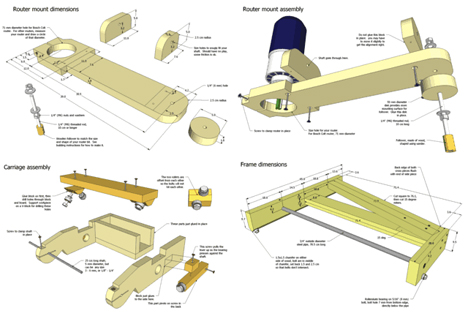 Wandel's selling the plans for a scandalously low $14.