Hell in a Handbasket: The Anti-Loneliness Ramen Bowl 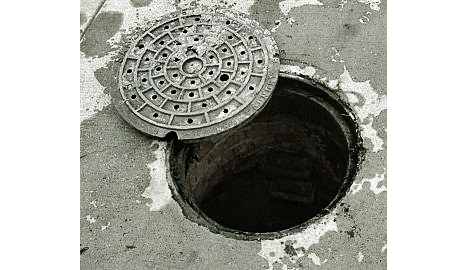 I hear driving while texting is a problem out in L.A. Here in New York it's walking while texting. On at least a weekly basis I'm stuck behind some idiot on the sidewalk who's moving like two miles an hour with his nose buried in his phone. I keep praying he'll walk into an open manhole, become flattened by a falling piano or be wiped off the sidewalk by a swinging wrecking ball, but apparently the patron saint of 1920s Slapstick Deaths has better things to do than listen to me.

If there's a single shot of a product design that could sum up this sad state of affairs, where every spare second you have requires you keep your eyes glued to your phone, it's this: 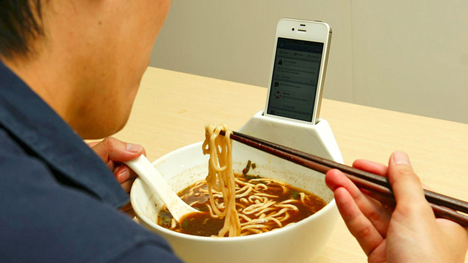 That's the Anti-Loneliness Ramen Bowl, designed by NYC-based MisoSoupDesign. And it's real, they're currently taking pre-orders. If they can figure out how to rig up a harness so you can wear this while walking, they're going to have a serious hit on their hands. 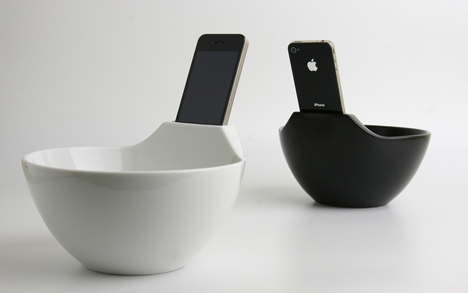