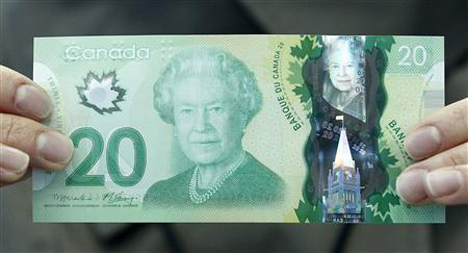 The last significant change to U.S. currency I can remember is, we added purple to the fives (in homage to Prince, I believe). Canada's gone way further to foil counterfeiters, rolling out polymer bills a little over a year ago. Now that they've had time to circulate, this month Canadian TV personality Rick Mercer expressed his displeasure at the ergonomics of the plastic bills in this video, stating they won't fold properly and have a tendency to stick together.

In addition to this possible materials science gaffe, there may be a graphic design fail to boot: Botanist Sean Blaney, of the Atlantic Canada Conservation Data Center, reports that "The maple leaf (on the currency) is the wrong species." Canada is known for the Sugar Maple, which has leaves that look like this: 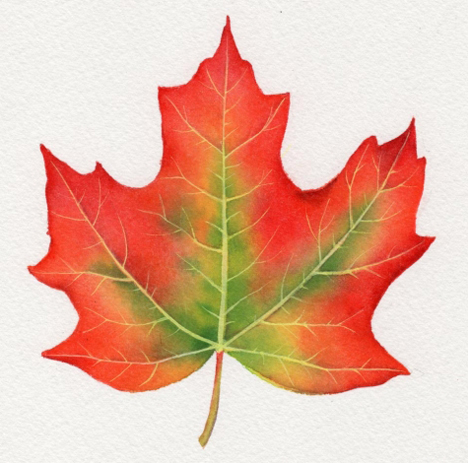 Norway also has an indigenous maple tree (which has been exported to Canada) and its leaves look like this: 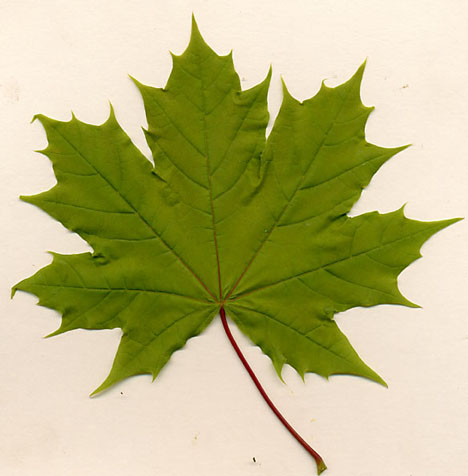 What's the diff? Not just botanists, but any designer, we feel, ought to note the difference. The leaves of the Norway maple have more lobes; in layman's terms, they're pointier. This is pretty obvious when looking at the Canadian flag whose leaf, albeit stylized, is clearly a Sugar Maple: 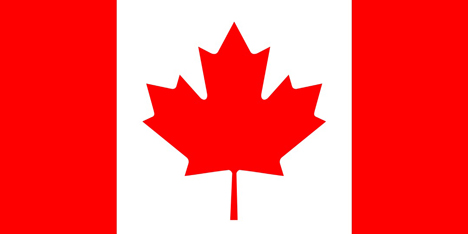 A Bank of Canada spokesperson has denied the allegations, and given a cloudy explanation that the leaf is meant to be an amalgamation of maple leaves, which doesn't make much sense given Canada's flag. "I think it's just an after-the-fact excuse," says Blaney. "...The maple that they've drawn is quite clearly a Norway maple." Looking at the leaf above the "20" in the topmost photo, we have to agree.