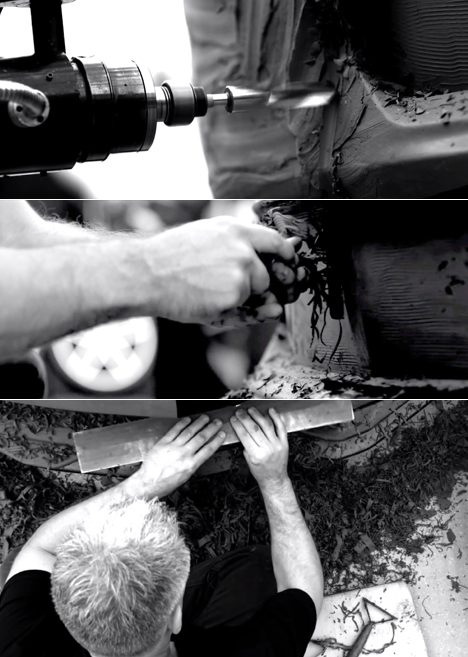 The 2014 Corvette has been unveiled, and the video being used to promote it reminds me how far the public perception of industrial design has come. Years ago, a commercial for a new Corvette would feature the car cruising down an idyllic country road, tearing up a track or whipping down an American highway. But as you'll see, the ad below starts off with footage of the team scraping out the full-sized clay model, with accompanying soundbites from designers Kirk Bennion and Tom Peters. We're then teased with some fleeting computer modeling and wall-o'-sketches shots before they hand it over to the aerodynamics team.

Sexy logo update, no? We'll get to that in a minute.