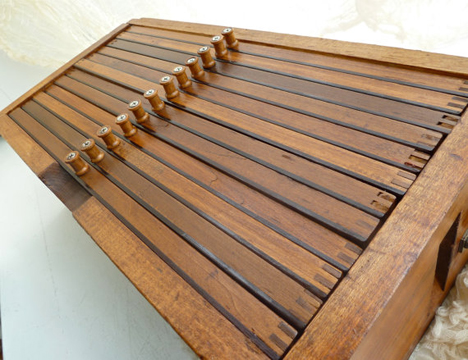 Another interesting wooden object I've recently come across is this cigar drying box. After cigars were hand-rolled or removed from their mold, they were once placed in these primitive objects and left to dry. 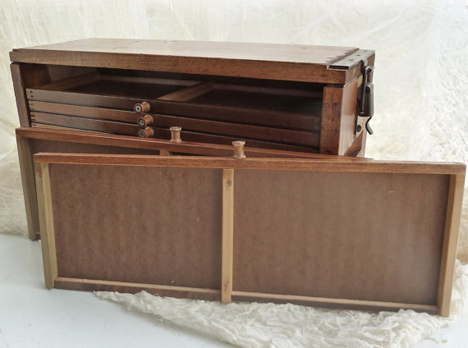 The reason I call them "primitive" is because of their design; while they might make you think of the functionality of flat files, the resemblance between the two objects is visual only. At first I thought these would be perfect for storing hand tools, saw blades et cetera, but these are not pull-out drawers; there are no runners at all. The pull-outs are simply individual trays that rest on the ones below them, and the exterior is a mere four-sided box (no back) to keep dust off the cigars. 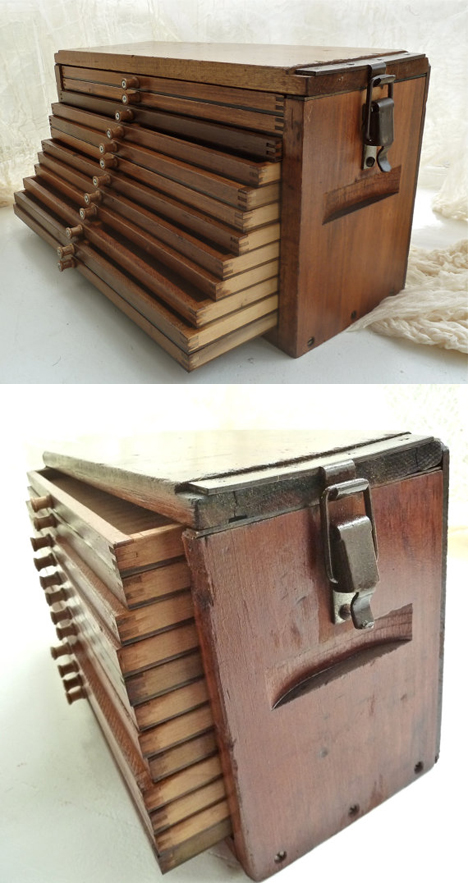 In other words, if you pull a tray out of the middle, the ones above come out with it or drop down to take the removed tray's place. This is presumably because the cigarmaking workflow meant the piece was loaded and unloaded just once per batch, obviating the need (and added cost) of constructing proper drawers. 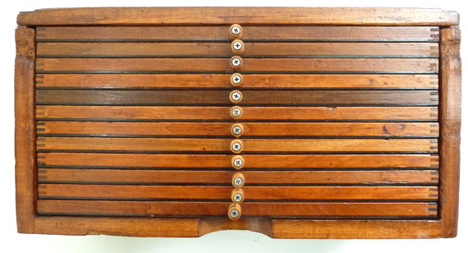 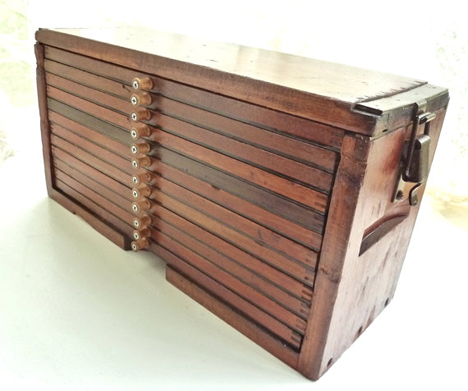 If you were to build one of these to hold hand tools, so that the trays served as proper drawers, how would you design it? My first thought was you could construct the drawer bottoms out of masonite, make them slightly wider than the drawers themselves, and have the overlap slide into kerfs cut into the interiors of either side. But I suspect drawers this wide would start to sag in the middle, depending on how heavy the tools were, so the things would need to be made narrower (killing some of their visual appeal). Any ideas?