Following yesterday's spelling lesson, here's a quick tip to remember the difference between the three homophonous words that are pronounced "PAL-it": palate, which most closely resembles 'plate,' refers to the sense of taste; palette denotes a mixing board for paints, as in several early 20th-c. French art movements; and a pallet is a portable platform for moving goods, as in "pal, let me move those for you."

As of last May, I happen to be a bit more familiar with pallets than I ever would have anticipated: several members of our NYC team were on build-out duty for last year's "All City All-Stars" exhibition, which incorporated some 300 pallets in Laurence Sazarin's exhibition design. (You can check out the largely unseen raw making-of footage here.) All of those pallets were the standard North American dimensions of 48”×40” (1219mm×1016mm), but we did encounter a EUR-pallet (also known as a "Euro pallet") in the early stages of the build, which is how I learned that they use slightly smaller ones overseas. EPAL—the European Pallet Association, of course—specifies not only its 1200mm×800mm&times144mm (47.2”×31.5”×5.7”) dimensions but also the prescribed pattern of 78 special nails that hold them together.

However, EPAL has no jurisdiction over young German designers Yanik Balzer and Max Kuwertz, who recently sent us an upcycling project in which they transformed a Euro pallet into a set of three chairs "with almost no waste of material." 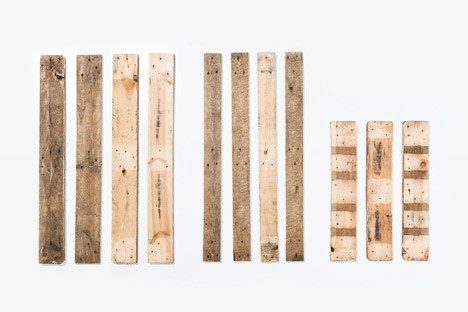 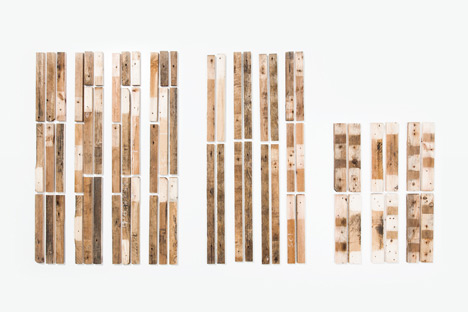 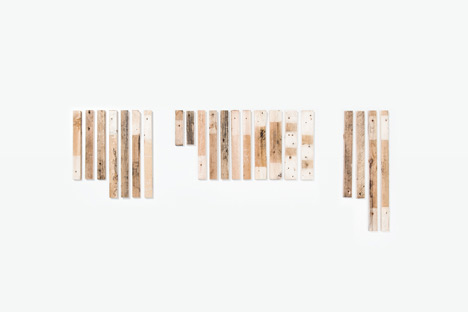 Hit the jump to see results... 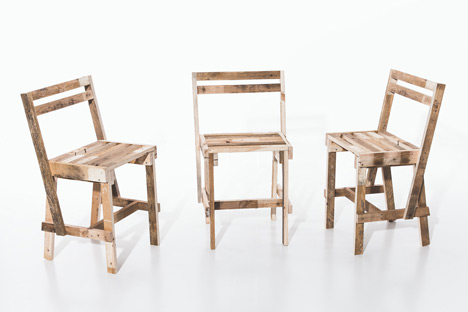 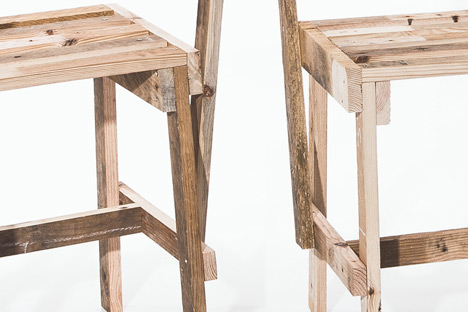 No word on the retail availability of the chairs, but considering that it looks easy enough to reverse-engineer them from the process photos, I can't imagine this is a commercial project... maybe Balzer + Kuwertz can follow up their 2012 Core77 Design Awards honor in the DIY category with the Pallet Chairs. 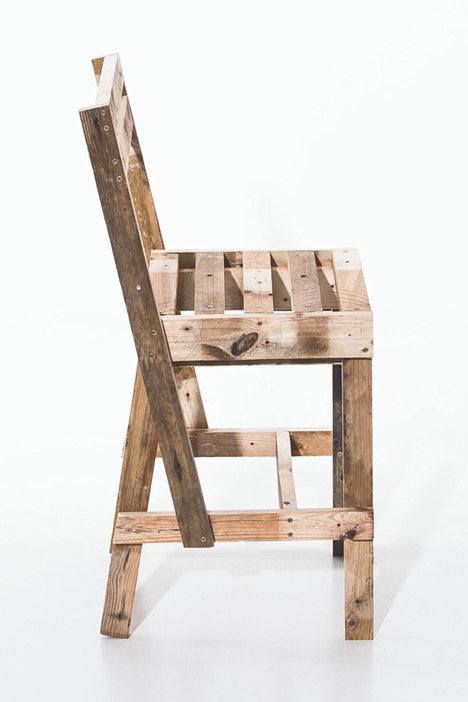