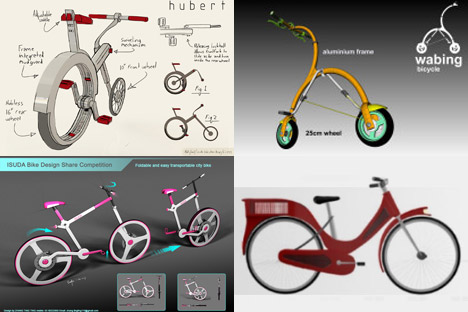 I wish James Thomas had reached out to us sooner: as the brains behind Bicycle Design, he laments the regrettable shortage of entries in the recently closed Bike Share Design contest, a joint effort with ISUDA Bike Share of Singapore. I posted the competition to our calendar shortly after it launched last September, but I neglected to read the brief in full, because it was based on a progressive premise:Unlike most other bike share programs, the system uses a novel redistribution method which is centered around mobile bike stations. Instead of locating the bikes at fixed stations around town to be checked out and returned, ISUDA places the bikes where the most potential users are at different times throughout the day. The system is designed to work with public transit... 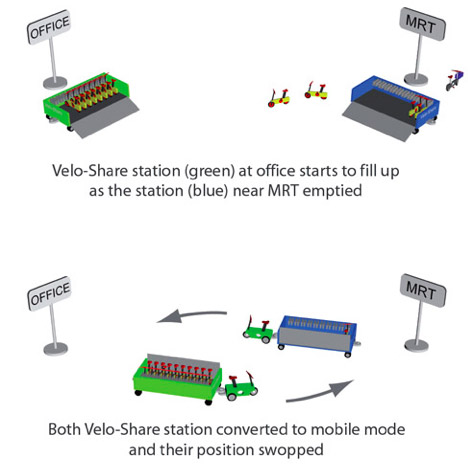 An ISUDA blog post from October 2011, shortly after its inception, describes the bike share as a potential last-mile solution for commuters: "The bicycle stations can be converted to 'mobile mode' and can be towed to another location efficiently. This eliminates the time and efforts needed to unload and load each bicycle between stations [and] is also much cheaper to produce a movable station compared to the various cost to install a fixed station." Thus, the design competition solicited proposals for this concept.

Thomas recently posted the 11 submissions that met the minimum entry requirements for public consideration; the design that receives the most votes by February 28 will be named the reader's choice winner, for which the prize is a folding bike from ISUDA.

Our two cents after the jump... 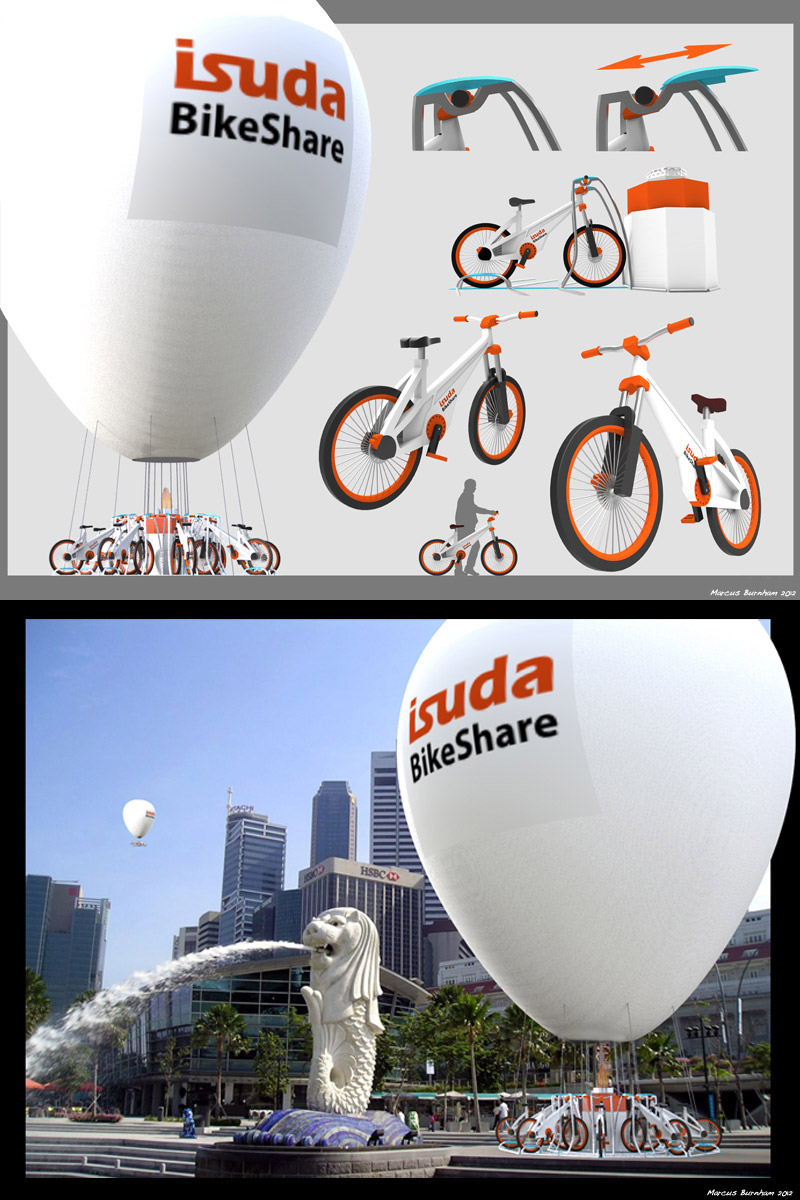 I've never been to Singapore, so I can't speak to the felicitousness of the solutions in that specific urban environment, but some of the more farfetched concepts, such as Marcus Burnam's hot-air balloon station, would never fly (so to speak).

If the patently unrealistic hubless folding bike is also out of the question, I'd actually be curious to see a prototype of Abhimanyu Rajvanshi's tank-tread concept, which is intended to reduce the traditionally fixed diameter of the wheel. Marcelo Martinelli's weirdly Wallace-and-Grommet-esque "Wabing," on the other hand, is something like a Segway crossed with the heavily critiqued Fliz concept bike. 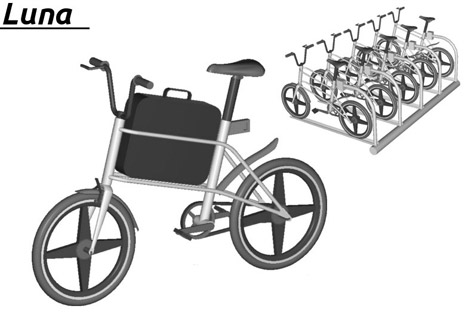 Others, such as Trixon Lab's "Luna" and Asta Sad's "Foldable City Bike," focused on the bicycle design instead of the infrastructural aspect; the latter omits the station entirely (and should be disqualified, as far as I'm concerned). 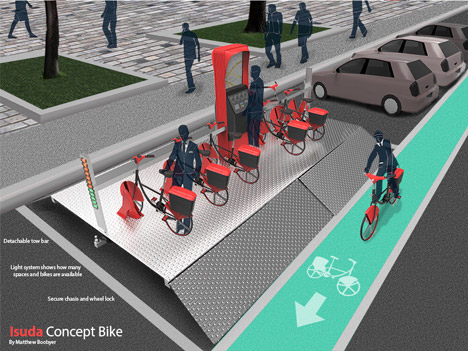 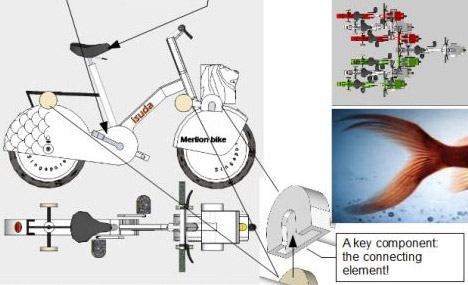 Meanwhile, Mathew Boobyer's trailer-mounted station concept is among the more practical solutions; once you get past the ostentatious styling of Vincent Pommel's "Merlion Bike," his daisy-chain trailer solution is actually quite meritworthy. Marcel Pater combines the idea of a bike-powered caravan and a trailer-mounted docking station in his slightly underdeveloped but otherwise interesting proposal. 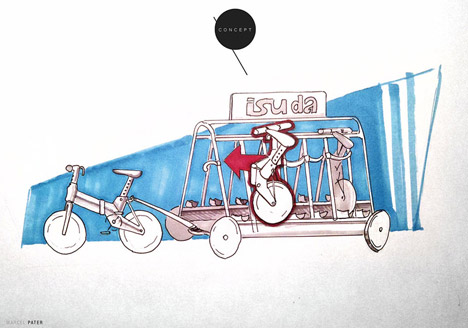 Head over to Bicycle Design to see all of the proposals and vote on your favorite.