We've all seen it: the teenagers with one earbud in, feigning interest in conversation; iPad users brandishing the device like a radiation barrier to snap a photo; the veritable hypnosis of the "cell trance." In fact, maybe you're reading these very words on your smartphone, killing time in line while you wait for the next express train or your double-shot skinny latte. No shame in that—we all do it.

These behaviors and over 20 other digital gestures are duly catalogued in a research project conducted at the Art Center College of Design by Nicolas Nova, Katherine Miyake, Nancy Kwon and Walton Chiu, in July and August of last year. The four published their findings on our gadget-enabled society in an ongoing blog and a book [PDF] as of last September. "Curious Rituals" is nothing short of brilliant, a comprehensive index of the gestures, tics and related epiphenomena organized into seven categories of vaguely anthropological rigor. (The authors also extrapolated their findings in a short film of several hypothetical not-so-distant future scenarios, which I found rather less compelling than the book.) 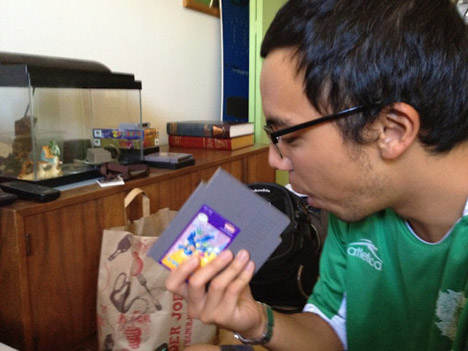 While the blog illustrates their process—along with related videos and imagery—the final report, published under a Creative Commons Attribution-NonCommercial 3.0 Unported License, offers an incisive examination of "gestures, postures and digital rituals that typically emerged with the use of digital technologies." Regarding digital technologies, [this endeavor shows] how the use of such devices is a joint construction between designers and users. Some of the gestures we describe here indeed emerged from people's everyday practices, either from a naïve perspective (lifting up one's ï¬nger in a cell phone conversation to have better signal) or because they're simply more practical (watching a movie in bed with the laptop shifted). Even the ones that have been "created" by designers (pinching, taps, swipes, clicks) did not come out from the blue; they have been transferred from existing habits using other objects. The description of these postures, gestures and rituals can then be seen as a way to reveal the way users domesticate new technologies. 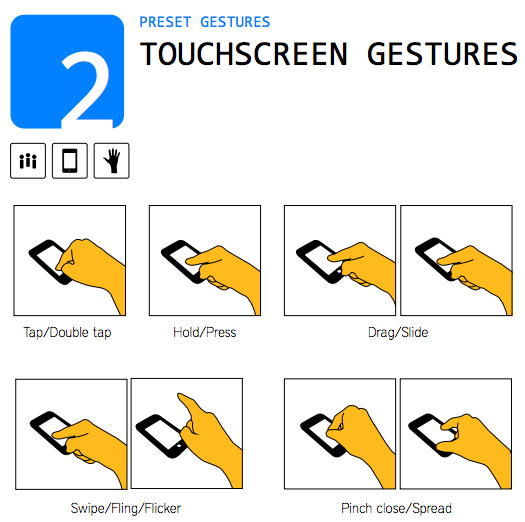 Dan Hill of City of Sound sets the stage with a number of own observations in his fluent introductory essay. The designer/urbanist/technologist sets the stage by taking a casual inventory of gestures from the "wake-up wiggle" (impatiently jostling a mouse to awaken a sleeping computer) to iPad photography (which "feels awkward and transitional") and instant-classic iPhone compass calibrator (later referred to as the "angry monkey"). I'd add that this last gesture looks something like twirling an invisible baton or fire dancing—or, incidentally, 'skippable rope' from Art Hack Day. 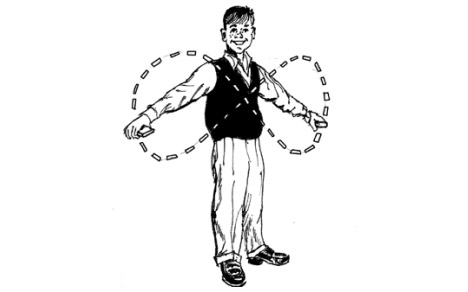 As for phenomena enumerated in the study itself, Chiu, Kwon, Miyake and Nova are invariably on point. I was interested to realize that phone-holding habits (pp.58–61) inform the design of the recently-seen Brolly umbrella, and I know at least one teetotaler who resorts to the "security blanket" (p.68) in social settings... though this could also be construed as "Social Digital Mimicry" (p.97), which I find myself guilty of when in the company of certain groups of friends. 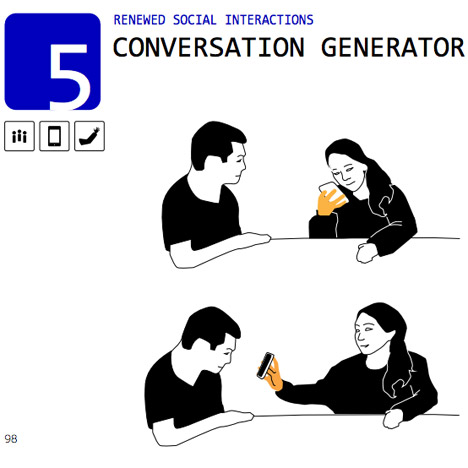 Of course, the behaviors range from anti-social or quasi-defensive to those that facilitate interaction, as in the "Conversation Generator" (pp.98-99):Beyond placing phone calls, browsing the web and playing video games, the content displayed on the phone is often used as a way to start and/or fuel a conversation. This happens in various social contexts ranging from dinner table conversations to a casual chat with strangers in the bus.

The specific instances broadly support Hill's comment that "These physical acts all make it evident that there is no separate 'virtual world': our very bodies are shaping our digital interactions" is simply another way of stating the thesis of Bret Victor's much-circulated Brief Rant on the Future of Interaction Design (which my colleague hipstomp wrote about when Victor first published the prescient essay in November 2011). I won't say much more about it, but Hill is clearly the right man for the expository piece.

Of course, his anecdotes are duly supported by the research from Nova, Miyake, Kwon and Chiu, a snapshot of the current state of an increasingly networked world, and I would highly recommend Curious Rituals to not only designers but also anyone who engages with networked technology on a daily basis—which is to say everyone.

In their own words:The questions we asked and the possible implications we arrived at on the project, should be relevant to anyone who is interested in envisioning the future. These are starting points, first questions on how technology could be domesticated, repurposed, recycled in interesting ways outside normative technological discourse. In turn, we hope the answers we come across during the project would lead us to alternative paths not yet explored.

Hat-tip (a quaintly dated gesture, as it were) to Hyperallergic