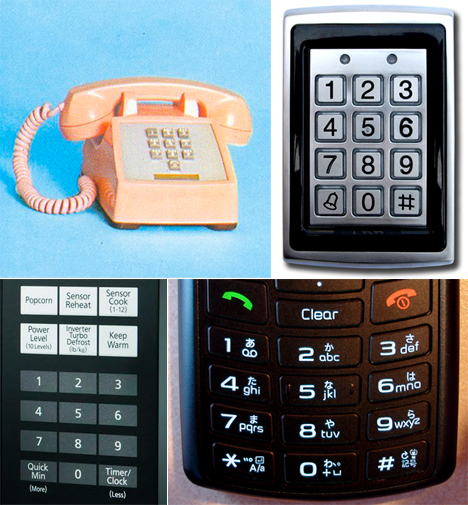 You may not know his name, but you know his work. John E. Karlin, who passed away in late January, essentially invented the touch-tone keypad. We take that ubiquitous input device for granted—it's on everything from cell phones to alarm systems to microwave ovens—but there was a time when that interface didn't exist, and no one knew what the "correct" design for quickly inputting numbers ought to be.

An industrial psychologist, Karlin was working for Bell Labs (AT&T's R&D department) in the 1940s when he convinced them to start a dedicated human factors department. By 1951 he himself was the director of Human Factors Engineering. In the late 1950s they sought a faster alternative to rotary dialing, and Karlin and his group developed the configuration we know so well today. 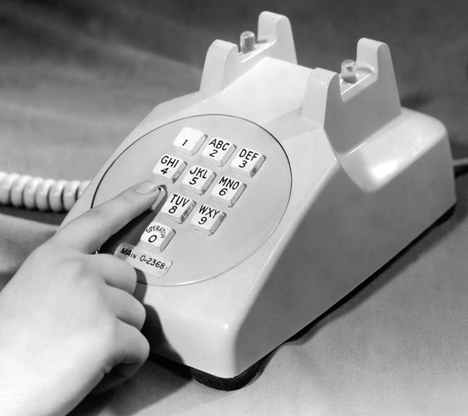 During the process they examined different options, of course. Aren't you glad we didn't wind up with this? 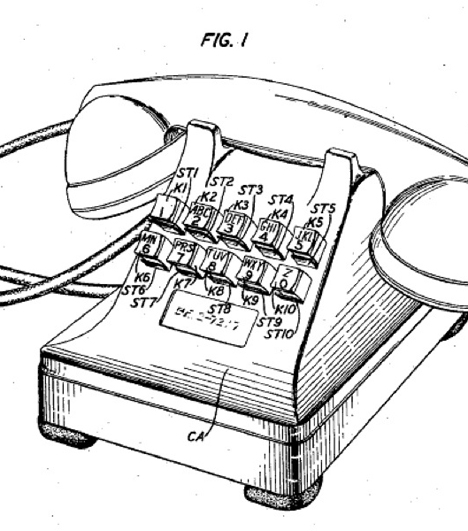 You might think Karlin simply took the calculator keypad and placed the smaller numbers up top. Nope—take a look at what calculators looked like at the time: 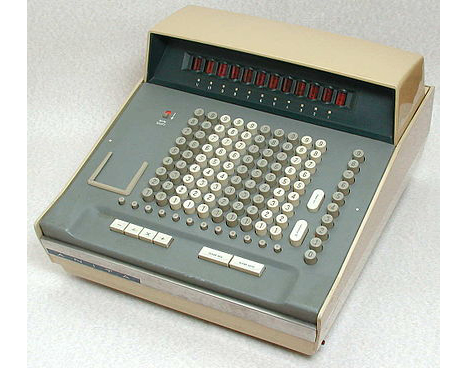 Karlin's group had nailed it. The new keypad was more accurate, and far faster, than using a rotary dial. (As per the times, the bottom row contained only a "0," there was no asterisk and hashtag—I mean, pound sign—yet.) Bell Labs rolled it out in 1963:

I like how they just run away at the end.

Forming the department and working on the keypad wasn't the only thing Karlin did, of course. The Times, who refer to Karlin as "widely considered the father of human-factors engineering in American industry," relates an amusing story of an earlier project--one that demonstrates his keen understanding of human behavior:

An early experiment involved the telephone cord. In the postwar years, the copper used inside the cords remained scarce. Telephone company executives wondered whether the standard cord, then about three feet long, might be shortened. Mr. Karlin's staff stole into colleagues' offices every three days and covertly shortened their phone cords, an inch at time. No one noticed, they found, until the cords had lost an entire foot.

From then on, phones came with shorter cords.