How Manhattan's Area Code was Influenced by the Rotary Dial 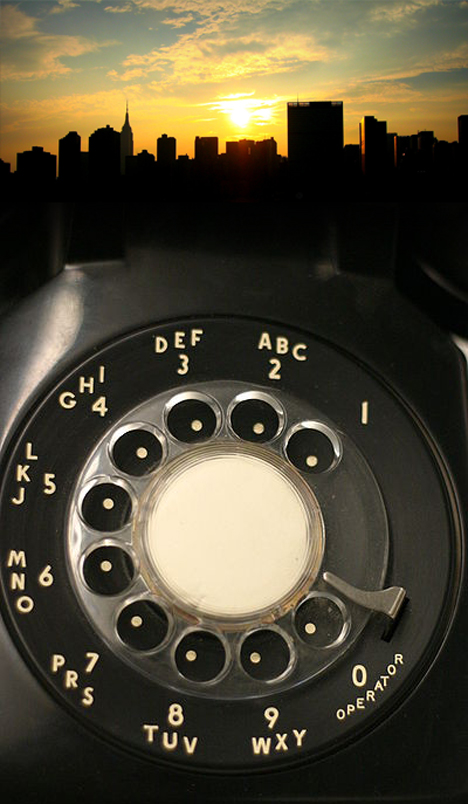 When I grew up in the '70s, all of New York City had the same area code; I could call from Queens to Manhattan, or vice versa, without having to dial "212" first. When "718" was finally assigned to the outerboroughs, there was a sort of bizarre pride that people took in having a "212" area code, which we from the outerboroughs of course thought was silly.

Interestingly enough, the number sequence "212" wasn't chosen randomly, but was a direct result of the design of the input device of the time: The rotary dial.

Touch-tone phones may have debuted in the early '60s due to John E. Karlin, but I grew up in a house that used rotary phones all the way into the '80s. It was only after we got our first touch-tone phone that I realized how slow the dial was—numbers with an 9 or 0 in them seemed to take forever, and maybe one out of ten times you'd screw the dialing up and have to start over. But "212" was always easy to dial.

As you can guess, when the North American Numbering Plan of the 1940s went about assigning area codes, "212" was assigned to New York City because it was a center of business, and businesspeople are by definition busy, and "212" is the fastest possible area code to dial; due to the way the switching equipment worked, the first and third digits could not be a "1," and the second digit had to be a "1" or a "0." So "212," at a total of five clicks on the dial, was the fastest.

Of course, after the addition of "718," it was only us in the outerboroughs that enjoyed the speed of "212"—you Manhattanites had to wait for the "7" and "8" to go all the way around the dial. Suckers!

How Manhattan's Area Code was Influenced by the Rotary Dial