Hell in a Handbasket: Mannequins with Cameras in Their Eyes 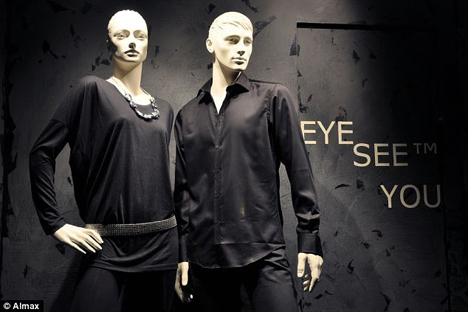 As if my robophobia wasn't acute enough, now I have to expand it into a new category.

An Italian company called Almax manufactures the EyeSee Mannequin, which is equipped with a camera behind one eye. Meant to be placed in a window display or inside the store, the EyeSee checks you out to see what you're checking out, and tries to figure out what demographic you belong to. 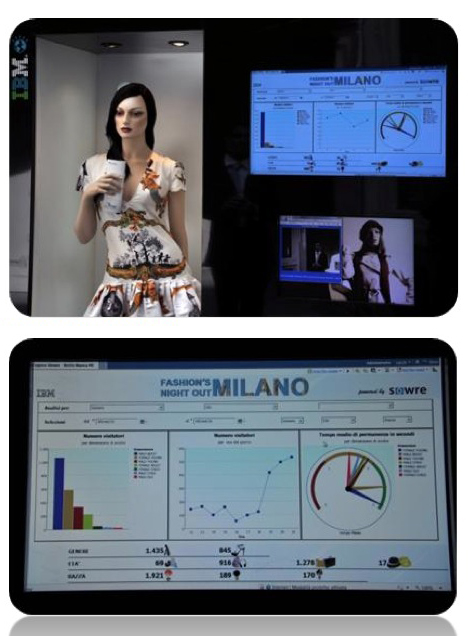 This special camera installed inside the mannequin's head analyzes the facial features of people passing through the front and provides statistical and contextual information useful to the development of targeted marketing strategies. The embedded software can also provide other data such as the number of people passing in front of a window at certain times of the day.

...[The system can] make it possible to "observe" who is attracted by your windows and reveal important details about your customers: Age range, gender, race, number of people and time spent.Because that is not creepy enough, the company is reportedly planning to add audio recording capability to the mannequins. "Say, you are in front of a mannequin with a blue dress, and you say to your friend, 'It would be wonderful to have it in red,'" Almax CEO Max Catanese told ABC News. "It will capture the words and analyze the words [but] not record it."

The "not record" part is the company's nod to privacy; they claim whatever system the mannequins are hooked up to will crunch the data but not record "images or biometric data." That makes you feel better, no?

Bloomberg reports that the mannequins, which went on sale in December, are being used in the United States and three countries in Europe. Which brands/stores are actually using them is, unsurprisingly, a secret.

Hell in a Handbasket: Mannequins with Cameras in Their Eyes