What the Future of Fish Can Teach Us about Designing Systems, by Cheryl Dahle 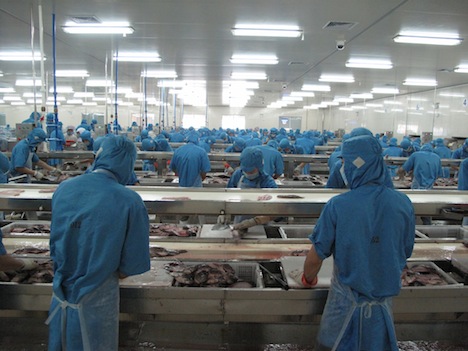 This is the first article in a series examining the potential of resilient design to improve the way the world works. Join designers, brand strategists, architects, futurists, experts and entrepreneurs at Compostmodern13 to delve more deeply into strategies of sustainablity and design.

When I began my journey to understand global overfishing, I knew that it was a sprawling and complex tangle of intertwining problems touching the spheres of policy, commerce, environment and livelihood. Now, almost five years in, I see its complexity through the stories of people I've met who live in that tangle: The New England fisherman whose house was firebombed when he dared to embrace policy reform. The shark researcher who once used a tag he'd put on a shark's fin to record its migration pattern to then hunt the poacher who finned the shark and kept the device as a souvenir. The old Chinese fish farmer who, in a trick to trump Pavlov, proudly rang a bell to bring hundreds of tilapia called by its vibration to the surface of a pond to feed.

Each of the players in this system has an incredibly personal stake in how we humans choose to rethink the way we hunt, eat and protect fish. Given that 1 billion people in the world rely on fish as their primary protein, and that 85 percent of the world's fisheries are currently harvested at or beyond their limits, the cost of failing is unthinkable. 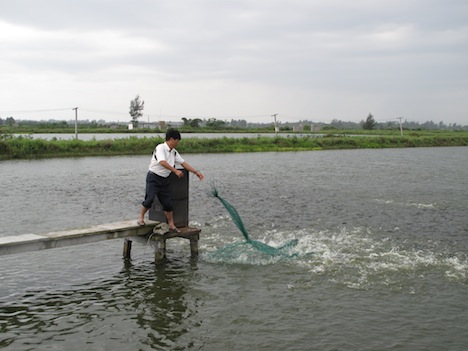 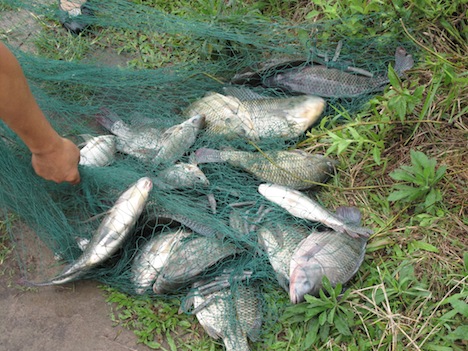 When we were first asked by The David and Lucile Packard Foundation to uncover new market-driven solutions to encouraging responsible fish harvesting, we did not set out to find one solution for all players. But because we intended to design for a system, we couldn't look for solutions for just one player or user. We had to find openings—stuck points—that once resolved, might prove the giving knot to unwind the tangle. We had to figure out how to design for many.

At every stage of our work—through four distinct project teams, three sponsoring organizations and multiple iterations—we made some right calls and some mistakes. Here's a brief look at some of the insights we gleaned along that path. 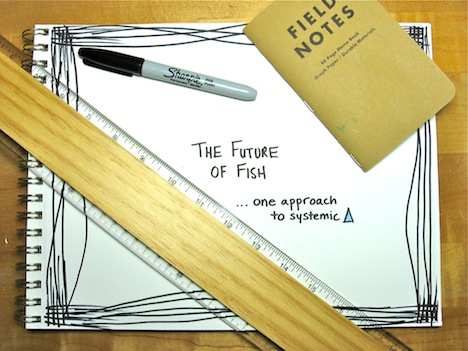 Our process included two components: 1) pattern recognition to identify which problems in the system received ample attention from existing strategies and which were unaddressed, and 2) a "design thinking" process that included sending teams of anthropologists into the field to observe.

The first phase of that process identified the middle of the seafood supply chain as a ripe area to explore; most solutions targeted fishermen or retailers at either end of the supply chain, leaving processors and distributors out of the conversation. The next phase was initially puzzling. Given a target as broad as the middle of a global supply chain, what should we observe? Who was our user? What did we need to see to guide our design? We thrashed about for a bit and sought guidance from some of the most experienced practitioners in the design world. They counseled our team to, "go with your gut." 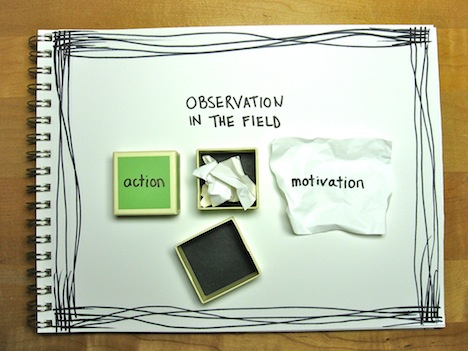 Since I have the gut of a trained journalist, my instincts told me to go where the conflict was. I offered to my co-lead in the project that the front line of our problem seemed to be transactions—whenever fish traded hands. What did those conversations and negotiations look like? What unspoken context shaped those outcomes? We ultimately dispatched teams of anthropologists to eight sites in four countries, looking for examples of distributors and processors buying and selling fish?The rich ethnographic data we got from this phase allowed us to map mindsets of multiple user groups from multiple parts of the chain. Based on the differences we saw, we identified two dimensions to measure. We looked at "flexibility," which we defined as one's disposition toward change. The two extremes on this continuum were status quo/insiders and next generation/outsiders. 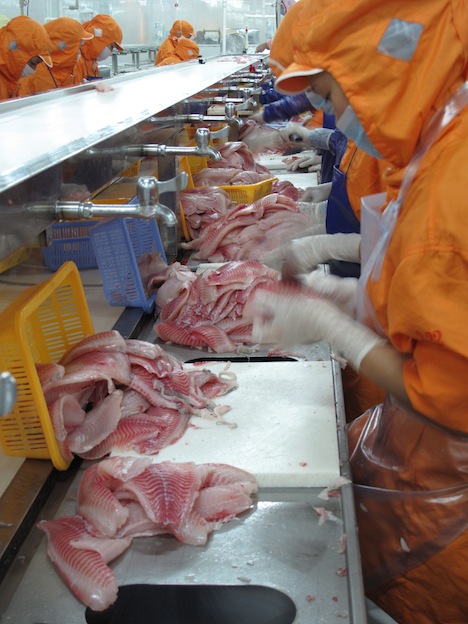 The other dimension we named "field of view," which we defined as the scope within which players frame their actions. Do they understand their own significance and effect on a larger system, or are they concerned only with how they can control and influence their own circumstances? The two extremes on that spectrum were systemic thinking, those who specifically link their actions to something larger than themselves, and daily transactions, for those whose framework of concern is narrow and driven by practical, immediate needs.

By charting these two axes against each other, we were able to identify four mindset groups: Counselors, Conduits, Catalysts and Compliers. Using these categories, we created design principles to identify the result we wanted our solution to generate. The design principles we drafted from these initial maps have carried through the execution phase and still help my current team today in navigating our work. Most importantly, these categories helped us identify which groups would be our most likely allies and partners. 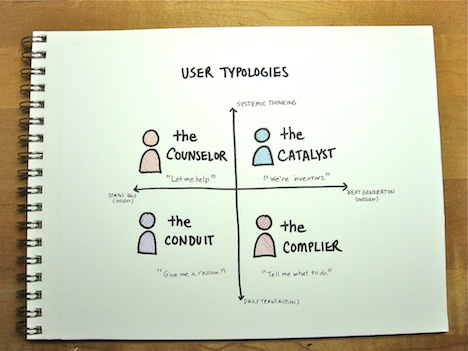 Systems are just people in motion.

Design of a different kind has continued to serve us in the execution phase. We emerged from prototyping with an idea: launch a business accelerator that would support new companies and existing businesses whose disruptive models would drive more responsible fish harvesting. Two and a half years later we have 18 members of a cohort of entrepreneurs, partners and innovators working on issues ranging from fish traceability and tracking technology to innovative fishing net design. Each business targets problematic values, behaviors, incentive structures or power dynamics in the supply chain that we identified in our previous research.

And of course our entrepreneurs do this in myriad creative ways that the initial design team could never have imagined. In execution, some of the ideas we had for system-shifting businesses have fallen away, replaced by better ones from our entrepreneurs. Others were never launched because while they looked good on paper, they failed a test of feasibility when we had more information. And, ultimately, we had to partner with the entrepreneurs we could find. An idea without a champion is of little use. 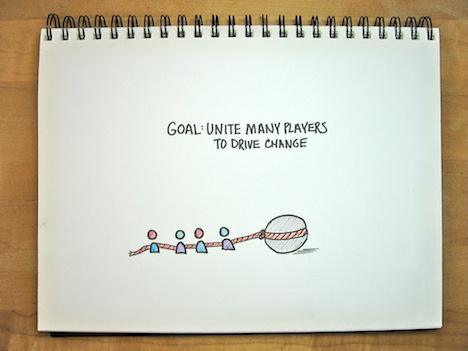 That "people platform" question became the core design challenge of the execution phase: How do we design interactions between potential competitors—folks who've been enemies on opposite sides of policy debate, scientists and business people who don't speak the same language—to enlist their help and collaboration?

For insight there, we turned to the work of one of the masters of collaboration design, Adam Kahane. Shortly before we convened our first group of entrepreneurs, I read his book, Power & Love, which chronicles his attempts across multiple systemic problems in the Middle East, South Africa, Europe and India, among other places, to align players to drive change. He writes about the fundamental tension in all of these situations between self-interest and shared interest: What's in it for me, versus what's in it for the greater good? He dubs the latter love and the other power based on a quote from Martin Luther King: "Power without love is reckless and abusive, and love without power is sentimental and anemic." The trick, he writes, is to balance this tension.

Certainly far easier said than done. But what might seem at first glance to be abstract theory has proved incredibly instructive. When we convene any group—fishers, processors or financiers—we're clear about setting up the conversation so there's something in it for them. We acknowledge the interests of everyone in the room and we never ask anyone to sacrifice their self-interest. We work to show, to prove, that there is a reason for them to shift their thinking and behavior. 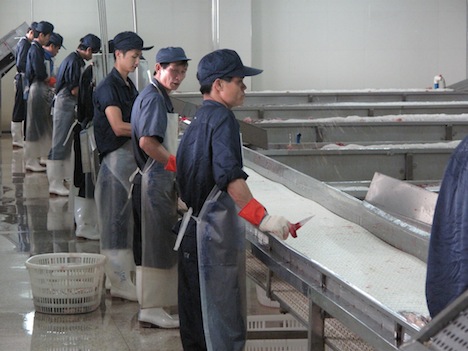 That design principle might sound small, but it's been key to our work. It has also been a different approach in a field historically divided by a black-hats/white-hats mentality that demonizes all business and ascribes morally bankrupt motives to every industry flaw.

The balance doesn't always work. But consciously striving for it has helped us navigate in post-prototype life when the messiness of real people and budgets make mockeries of the clean-slate, perfect-world brilliance of ideas on a whiteboard.

Learn about resilient design at Compostmodern13 in San Francisco

Explore the potential of resilient design to improve the way the world works next month with designers, brand strategists, architects, futurists, experts and entrepreneurs at this sustainability conference, held March 22-23 by AIGA San Francisco. Day 1 provides fast-moving presentations loaded with inspiring insights. Day 2 will be a Future Blitz workshop led by AIGA medalist John Bielenberg that grounds inspiration in action. Reasonably priced, Compostmodern is a can't miss event for anyone interested in the cutting edge of sustainability and design. Take advantage of early-bird rates through February 28th.

What the Future of Fish Can Teach Us about Designing Systems, by Cheryl Dahle