Redesigning Canada for the 21st Century 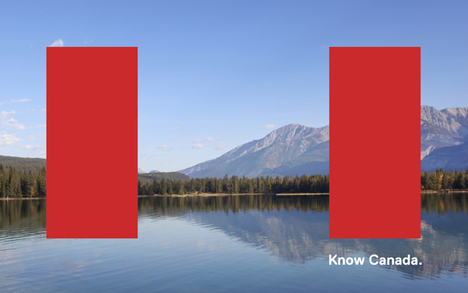 Americans can be a little hard on Canada. A rebranding for the benefit of the United States seems a little extreme, but it does seem difficult for the average American to discuss much about Canada beyond hockey, moose and maple syrup. To help Americans, Studio 360 with Kurt Andersen recently asked Bruce Mau Design to give the USA a short lesson on Canadian culture as part of their series "Redesigns." While recent controversy surrounding the redesign of the $20 dollar bill doesn't bode well for Canadian graphic design, this concept does away with the maple leaf completely. You have to admit, if we owe the walkie-talkie, peanut butter and 20% of the worlds freshwater to Canada, maybe they do deserve a little more respect. 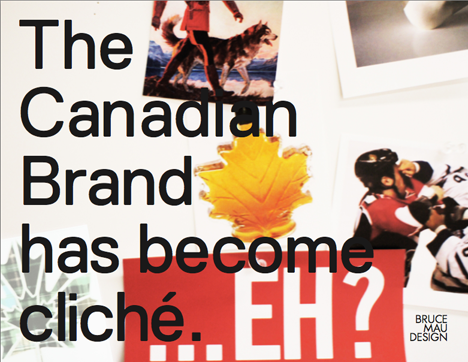 "In our redesign, we begin with an assertion that Americans simply don't understand Canada. Our view is that Canada doesn't need a redesign; rather, Americans need to be educated." -Bruce Mau Design 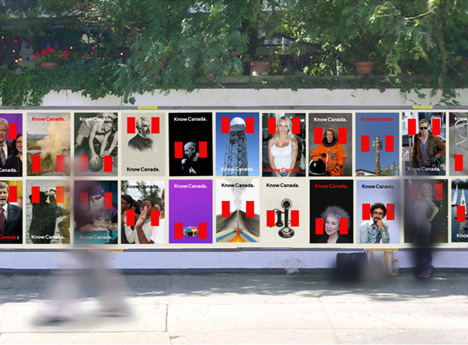 For the sake of fairness to our northern neighbors, the Canadian radio program Q with Jian Ghomeshi also took a shot at Redesigning America. (And lest we forget, Bruce Mau's identity for Toronto's OCAD University was the 2011 Core77 Design Awards winner for the Visual Communication category.)

Redesigning Canada for the 21st Century