As Google's Project Glass moves closer to completion, they're making a two-pronged push to draw eyeballs, both figuratively and literally. For the former, they've released a video with actual footage captured through actual Glass prototypes:

It's funny how quickly I've become accustomed to the fineness of GoPro's smooth footage; Google's comparatively primitive video quality leaves no doubt that the footage is real.

1. Exciting athletic or action-packed POV footage, à la GoPro. 2. Voyeuristic or "memory-making" POV footage, as with the ballerina about to hit the stage, folks playing with their children and dogs. 3. Practical real-time referencing, as with the ice sculptor pulling up images of his subject. 4. Hands-free photography. 5. Real-time sharing, à la Facetime, as with the man sharing footage of a snake with (presumably) his wife and child. 6. Real-time navigation. 7. Real-time translation (though I think choosing tone-based Asian languages like Chinese and Thai will present some implementation challenges).

What's interesting is that Glass promises such a broad range of applications—quite a different tack from Apple's approach of making their devices do a few things well. For us designers, the video raises questions of interface design: Glass presumably taps into Wi-Fi, how do we access the network and enter passwords? Will the voice control work on a crowded sidewalk or a noisy train station? How fine is the camera's voice-prompted shutter timing? How, and how often, do users charge the device? And how do users get footage off of the device? 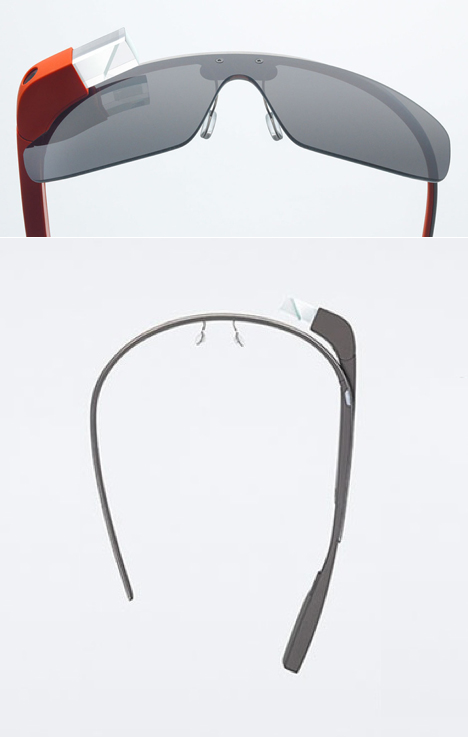 The answers to these questions will be known to those chosen to participate in the literal part of Google's eyeball gathering: They've released an open call for "Glass Explorers," folks willing to pony up $1,500 to participate in Beta testing. "We're still in the early stages, and while we can't promise everything will be perfect, we can promise it will be exciting," the team writes. They also can't promise you'll be accepted; there's an application procedure requiring you pitch yourself in 50 words or less, though you can submit extras like photo and video. Would-be Explorers can click here to learn more (though you'd better hurry, as there's less than a week left to apply).

We're very curious to see if Apple will eventually jump into this fray. With their iDevices, they've got small cameras; their rumored iWatch will reportedly have curved glass displays worked out; Siri's given them voice-rec. There are kinks to be worked out, of course, which is why we'd also be interested to hear from any of you who are chosen as Explorers.