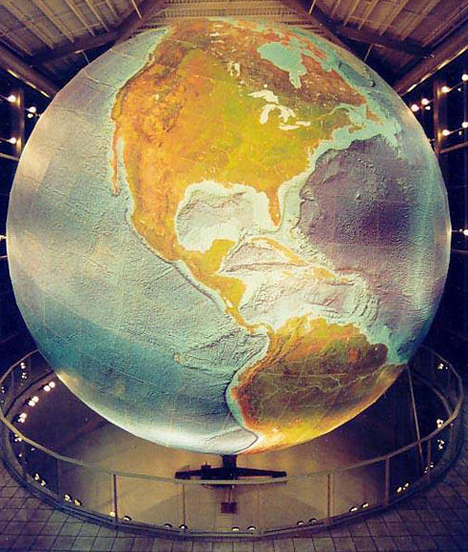 We'd previously reported that Matt Binns of Giant Globes Inc. is the go-to guy if you need a big-ass scale model of Earth, but as it turns out, Binns isn't alone. A Maine-based mapping and GPS company called DeLorme has constructed a whopping 41-footer. This thing is so big, the Indiana Jones boulder has nightmares about being crushed by it.

Designated the "World's Largest Revolving/Rotating Globe" by the Guinness Book of World Records, DeLorme's creation is called the Eartha, presumably because they're fans of Eartha Kitt. Or maybe because it sounds like "Earth," I don't know, I'm not a linguist. Anyways the gi-normous globe is on display at their HQ in Yarmouth, encased in a three-story glass structure that can be seen from the nearby highway. 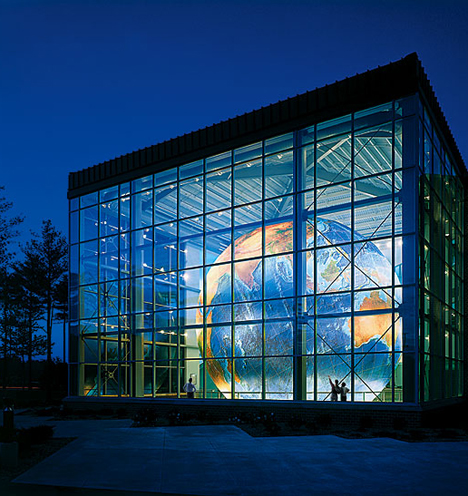 It rotates at a rate of one revolution every 18 minutes, though it can be accelerated to one revolution per minute, which will teach those pesky kids not to climb on it.

So how's it made? With six thousand pieces of aluminum tubing forming a skeleton, which is then skinned with nearly 800 surface panels. 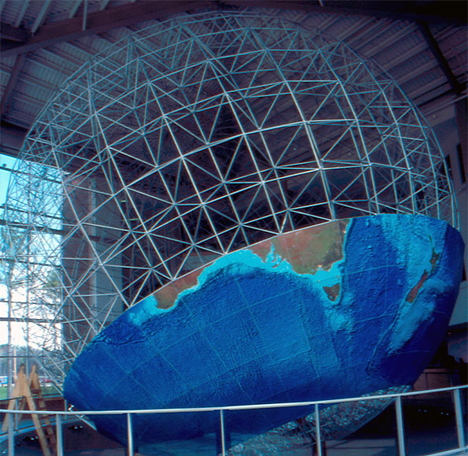 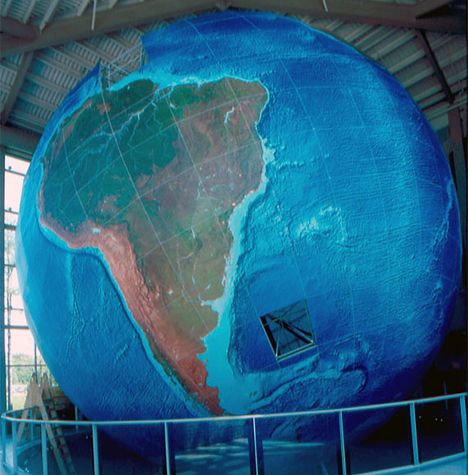