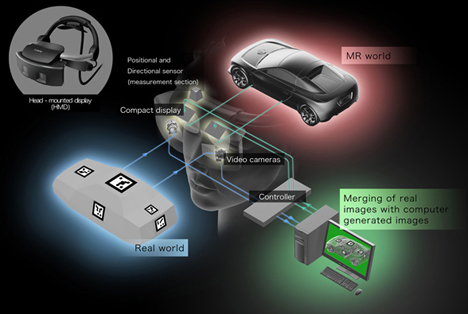 We first reported on Canon noodling around with augmented reality, which they branded "Mixed Reality," back in '09. Their system had this clunky two-handed viewfinder: 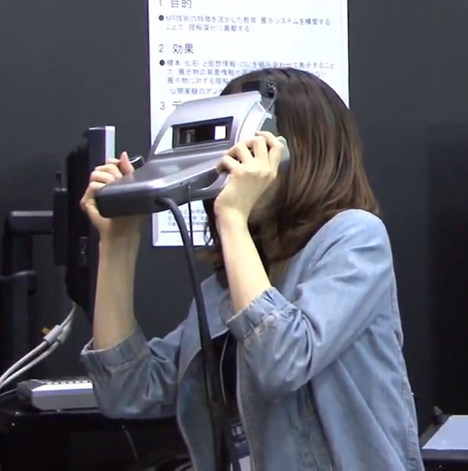 By last year they'd refined it into a smaller set of goggles, though they artfully added some protruding antennae, to prevent the user from looking too cool: 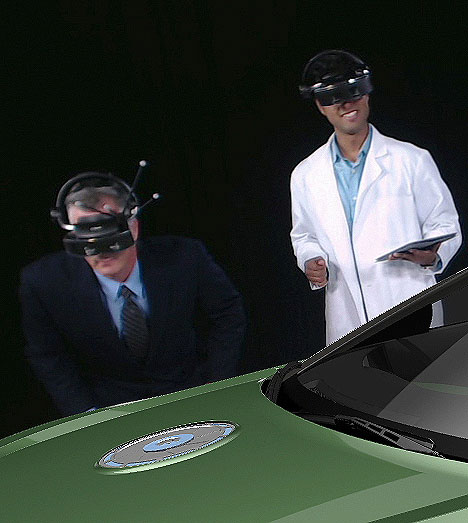 The system was pitched specifically for industrial design applications, getting our hopes up, however guardedly. We've seen plenty of pie-in-the-sky technologies promised and never delivered, but this morning Canon announced the system is ready for roll-out. While some media sources are reporting a March 1st launch, Canon's saying it's available now. And if their press photo is to be believed, they've done away with the dorky antennae: 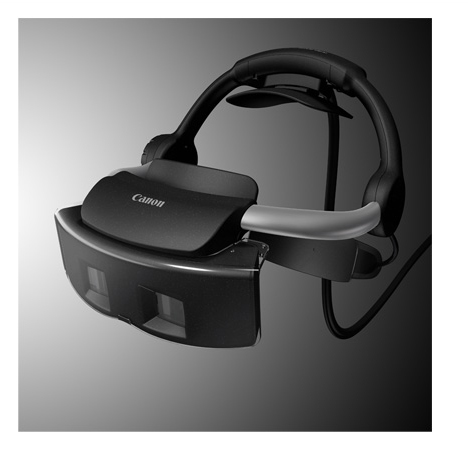 Now called the Canon MREAL System for Mixed Reality, it promises to "seamlessly [combine] the virtual world of computer-generated imagery (CGI) with your real-world environment. This revolutionary advance in imaging technology will enable your teams to boost overall productivity, enhance interaction and collaboration, focus on details, and gather important feedback quickly."

None of that science comes cheap, of course; buy-in reportedly starts at $125,000, with annual maintenance costs of 25 large, so the Core77 offices will probably not be picking one up on the way back from lunch. But those of you in automotive or Hollywood, we're guessing, might get your hands one of these sooner rather than later.