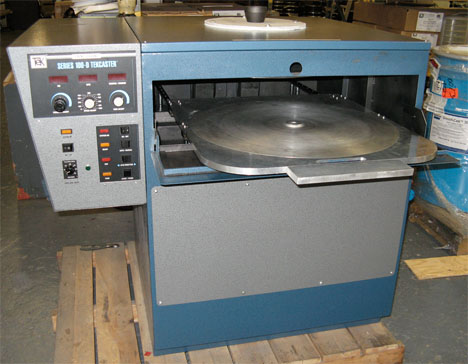 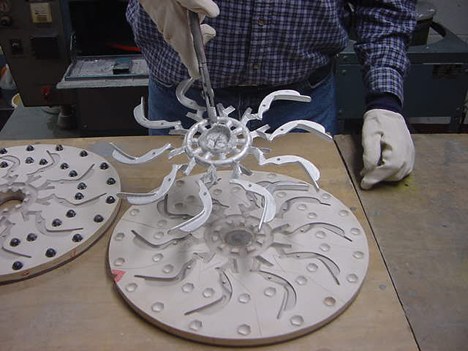 Injection molding is awesome. It's also freaking expensive, with high tooling costs that keep it out of reach for your average independent designer, craftsperson or hobbyist. For those seeking to create smaller runs of smaller objects, the production method known as spin casting provides similar capability at a fraction of the cost.

To dumb it down a bit for the non-production-method-initiated, injection molding requires the mold—typically made from steel—be precision-machined, which is where the high cost comes in; obviously it depends on the size of what you're molding, but generally speaking you'll pay anywhere from high four to low six figures. Manufacturers offset these costs by producing high runs.

In contrast, with spin casting the tooling cost is absurdly low; if some of the spin casters', well, spin is to be believed, you'd pay in the tens or hundreds of dollars for what would cost the aforementioned four to six figures to tool for injection molding. That's because spin casting uses cured rubber molds that are cast around your initial object, providing good accuracy at a much lower cost (and an attendant shorter lifespan for the mold, though it's still capable of cycles in the thousands).

The way spin casting works is that your initial object(s), represented by the white circles in the image above, is surrounded in a circular vat by molten rubber, represented in blue. The rubber is then vulcanized, "locking in" what will be the negative space after your piece is removed. The vulcanized mold then has the gates and vents, or channels that the final molten material will flow through, cut into it as seen below. As opposed to a milling machine cutting channels into steel, this is done here by an expert wielding a knife.

Your object is removed, and the mold is placed into a spin caster, which is essentially an industrial turntable. Like VCRs of yore, they come in both top- and front-loading models. 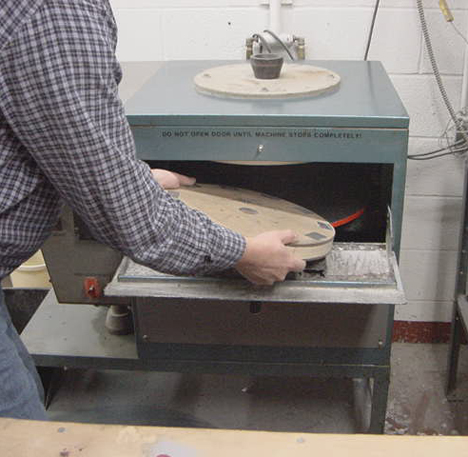 The turntable is spun up, and molten material is poured into the center of the mold through a hole at the top. 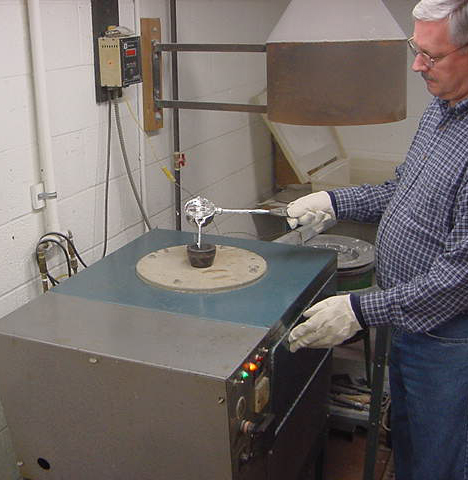 Centrifugal force then sends the material through the gates, towards the periphery of the mold, where your object's negative space is. Then, within minutes or even seconds, your object is cast. As for the sprue, "If done properly, the cast parts can be snapped off at the gates without the use of tools and should require little or no finishing," writes Contenti Spin Casting.

As for what you can make, spin casting can accommodate smallish metal or plastic parts, and a good spin casting set-up can be so accurate that you can even cast mechanical parts like gears. Spin casting service provider TekCast's website provides a good idea of the range of items they can produce, and they claim they can even reproduce gears without the subsequent machining of the teeth that would be required with a rougher production method like sand casting.

As far as materials, one of the limitations of spin casting is that it's a low-melting-point operation--you don't wanna melt that rubber mold, after all—meaning you've gotta stick with zinc alloys, pewter, or thermoset plastics. But that's still good enough to make things like medallions, figurines, hood emblems, aforementioned mechanical parts, et cetera, and if you've gone with metal you can further purty 'em up with electroplating and the like.

If you want to set up your own spin casting operation, startup costs are quite low: You can get all three machines required—a Vulcanizer, Melting Furnace and Spin Casting Machine—for as low as $10,000. If you're just looking to dip your foot in the water, a Google search will turn up spin casting outfits like the two linked to here.

There's a bunch of spin casting videos online, but here's a good, condensed look at the process (with the second half focusing on that provider's in-house finishing techniques):

One word of warning: If you decide to farm your spin casting job out, make sure you communicate well with your service provider. One horror story I read in an online forum of hobbyists came from a guy casting multiple figurines of different designs. He assumed the provider would fill the molds with multiple figurines, then break the sprues off; instead they created one mold per figurine. Since the supplier charges both per mold and per spin-up of the machine, his bill came out exponentially higher.

Speaking of which, if any of you with direct spin casting experience have any other hard-earned lessons with the process, please share in the comments.