A BoConcept Benz, Anyone? 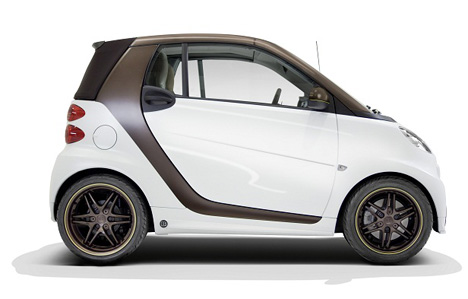 Here's a theoretically interesting pair of design bedfellows: Mercedes has partnered up with BoConcept on the SmartCar you see pictured here, which carries a title longer than the car itself: It's called the "smart fortwo BoConcept signature style," and it will make its first appearance in Berlin next week as a "brand ambassador" vehicle. 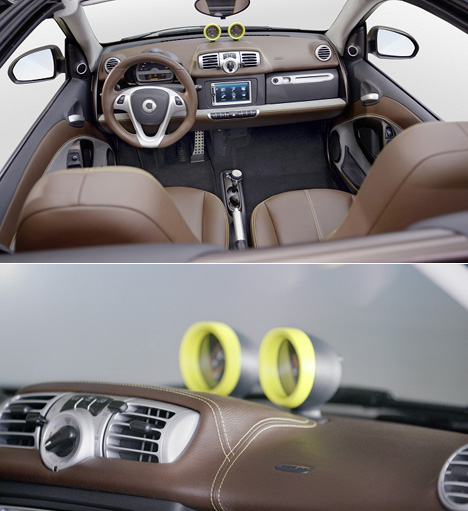 Okay, fine, let's get honest. One, I know I lured you into this entry with an alliterative parent-company/sub-brand bait-and-switch in the title. So sue me. But two, looking at these photos, you're probably as underwhelmed as I was by the nature of the collaboration, which seems more like a BoConcept designer text-messaged some Pantone numbers over to Smart HQ rather than the two bodies engaging in a real meeting of the design minds.

So why'm I bringing it up? Because wouldn't it be interesting if a design outfit and an auto manufacturer actually did an earnest design collaboration, going beyond mere color schemes and materials swaps into real ID? Sure, there are some aesthetic risks—I could see a Lincoln kitted out with Ethan Allen couches, or an IKEA/VW collaboration that introduced more particle board than we'd like, but think of the possibilities: Would you not like to drive a Karim Rashid Porsche with an obscenely sensual stickshift? Or a powerful piece of Detroit steel, like a Dodge Charger, tricked out with fellow Michiganite Herman Miller's seating? Or anything with a dashboard designed by Dieter Rams?

All I'm saying is, car companies like Porsche, BMW and now Peugeot have been steadily encroaching into product design territory for years. It'd be nice to see it start going the other way.

A BoConcept Benz, Anyone?