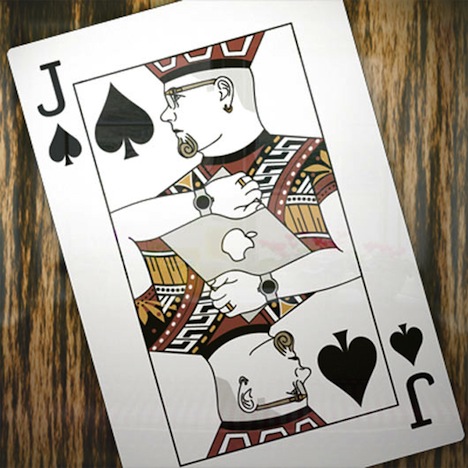 Jeroen van Geel was invited to participate in the Redux at Interaction 13 in Toronto. Speakers were invited to reflect upon the conference content on the last day of the conference. This is part of his reflection, combined with some after thoughts.

Interaction design is a young field. At least, that's what we as interaction designers keep telling ourselves. And of course, in comparison to many other fields we are relatively young. But I get the feeling that we use it more as an excuse to permit ourselves to have an unclear definition of who we are—and who we aren't.

At this year's Interaction Design Association (IxDA) conference, Interaction 13, you got a good overview of the topics that are of interest to interaction designers. And I can tell you that, as long as it has something to do with human behaviour, it seems of interest. In four days time there were talks and discussions around data, food design, social, health, gaming, personas, storytelling, lean, business and even changing the world. The topics ranged from the very specific task of creation of attributes to having an impact on a global scale. It shows that interaction designers have a great curiosity and want to understand many aspects of life. When we think we have an understanding of how things work, we have the feeling that we can impact everything. Of course this is great and we all know that curiosity should be stimulated, but at the same time this energy and endless search for knowledge can be a curse. Before we know it we become the jack of all trades, master of none. Interaction designers already have a lot of difficulty explaining their exact value. But where does it end? I don't know the answer, because I myself understand this endless curiosity and see how it helps me to improve my skills. Maybe the question is: are we becoming more a belief than a field?

The theme of Interaction 13 was 'social innovation with impact.' From this topic there were several presentations that focused on the role of interaction designers making the world a better place. Almost all designers in general, but every interaction designer specifically, wants to have this kind of impact. Over the last few years I've seen quite a few presentations at 'User Experience' conferences where a speaker enthusiastically puts his fist in the air and proclaimed that the time has come for the interaction designer to make the world more livable. Everybody cheered, interaction designers rallied up with their sharpies and thought they could solve every possible wicked problem. They enthusiastically went back to their huge corporation or agency in the hope that the next day they would finally get this world-changing assignment from their boss. But of course it didn't work that way.The thing is: we aren't going to change the world with this job. We may have an impact on a smaller scale, but we should stay realistic. All the examples that are being used to convince us of our worth—from Apple products to The People's Supermarket, Airbnb and Kickstarter—have been created by people who don't call themselves interaction designers. They call themselves entrepeneurs, catalysts or CEO. The main difference between these people and interaction designers in general is that entrepreneurs fundamentally understand business, markets and innovation, while interaction designers mainly focus on people and technology (and barely the surface of technology).

Right now interaction design, as a field, is there to make sure that the products and services that must be created within this innovative possibility work wonderfully well. We understand that every small interaction between people and companies adds certain value. Our power lies in this understanding and the ability to link design with technique. But this is no longer satisfactory for a lot of people in our field. In her Interaction 13 talk 'New Frontiers: the UX professional as business consultant' Cindy Chastain showed several quotes from very experienced interaction designers who are now in the boardroom talking and guiding companies in new directions. They aren't drawing wireframes and flows anymore, but have created such an understanding of human behavior that they are able to help in a customer-centric way. These experienced interaction designers have actually grown into business consultants, with a background in interaction design. And from their old perspective of interaction design and their growing influence and knowledge, they are expanding the field, pulling in more and more strategic attributes. The question is: is this automatically a good thing?

As a field, interaction design has a wonderful future. The internet of things is finally happening, companies understand the need for good working interactive products and currently, the title 'interaction designer' has great value. There is a growing understanding of human behavior, but currently our weakness (and chances) lie in developing more knowledge around the business side. And that is where it becomes slippery, because in our enthusiasm we want to pull business strategy into the field of interaction design. Some of us even talk about UX strategy, which is in my mind putting things out of perspective. Let's stay curious and connect with other fields, but be aware that in our youthful enthousiasm we don't try to assimilate everything.

Jeroen van Geel is interaction director at Fabrique [brands, design & interaction]. He is an international speaker and a writer on the field of interaction design and has a great interest in the world of product personality. Jeroen has pushed forward many design projects, ranging from the next generation mobile apps for Dutch public transport to interactive projects for Rijksmuseum Amsterdam and the new automated border control systems at Schiphol. He was the founder of Johnny Holland. His goal is to return a bit of wonder into the world, even if it is just for himself.