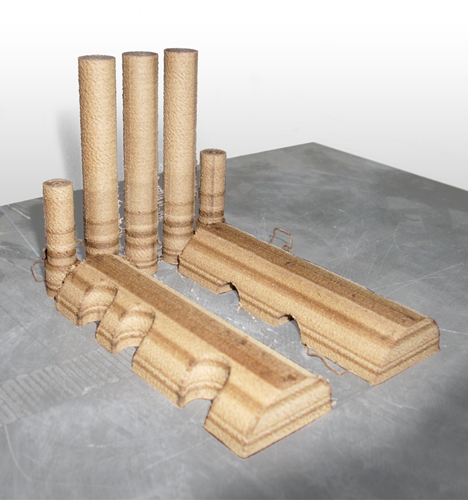 Thingiverse denizen Kaipa has created a partially wooden filament for 3D printers. Called LAYWOO-D3, the stuff is 40% recycled wood with the rest of it being a binding polymer. It's flexible but prints without warping and the stuff even smells like wood. It comes out light-colored at 180 Celsius and darker at 245, so you can vary the tone. And after being printed, the resultant object can reportedly be worked with woodworking tools. 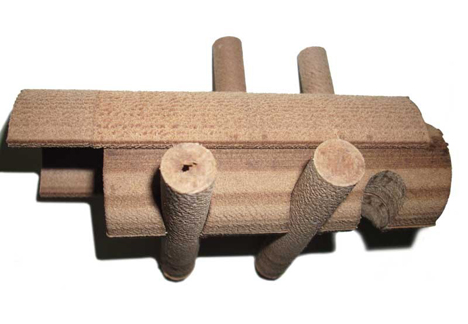 MakerBot users, don't get too excited; for now the stuff is only compatible with RepRaps. 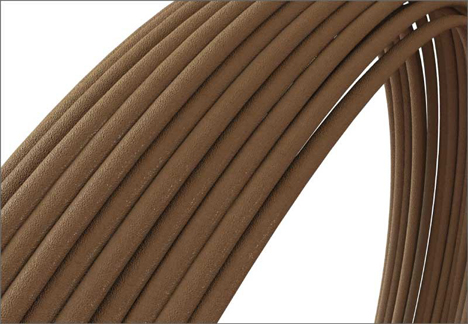 LAYWOO-D3 is for sale here, by a company called FormFutura. Despite the exciting nature of this development, they've managed to create the world's dullest video:

Just goes to show the future never turns out like you'd think it would. Imagine someone coming up to you ten years ago and saying "Someday, you'll be able to 3D print a wood-like material. And it will be more boring than watching paint dry."