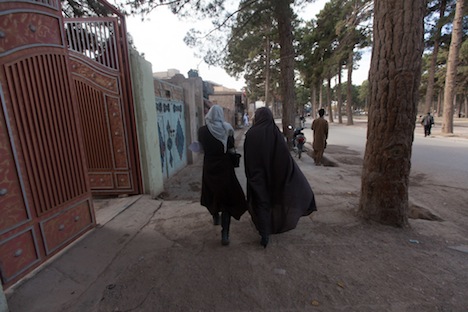 Frog Senior Design Researcher Cara Silver conducted field research in Afghanistan to investigate topics around risk and savings and their intersection with mobile banking. She worked with a nimble team including Executive Creative Director of Global Insights Jan Chipchase and Chief Creative Officer Mark Rolston, and with support from the Institute for Money, Technology, and Financial Inclusion.

A mixed-gender team of three researchers and four local guide-fixers conducted mobile finance research in Afghanistan over two weeks in December 2012. The goal was to investigate topics around risk and savings and their intersection with mobile banking. Discussing money—and who in the family influences spending—was a key question, and one that required the team to both play with and against the often siloed gender roles in the region. Navigating these gender dynamics was top of mind for all members of the team to both ensure safety and gain access to both sides of the story.

The team planned to spend four days in Herat and the remainder in Kabul. These locations were chosen as being both culturally distinct and sufficiently secure. As the economic center of modern Afghanistan, Kabul carries a large international influence, both government affiliated and independent, and harbors the security tensions to match. It is seen as a safe zone for those associated with government work, like the Afghan National Army (ANA) and Afghan National Police (ANP), who often settle their families in the city and return to the provinces to work. Herat lies in the west of Afghanistan and is less than a two hour drive from the Iranian border. Traditionally, a high volume of migrant labor has traveled to Iran to earn money to send back to families in Afghanistan. This cross-border human traffic brings with it both cultural, political and commercial influence, reflected in everything from the goods on store shelves to investments in local infrastructure, and to the dress and behavior of women outside the home.In a region where there is significant gender segregation outside of the family, gender had a considerable impact on the research team and in particular our local female guides. Cultural norms restrict when, where, and whom women can speak to and how the interaction will play out. For our local female guide, being seen interacting with foreign researchers in public impacted her, and by association her family. The obvious way to combat this is simply to remove men from the equation.

In each city, the team was expressly designed to split into all-male or all-female interviews. Finding a female guide was often the most challenging part, not for lack of qualified candidates, but in finding a capable candidate who was comfortable working with a mixed gender team from the West, and whose family is also willing to accept this risk—social stigmas are rarely confined to an individual.

The team included one female local guide in both Herat and Kabul. Traveling as a full team—three foreign researchers, one local male, one local female—drew attention despite best efforts otherwise. Often, field teams can use this to their advantage, and will engineer situations to build relationships or draw attention away from conversations happening on the side. From the perspective of our female guides, this attention felt like objectification: local men observing the female guide traveling with foreign men (and women), glaring at her, and making, what we interpreted as lewd assumptions of this behavior. (This was backed up by other conversations with locals around assumptions of what foreigners get up to behind closed doors...) Especially in the more conservative areas of Herat, the mixed gender team limited their time outdoors together, choosing closed areas for team meals or splitting into male and female teams while traveling. 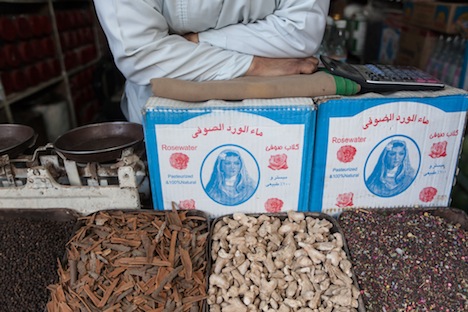 Foreign women, however, play with a different set of rules. Blending in—the oft taken strategy in immersive research—may not always be the best strategy in this case. This is especially true in more conservative cultures—those that place strict limitations on women's movements—in which it is useful for the foreign female to stand out, sidestepping the native cultural boundaries and leveraging the liberties afforded to foreign guests.

In Kabul, this strategy worked well. In Herat, a more conservative city, all of the women wear a burka or chador while outside the home. Complying with these cultural norms, our local female guide wore a chador; the team's female member, however, initially opted out. Our first public outing created tension in the surrounding street scene—stares from the men and commotion around what was seen as a "mini-skirt" rather than body covering.

Our female team member later chose to wear long robe and head scarf. Despite the initial stares, she still opted out of wearing a burka or chador, both options being body-length garments that are wrap around the top of a woman's head and fall to below her ankle. On first glance, an outfit other than traditional dress is less conspicuous and draws more attention. But quickly learning the nuances of wearing a burka or chador—deftly holding fabric around one's face while in the hustle of crowds during market days without revealing what is beneath while also wielding an in-field research kit of camera, notebook, pen and phone—is difficult at best, dangerous at worst. The challenge was to find the ideal ratio of blending-in vs. standing-out to maximize both access and safety.

The team prepared for the known gender-biased environments in part by using dress cues. In general, we like to dress for social and contextual parity. For the men, this was supplemented by the keffiyeh (a square of cotton cloth worn as a head covering or scarf); and for the women, headscarves or other covering, robe or shirt over-pants-to-the knees. Appropriately adapting to local dress norms puts both parties on a level playing field, so to speak: Dress can be modified to convey a certain status, show acceptance of cultural norms, or build barriers. In environments where the dress differences between genders is so extreme, upholding gender boundaries can alleviate social tension. The female team member, although unmarried, wore a wedding ring when speaking with men.

Gender-specific interview teams were carefully assembled. When interviewing female participants, an all-female interview team was used. The team took extra care to limit photography of women to the female team members, and only with the subject's verbal consent. Being photographed introduces the threat of being viewed by men outside her family. All-female photo booths, where photographs of women are taken, processed, and printed by another woman, lessen the fear of photos ending up in the wrong (male) gaze. Male-female tag teams often took on interviews that could be testosterone heavy (ANA, ANP). Introducing a female researcher into the conversation can soften the dynamic just enough to talk about broader topics like marriage, children and the challenges of saving for these events. Too little female presence and the conversation runs dry; too much and the team may not be treated seriously.

The team remained acutely aware of the consequences of gender on the research, attempting to emphasize or tone down its effects depending on the scenario. Having the right gender mix before stepping in-field, recognizing the gaps in our knowledge, and being willing to adapt on the fly heightens the success and safety of our team, and that of our participants.