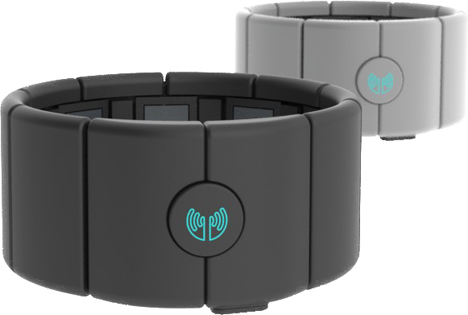 Well folks, looks like 2013 is shaping up to be the year gesture control finally becomes available to the masses.

First up, the Leap motion controller that caused such a blog stir (we covered it here and here) will start shipping on May 13th, just about a year after they began taking pre-orders.

Hot on their heels—or forearms, I should say—is the Myo controller pictured above, an arm bracelet that you wear well above your wrist but below the elbow. Why the weird position? The Myo actually reads the electrical activity in your muscles, rather than relying on a camera. 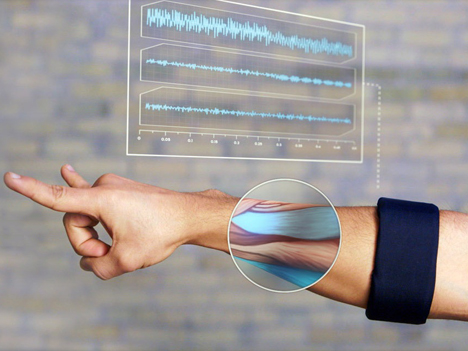 This seems like a pretty smart approach, as the Myo can decipher complex finger gestures, flicks and rotations without requiring line-of-sight. That suddenly opens up a new world of interactivity that doesn't require the user be sitting in front of a camera-equipped computer, or dancing around in front of a Kinect. Peep this:

Looks amazing, no? If it works as advertised, it will have a much broader range of applications than the stationary Leap, and the Myo's price reflects that: The Leap's going for $80, while the Myo will run you $150. It's up for pre-order now and they're claiming it will ship later this year. 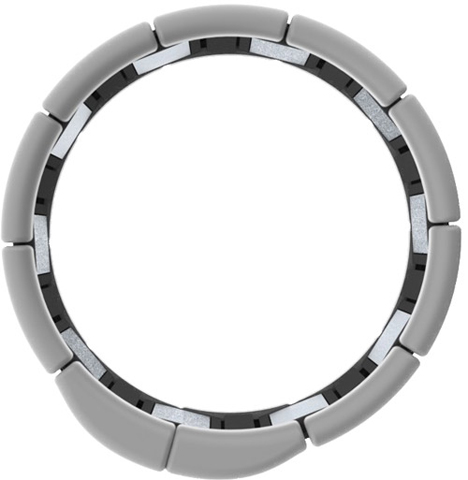