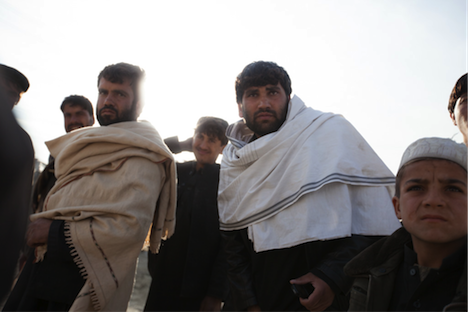 How do you feel when you're asked to do travel somewhere interesting but that carries a slightly higher risk of injury, kidnap or death?

I've run a number of studies to "lively" places, that carry with them a different risk profile than one normally encounters on corporate research. In each case I've needed to pull together a team that can stand up to the technical, physical and emotional rigours of the work. This is what I learned about "the ask".

The practical aspects of planning a short (~1 month) study in higher risk environments are relatively straightforward to pull together, but many are less-unprepared for the emotional highs and lows before, during and after the field study. 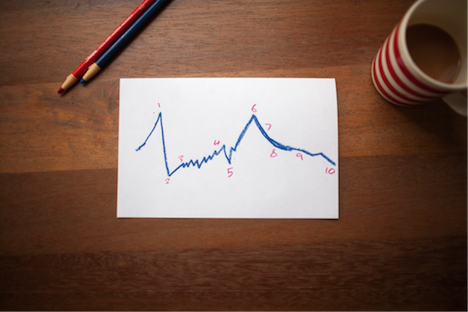 1. Elation at being asked, at the potential. Nobody says no to a travel adventure. 2. Realization as information is gathered, newspaper headlines are scanned the enormity of perceived risks sink in, the worst-case scenarios mentally play out. The lows are amplified by how it is communicated to peers/friends/family during stage (1). This is when the person who initially said yes changes their mind. 3. Normalization: more nuanced media/opinions are gathered, conversations with people in the know, on the ground, a better understanding of geography, place, the risk is put into perspective, bad headlines no-longer trigger deep lows. the researcher comes to terms with the idea of what it means to be there. 4. Occasional panic attacks: things that sneak up on you: a misread headline; an idle thought; a sense of what could be lost.During the Field Research

5. In-field near misses: The pace of field work doesn't leave a lot of time for personal reflection, but there can be moments when team members process events for example: triggered by a suicide bomber in the same city; the perception / reality of being followed; an unexpected roadblock on an unlit street late at night; an extreme negative reaction from a local, such as a finger across a neck while looking you in the eye; a colleague that is not picking up the phone within a predetermined number of rings. The reality is that each of these can morph into a "we're genuinely fucked!" moment even if the statistical risk is low. The researcher tends to maintain a heightened sense of awareness looking for signals that can suggest the occurrence of an negative event, which in turn can gradually take a physical toll (this is more of an issue on longer term studies). 6. Demob happy: The realization that most of the work has been completed, that you and the team are safe, projecting forward to when it is safe to scale back the day-to-day heightened awareness. 7. Departure: Mixed emotions at making it out, versus returning to civilian life. Elation, relief, a sense of achievement.

After Returning from the Field

8. Re-entry: reverse culture shock. Time having stood still whilst you were away, guilt and appreciation at what you have. 9. Reflection: triggered by being asked to talk about the experience, reading about new events on the ground, time putting events, risks into perspective. 10. Withdrawal. Missing the emotional highs and lows. A changed sense of purpose. Mitigated by planning the next.

Each of these stages is amplified by whom the researcher talks to and how, for example early on whether they overstate the adventure, the motivations for sharing (such as for desired respect or acclaim of peer group) and the reaction to what was shared, any bravado in communicating risks. How this plays out can be a reflection of emotional maturity, and some to psychological fit to this kind of work. While experience dampens the lows and tempers the highs, there is good reason for maintaining a heightened sense of awareness (and the emotional trajectories that come from this). It is recommended to share plans with one or two trusted friends, rather than broadcast intentions to the social graph.

Providing decompression-time after departure but before re-entry into home and work-life significantly softens the landing, helps process the experiences and sets the researcher up for the next trip. The realization that, in a country with so many swirling vested interests whatever you think you know, there is always more that you don't.