Photos of the White House Being Gut-Renovated in 1948

The History Behind a Certain 55,000-Square-Foot Fixer-Upper

In 1792, architect James Hoban won a design competition to create this house where, like, the President would live. They called it the White House and it was pretty cool, so we decided to keep it after Thomas Jefferson moved out of it. Then in 1814, British troops came over here and set the place on fire, because you Brits used to be a bunch of jerks. It took us three years to repair the damage, so I think you guys owe us.

Sometime around 1900, our visionary President Teddy Roosevelt added a West Wing, presciently predicting both Martin Sheen's career arc and the high Nielsen ratings a TV show by that name would garner. President Taft later added an office with a kooky oval shape, presumably because he hated the construction guys hired to frame the room out. And in the mid-1940s, as World War II wrapped up, we added an East Wing for the sake of rough symmetry.

Well, all that construction and renovation combined with British pyromania apparently took its toll on the building, because by 1948 it was a crumbling hunk of crap. The ceiling sagged six inches in some places and the Grand Staircase was in danger of collapsing. A Congressional committee was formed, and they urged then-President Truman to do what Americans do: Throw it out and get a new one. But Truman wasn't having it, and instead decided to gut the entire thing. 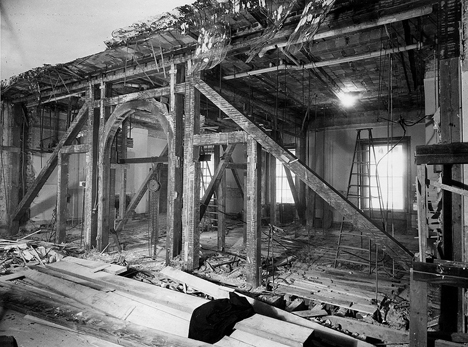 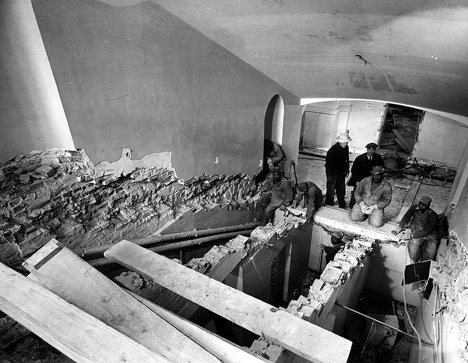 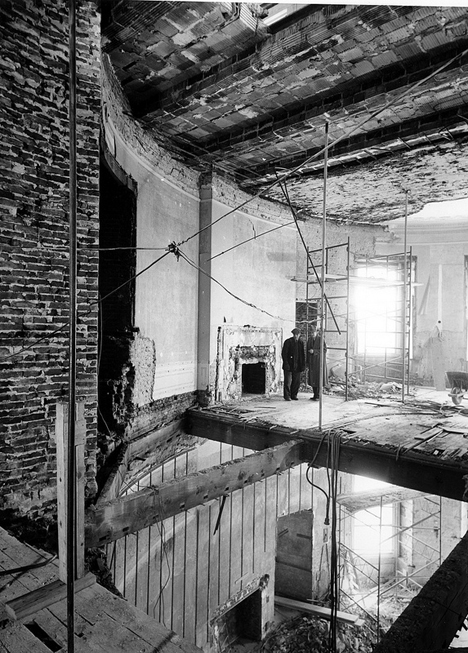 Photos of this renovation are now available on the U.S. National Archives' Flickr page, and it's pretty amazing. 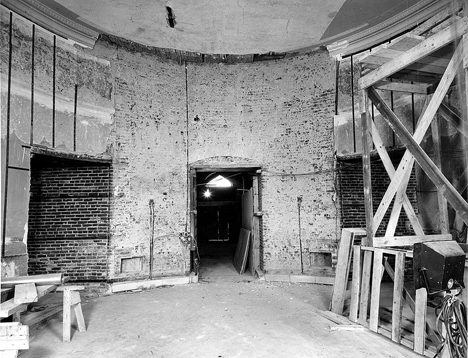 You can see they've trussed up the inside with temporary steel beams to hold everything in place while they did the work. 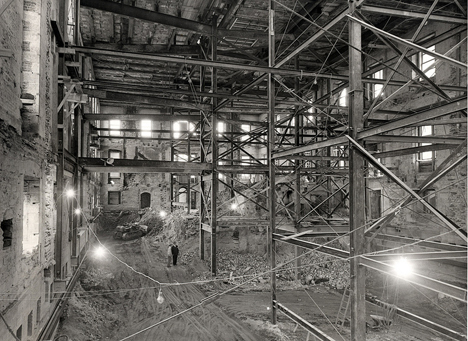 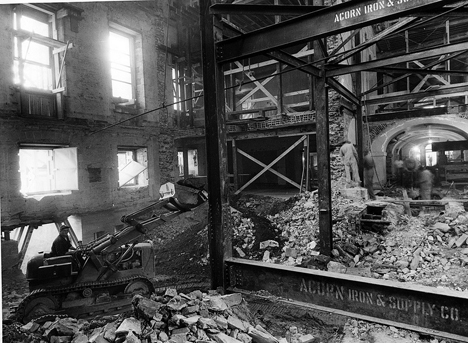 The tiny photos here don't do the job justice, so click on over to the Archive to see 'em large.

Photos of the White House Being Gut-Renovated in 1948