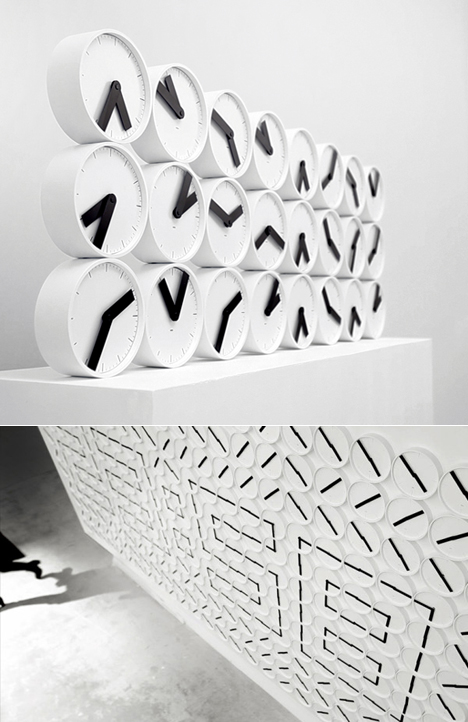 Per Emanuelsson and Bastian Bischoff comprise the Stockholm-based design duo known as Humans Since 1982. Back in 2011 they came up with the Clock Clock, an elegant grid of 24 analog clocks that work together to create one large "digital" clock:

Beginning in March, design lovers in Dubai will get to see Emanuelsson and Bischoff's update. Called "A Million Times," it's scheduled to be unveiled during Design Days Dubai 2013. This time they've cobbled 288 clocks together, and as expected, the result is even trippier:

"A Million Times" will be part of the Victor Hunt Gallery's DDD 2013 exhibition.

Previously: Turning 24 Clocks into One; "Collection of Light," a Taxonomy of Light-Emitting Diodes.