Smithsonian Photo Contest Finalists Announced, and They Do Not Disappoint 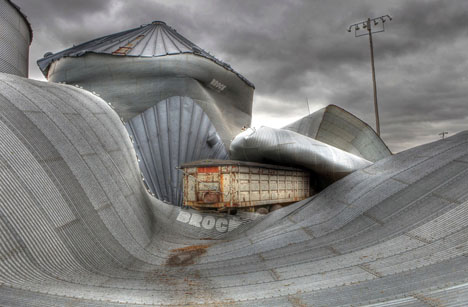 The Smithsonian has selected 50 finalists for their Photo Contest 2012, and the images are now open for public voting. The one that most caught my eye is Nebraska-based shooter Tim Wright's flick, above, of a what was once a big-ass silo in Iowa. While the image has been HDR'd, Wright points out that that's where the photo manipulation ends: "This is NOT something created in Photoshop," he writes. "It is a display of the awesome power of a tornado." 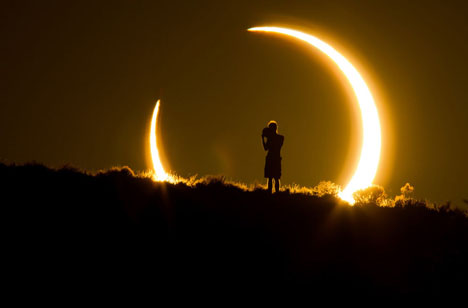 While she claims that's a shot of last year's solar eclipse captured in New Mexico, it seems more likely that this boy has somehow discovered how to open a portal to another dimension.

Another shot that seems to involve Black Magic is Dave Morrow's shot of the Milky Way Galaxy "erupting" from Mount Rainier: 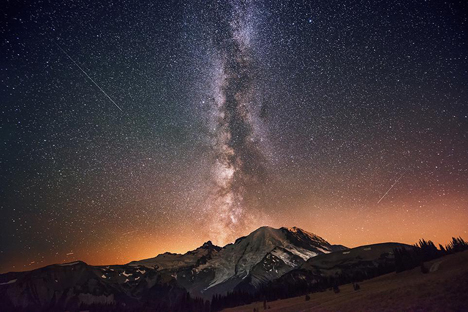 None of the photos shown here are done justice by the small size; be sure to click over to the Smithsonian to see 'em large, check out the rest, and/or vote for your faves.

Shutterbugs among you with good chops, the 2013 Contest is now open for entries.

Smithsonian Photo Contest Finalists Announced, and They Do Not Disappoint