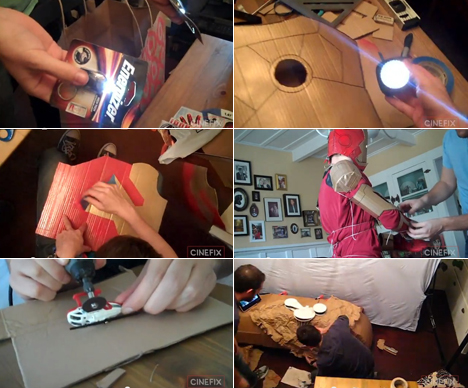 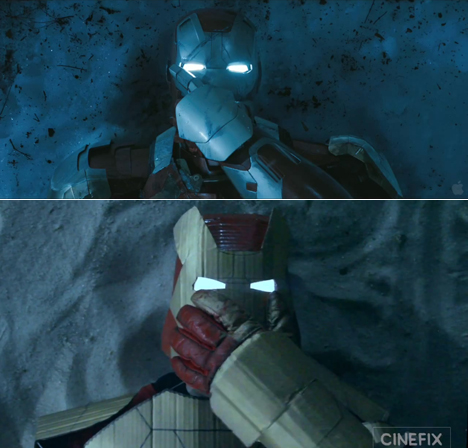 Now ask yourself, how would you reproduce some of those scenes—the exploding gallery of suits, the building crashing into the ocean, the underwater footage—using commonly-available goods? Let's look at how McLean and co. pulled it off, entirely in-camera, without dipping into the CG well. (And you have to love how they reproduced the soundtrack.)

It's even more impressive when you view the trailers side by side:

This mere two minutes of footage is comprised of nearly 70 shots, many of them requiring an insane amount of model prep and set-up. McLean gives us a behind-the-scenes look below. Part of the fun is guessing how they achieved certain shots or created certain sets, then seeing the often surprising solutions they used. George Lucas circa 1976 has got nothing on these guys.