Highlights from the Geneva Auto Show 2013 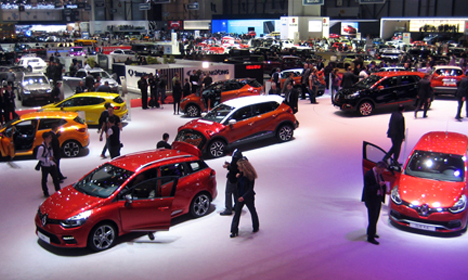 With European car sales in decline, it should come as no surprise that many manufacturers are increasingly focused on growth in China and the US. Couple this with the fact that many brands now opt for CES as a showcase for their latest connected car technologies, and this year's Geneva Motor Show was never going to be the showstopper of old.

To save you the trip, we've pulled together our highlights from the show—a selection of some of the finest design executions and some food for thought on an industry going through some massive changes.

The Crass Italian Super-cars The mass drooling over this year's pin-ups—the Ferrari LaFerrari and Lamborghini's eccentric Venero—is perhaps an indication of what is wrong with the car industry. Testosterone prevails and with price tags of €1.3m for the LaFerrari and €3.12m for the Venero, it's also clear to see that the global recession is having little impact on high-end luxury purchases—if anything it's spurring on ever more ostentatious forms. Lamborghini no longer even seem concerned with aesthetic coherence, a frenzy of hard facets being 'complemented' by confused looking softer forms. Ferrari's counterpart, although slightly more refined, is plain awkward looking, a common result when attempting to flex F1 credentials too literally on consumer cars. 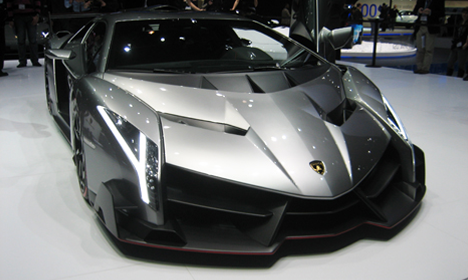 Mixed Fortunes for British Luxury Brands Over at Aston Martin, the Rapide seems to have lost a little of it's predecessors' understated elegance. The deeper, more aggressive face gives the car a burly presence that you might not usually associate with the brand, but it is a measure that will surely increase its appeal in China, a key market for the brand if it is to survive in the future. At a cool £250k, Rolls-Royce's Wraith Coupe had what was probably the most sophisticated interior on display. With a nod to modern boating materials, the 'Canadel' wood options are named after the South France cove where company founder Sir Henry Royce and team spent time developing their wares in the 1910s—nice story and nice execution.

Last and perhaps least, Bentley looked every bit a manufacturer in transition while new studio boss Luc Donckerwolke begins his task of reinventing the brand. The new Flying Spur looked unconvincing from many angles, though especially the rear—a duller and more slab-sided take on Maserati's distinctive derrière. It was hard to pinpoint exactly, but it just seemed to be lacking character—something Donckerwolke brought to Lamborghini in spades. Let's hope he can do the same with Bentley moving forward.

China's Lexus Developed and engineered from scratch, Qoros is a new brand, owned by China's Chery Automobile and an Israeli billionaire. Having poached some of Europe's top automotive talent they are aiming to change the perception of Chinese brands, by 'commoditizing' luxury with quality and value for money. Targeting an aspirational Chinese market the car is, of course, heavily influenced by European brands and has VW clearly in its sights. With a growing market up for grabs and this very respectable first attempt, we may well see more of Qoros in years to come. However, carving out a new brand is a challenge not to be underestimated. Not only will Qoros require specialist knowledge and expertise, it will also need a clear strategy, long-term commitment and deep pockets. 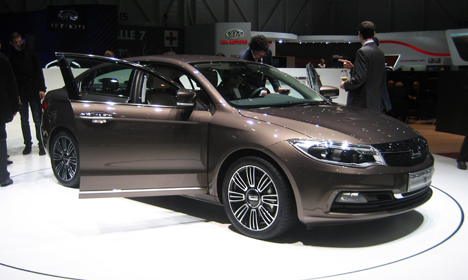 Flawed Visions of the Future Refreshingly, some brands are showing signs of innovating for our future urban realities. Toyota's iRoad (a narrow, tilting congestion-busting three-wheeler) looked like a lot of fun whilst VW's lightweight and super-streamlined 2-seater XL1 (returning an impressive 314mpg) flaunted some beautiful surfaces and detailing. Noble as these efforts may be, the high-prices, polarizing looks, reduced safety and limited functionality will no doubt curb adoption rates for the time being, with limited appeal beyond the daily commute of wealthy suburbanites who already own another car.

Shifting Focus Following the automotive invasion of CES, Volvo's 'Sensus' raised the bar in the connected car space with an upgraded version of their Android-based touchscreen interface. The new system includes a voice activated Spotify app, allows Internet browsing (when the car is stationary) and can be operated while wearing gloves (handy for Northern Europeans). The UI was pleasingly intuitive, a huge step in the right direction. The Volvo team has also integrated an impressive cyclist detection and avoidance system after learning that 50% of all cyclists killed in European traffic have collided with a car.

Other manufacturers are also keeping pace. Benoit Jacob, Head of Design at BMWi, told us how his team are responding to the challenge of integrating the car into a wider digital eco-system whilst Ford's SYNC system also seems to have come on leaps and bounds. All very exciting to see—just a shame the mainstream media can't give this incredibly exciting space more airtime.

Youth Appeal Strip away the Kia Provo's tuning/modification-scene inspired colors and dancing LED lights, and you are left with what was perhaps the star of the show. An aggressive new face, well-suited to small SUVs, combined with delightful details including the lower air dam and cut-away doors. Injecting a little more emotion and youth into its range, the brand seems to be making moves to lead the industry a little more with its playful design styling. Inside, the black quilted leather evokes a Chanel handbag, while the simple switchgear in knurled aluminum and multimedia interface demonstrate some real design sophistication, simplifying the all-too-often cluttered car interior. 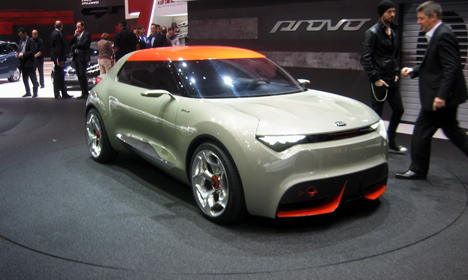 How well do manufacturers understand Chinese visual tastes? China has been one of the industry's few bright spots in recent years. With a considerable number of increasingly flamboyant cars on the stands in Geneva, we found ourselves asking if manufacturers could be missing a trick by disregarding the wider cultural shift in the region towards simplicity and understatement within other status driven categories. Good luck telling that to Lamborghini.

Richard is a senior consultant and automotive expert at Plan, a product strategy consultancy based in London.

Highlights from the Geneva Auto Show 2013