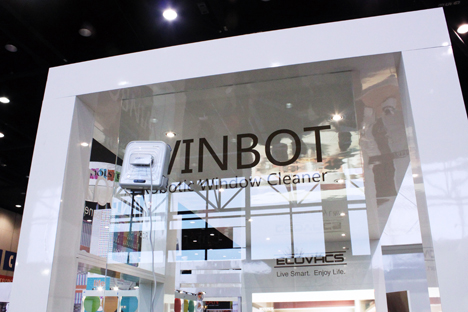 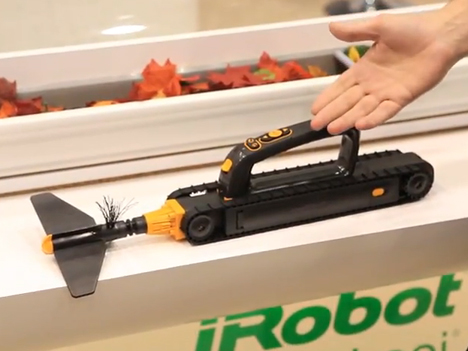 The advent of the robot age has been a long time coming, but the machines are slowly but surely starting to infiltrate our homes in the guise of mobile household appliances (JK...?). Although both of the cleaning robots that we captured in action two weekends ago in Chicago had originally launched at CES back in January, we were interested to see and document them in the rather less tech-centric context of the Housewares Show. 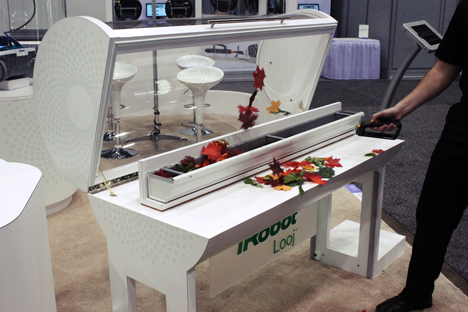 The iRobot Looj looks like a cross between two toys—a submersible and a construction vehicle—but in fact it has a very specific purpose. The tread-driven robot features a front-facing augur that is designed to expel leaves and debris from gutters, as demonstrated in the video below (alongside the Ecovacs Winbot, pictured at top and below).

The previously-seen Winbot, on the other hand, is perhaps more like a pool-cleaning 'bot than its carpet-bound brethren (Winbot manufacturer Ecovacs also produces the latter). The remote-controlled unit is about the size of a dictionary and attaches to a glass surface of any thickness with special suction cups. As is standard for cleaning robots, it automatically detects the size of the target area, plots the most efficient route and dutifully proceeds to clean it. 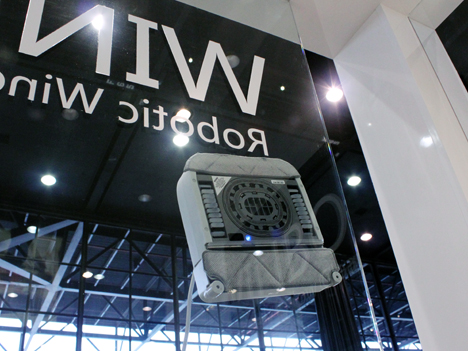 Lastly, we didn't get a chance to see the Grillbot in action (it was in a different section of the show), but this CBS clip will do the trick:

Both the iRobot and Ecovacs have produced demo videos of their products for further edification. 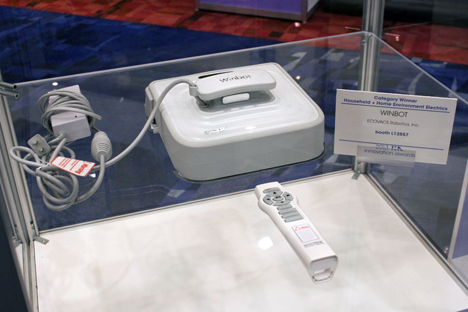 The Winbot won an IHA Innovation Award at the show