The Airow Gun: Paintball Archery, Anyone? 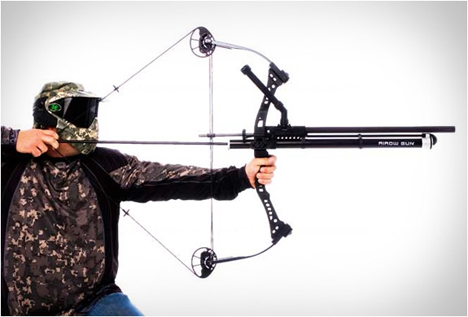 The few times I'd played paintball, what made it not-so-fun were the large-capacity hoppers we all had on our guns. Isolated from the rest of my team, I spent a good ten minutes pinned down, as the virtually unlimited firepower each gun possesses means your opponent can lay down suppressing fire indefinitely; it's not like in the movies where you can wait for him to reload while you sprint to a better position. (On the flip side, when I finally succeeded in flanking someone, I admit I kind of spazzed out and put a few more rounds onto them than was decent.)

The Airow Gun Combo would make things more interesting. Combining a Diamond Archery compound bow with a paintball-firing barrel, the Airow is a CO2-free way to launch paintballs at 260 to 300 feet per second. And even though the gravity tube up top looks like it'll hold a dozen rounds or so, at least your opponent will have to draw for each shot, giving you a fighting chance of getting out of trouble. 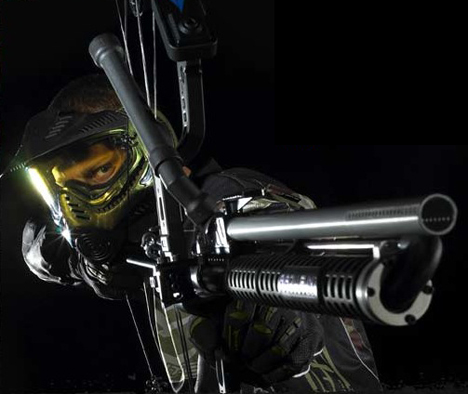 If you've already got a compound bow, you can buy just the paintball-firing portion and knock it all together.

What they ought to make next: A crossbow version for Walking Dead fans with Daryl aspirations.

The Airow Gun: Paintball Archery, Anyone?