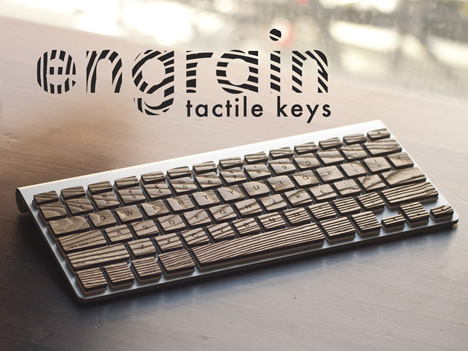 One of the greatest accomplishments for a young designer is to bring their first product to market. For many designers right out of school, it can take years to see a project put into production and is often a learning process in itself. We are happy to report that one of our featured and favorite Coroflot projects is taking the next step.

We first featured Michael Roopenian's Engrain Keyboard prototype on Coroflot in 2011 when it was his Master's Thesis project at the Pratt Institute. At the time, the project was simply a thoughtful response to incorporating natural tactility into a user interface. Roopenian used a combination of traditional woodworking, sandblasting and lasercutting to produce and prototype. While the project was nice for school, it wasn't immediately scalable for production. 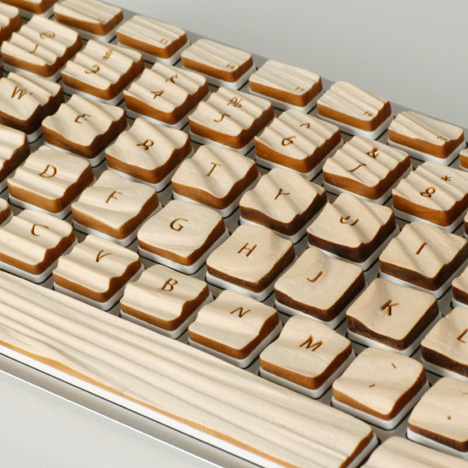 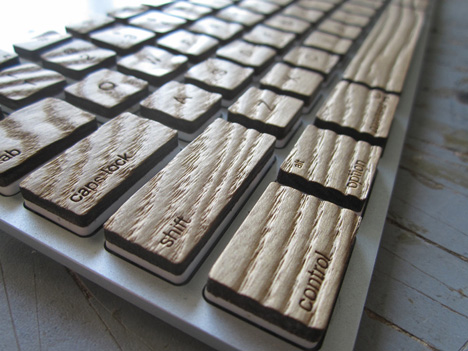 Two years later, Roopenian looks to produce the keyboard for production with new packaging, updated materials list and, of course, a good ol' fashioned Kickstarter campaign. After spending six months of development, the production version of the Engrain Keyboard emerged in sassafras with a Danish Oil finish (the original prototype was pine), complete with a sleek packaging design.

We caught up with Michael to hear about the new developments, scaling up production and lessons learned.

Core77: What are some of the major design developments since the 2011 version?

Michael Roopenian: The biggest development was the switch from using Pine wood to Sassafras. As you can imagine, the soft pine also just doesn't hold up like a hardwood. Sassafras, when sandblasted, provided a more toned-back texture with similar properties, and ended up being a good compromise between tactility and true keyboard functionality. From the beginning, I knew I had a concept that people were interested in, but bringing it to reality was all about finding the right balance.

The other major developments revolved around the system of installation, which uses the off-cut wood as a mounting bracket. This simple method of installation was another key to really making it a viable product that anyone could buy and install flawlessly themselves. 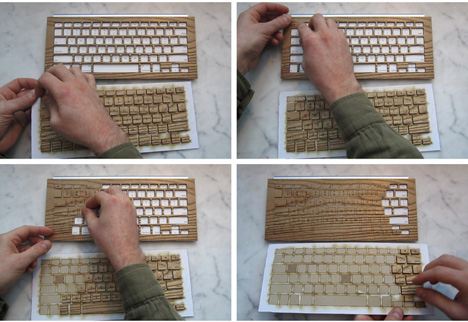 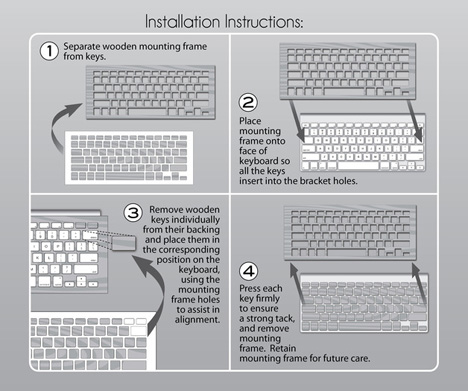 How has scaling up production been? Has the manufacturing process changed since the prototype?

It has been and continues to be a real learning process for me. Due to the unique nature of producing this product I have had to invent a lot of my methods, and much of production still takes place in-house at my Red Hook [Brooklyn] studio. In this sense, Kickstarter will be a good testing ground for understanding the volume of interest in this product, and where I go from here. The changes in manufacturing have been significant, and really revolve around the details of mounting and installing, and of course streamlining for mass production. 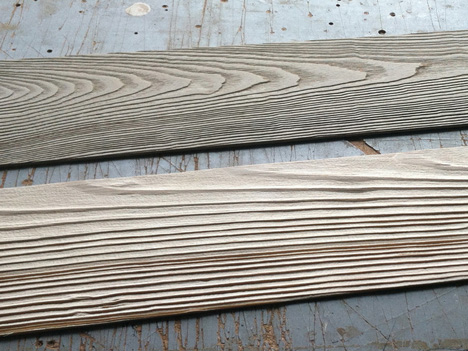 Can we look forward to more wood choices in the future? Maybe different keyboard models?

In terms of other wood varieties, the fact is that a lot of beautiful wood species just don't work well with sandblasting. I will continue to experiment, but offering other woods is dependent on finding some others that work well with this process.

I am also entertaining the idea of offering Engrain for other keyboard models sometime down the line, but am somewhat restricted to keyboards with flat, low profile keys. I also have had requests for other languages, and even alternate arrangements such as the DVORAK layout, but for now that will have to be left for phase two. 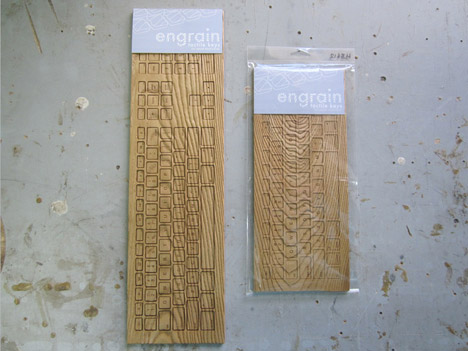 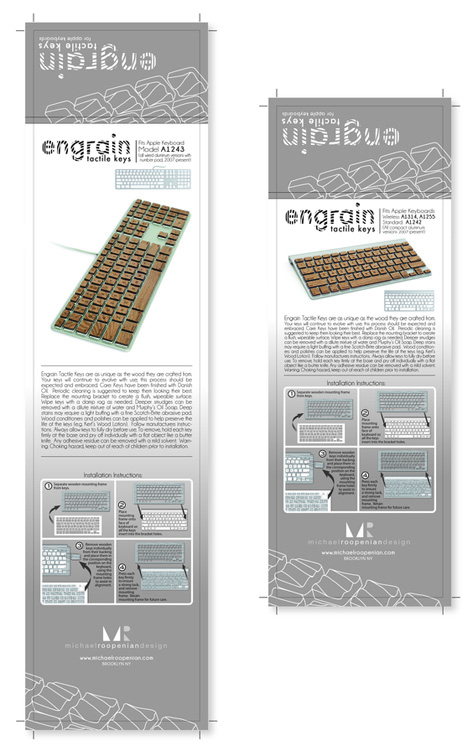 The Kickstarter says you're hoping to bring more products to market in the future—any hard plans for what comes next?

I feel that sandblasting still has huge potential in many other areas of product design, so I have a few things in the works revolving around this general concept. I often find myself wandering around, taking notes on what I touch throughout the day and looking for potential to enhance things to the delight of our touch sense.

Beyond that, I have a few furniture concepts that I think deserve revisiting and development, and some new collaborative projects in the works that use a similar integration of traditional woodworking and digital fabrication.

While it's a bummer that there is no laptop version—screen clearance is obviously an issue—the product feels like its left adolescence and is ready for the real world. The latest iteration of the product addresses a number of practicality issues, such as keyboard installation and cleaning, that are lacking in similar projects. While preordering is only through Kickstarter at the moment (an Engrain kit will cost you roughly $95–$115), Michael says he hopes to see the Engrain in local NY boutiques once production gets rolling.

We have our fingers crossed for Roopenian—check out the Kickstarter campaign for more on the Engrain Keyboard, as well as his other projects on Coroflot.