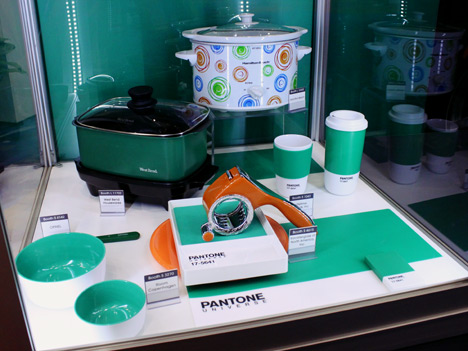 Following the announcement of emerald green as the 2013 Color of the Year, Pantone, the "global authority on color and provider of professional color standards for the design industries," recently released their home furnishings and interior design trend forecast for 2014 [PDF]. Our own Hipstomp, for one, is "less interested in seeing the colors themselves than in seeing how accurate their predictions turn out to be," speculating about whether it's a chicken-and-egg situation: "Is Pantone prescient, or do their declarations actually steer influential designers?" 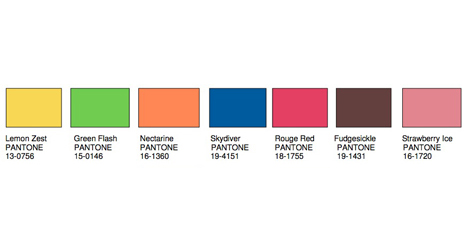 It's a valid question, but (to mix the metaphor, if not the hues) the color experts at Pantone aren't putting all of their eggs in one basket. Rather, they've prognosticated no fewer than 74 colors that will be hot in 2014, organized into nine different themes: Techno Color, Physicality, Sculpted Simplicity, Fluidity, Collage, Intimacy, Moda, Tribal Threads and Eccentricities. Given their opaque names, we were happy to have Leatrice Eiseman, Executive Director of the Pantone Color Institute, explain a few of these trends.