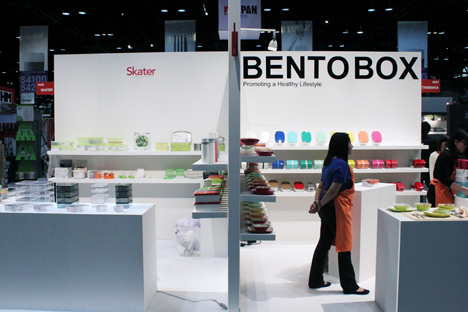 The Japan External Trade Organization, or JETRO, has established itself at a variety of tradeshows here in the States, and they had doubled their presence at the International Home + Housewares Show, with a second pavilion in the Clean + Contain section to complement their row of booths in Dine + Design (Marna, which we covered last year, was in the former section this time around). Similarly, the number of exhibitors from the tsunami-ravaged Tohuku region jumped from five to 11, several of which were exhibiting in the U.S. for the first time.

Mio Kawada, Executive Director of JETRO, New York, was kind enough to give us a quick tour of the highlights from the Land of the Rising Sun. 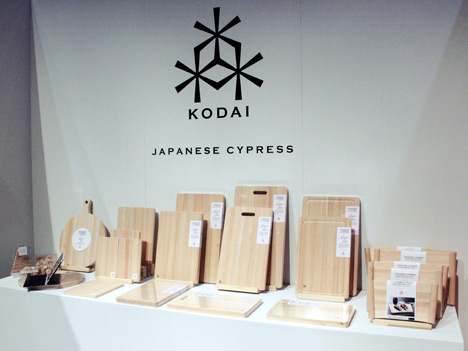 Fukushima's Kodai Sangyo offers products for the kitchen and bath in hinoki, or Japanese Cypress 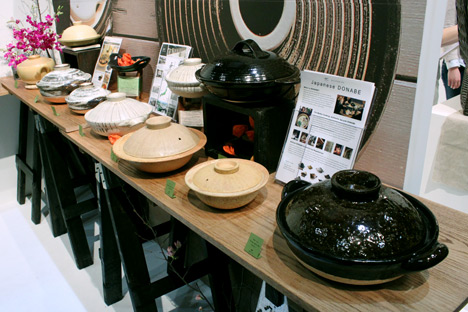 Nagatani-En of Iga-City specializes in traditional earthenware pottery, executed in contemporary design language. It is said that almost every household in Japan owns a donabe 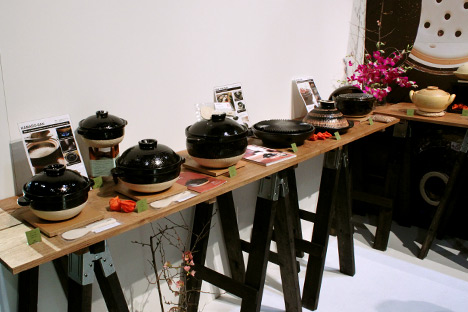 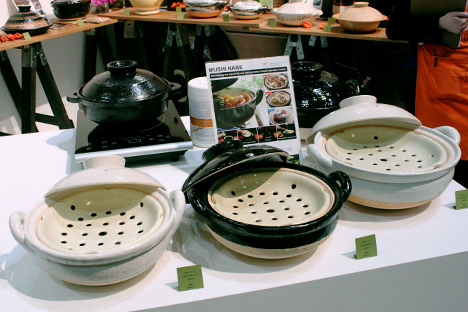 The mushinabe can also be used as a steamer 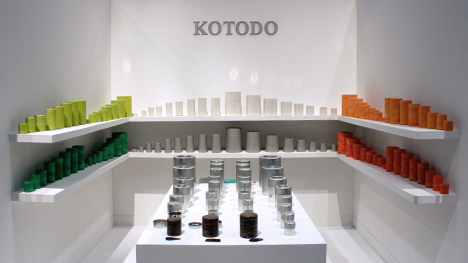 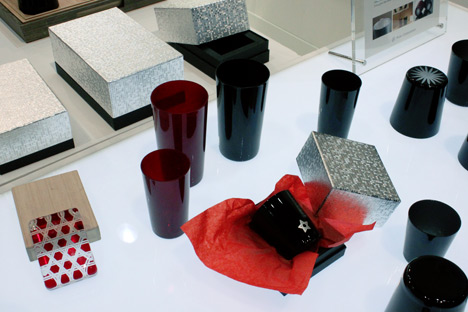 In addition to the trophies featured on their website, B-Prize also produces rather more functional vessels. 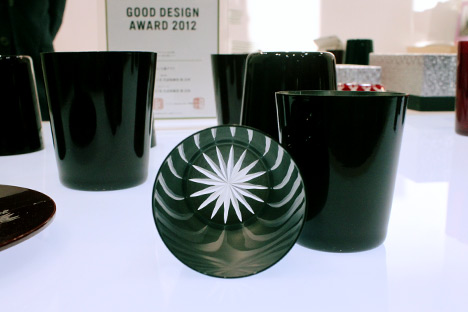 The bottom of these lacquered cups features a translucent star pattern. 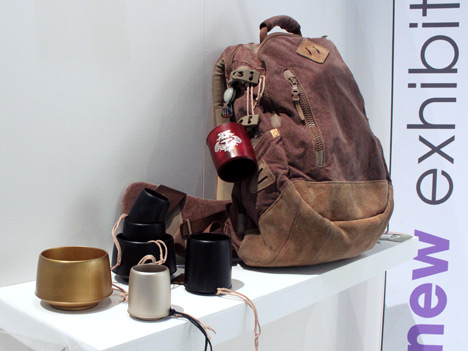 A new series of wooden dishes are designed expressly for camping and outdoor adventures. 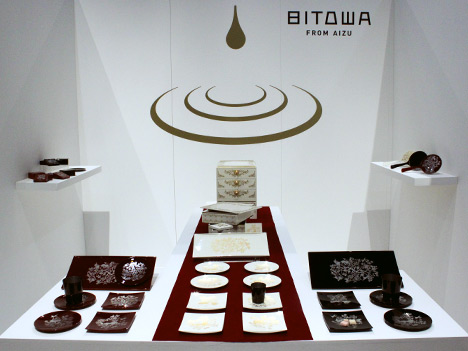 Bitowa lacquerware hails from the city of Aizu, which has been home to the craft for over 400 years. 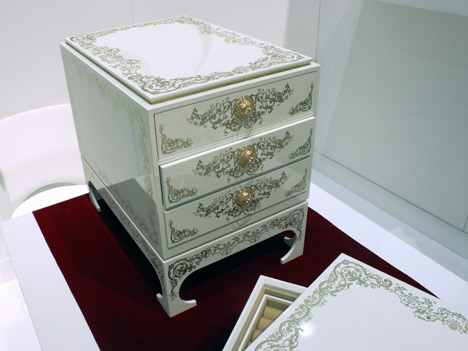 This jewelry box features a pattern designed by Tamae Hirokawa, a well-known Japanese fashion designer who worked for Issey Miyake before setting out on her own. 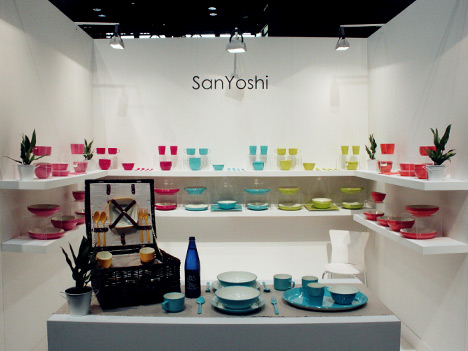 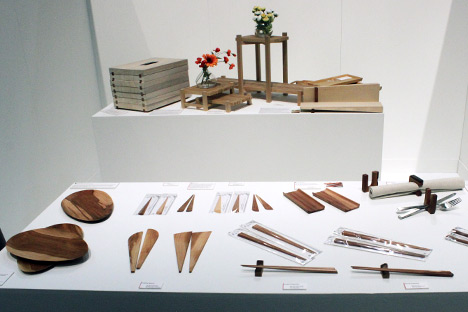 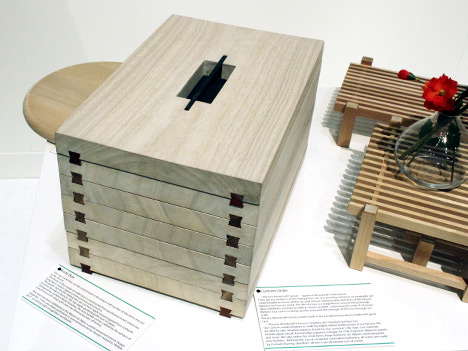 The customizable knife box consists of a stack of wooden drawers, each of which features a cutout area for a specific utensil. (Their English-language website has more information.) 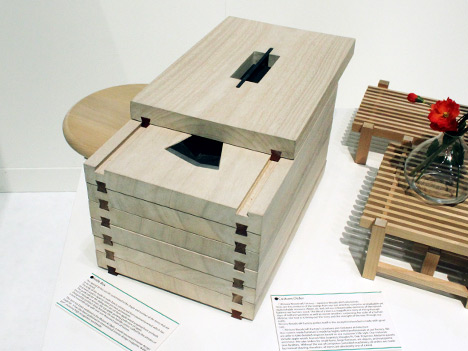 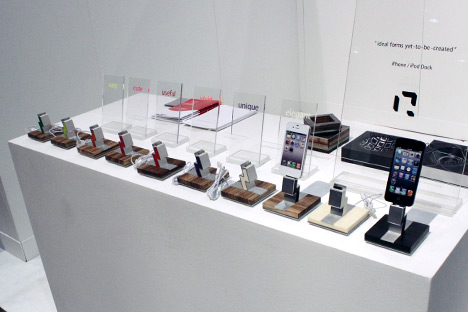 Quily Works, whose products are available at BEAMS and Herman Miller stores in Tokyo, is also among the companies that hail from the Tohoku region. 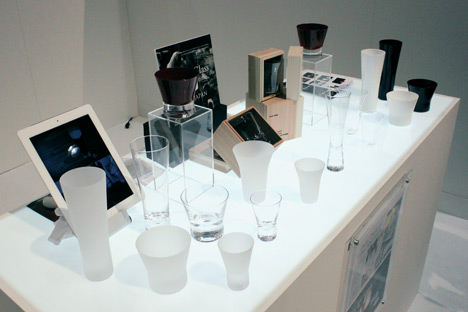 Last but not least, Wired Beans is a relatively new company from Sendai, the largest city in the Tohoku region. Their so-called 'eternal glass' has a lifetime warranty (in Japan only as of press time): if it breaks, they'll replace it free of charge. 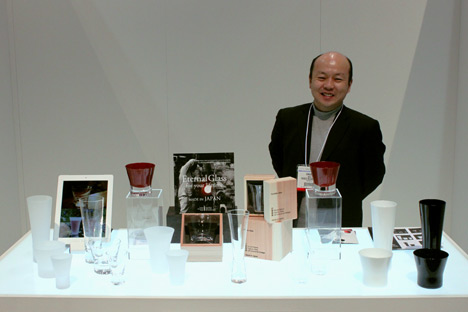