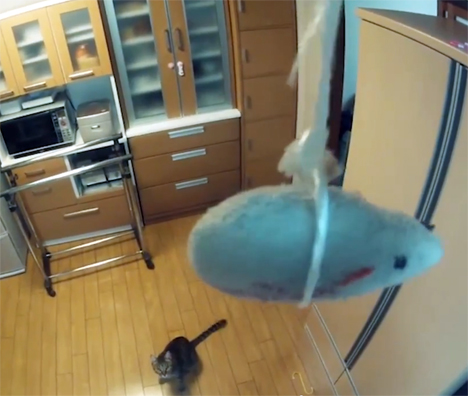 As someone who sits through a lot of product demonstration videos, I can tell you that most of the homegrown ones suck. Not the products themselves, the demo videos. They're poorly shot by untalented people, commissioned by folks who do not understand the value of talented videographers and editors, or even the importance of camera lens choices.

Now, you've probably heard the joke that the internet's greatest value is in sharing footage of cute dogs and cats. But there's also a lesson in there about effective videography and editing techniques. While not all of the tricks you're about to see can be integrated into a product demo video, at least consider how boring this footage could have been—it's essentially just an athletic house cat—and how much attention-getting drama the shooter was able to wring out of it. By the end it practically feels like you're watching an Olympian:

The internet is clogged with cat footage, but I maintain the reason this one is on its way to 2,000,000 hits is because of the way s/he shot it.