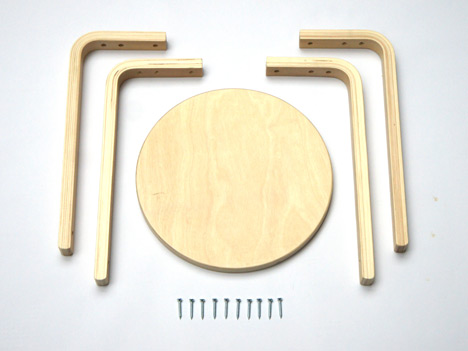 Well, it's hard not to be flattered by this one: at the end of a post about Samuel Bernier's recent 3D-printed IKEA hack, I idly mused that he should join forces with fellow DIYer Andreas Bhend of Frosta remix fame. It so happens that Andreas did read it, and the two actually acted on my suggestion to get together and "collaborate on a series of IKEA hacks with bespoke 3D printed parts and instructions..." 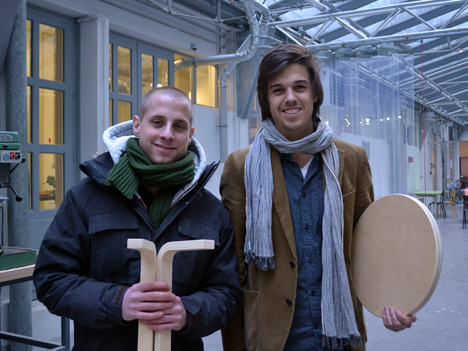 Andreas, a student from Switzerland, was only a short train ride from Paris, where Samuel works at le FabShop, a 3D printing startup. Even though they didn't know each other (nor do I know either of them, for disclosure's sake), they accepted the challenge and came up with a couple projects during a two and a half day charrette: a child's sled and a balance bicycle. Samuel shared the whole story:

This project has a lot of improvisation into it. When they decided to work together, Samuel and Andreas still didn't know what they would do. Andreas had made his marks with the IKEA's Frosta, a 10€ stool that was inspired by Alvar Aalto's classic. Samuel, on his side, was famous for his use of affordable 3D printing. The idea for a Draisienne came from thin air. Or maybe the wheelless bicycles that young children ride on Paris's sidewalks inspired Samuel. Few details were decided when Bhend brought the stools to Paris. The assembly, the wheels axis and the final proportions were all left for the imagination. 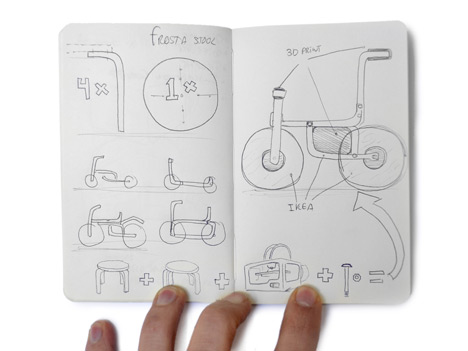 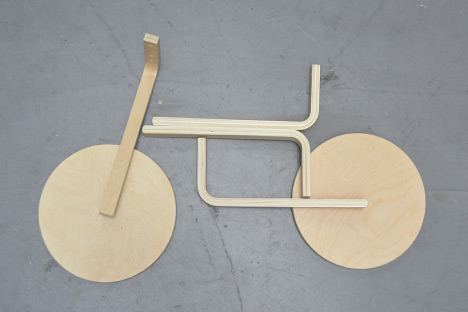 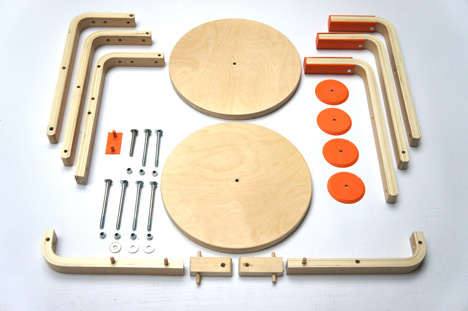 All these choices were made while manipulating the industrialized parts. The only tools they had were a drill, pliers, a metal saw (not appropriate) and... a Makerbot Replicator 2 (from le FabShop). There was a debate about what colour to choose for the printed parts. Since yellow didn't have enough contrast and blue was a little bit boring, they chose orange, a reference to Bernier's Project RE_.

While making the Draisienne, the duo realized how a great "father and son" project they had created. Almost better than the tree house or the soapbox car. Building something as a team is one of the greatest feeling you'll ever experience. It is even more important when done with a parent. Bernier still owns a wooden plane he built with his grand father when he was only four. To make the wheels, the old man reused an old Tonka truck found behind the barn. This probably was the kid's first experiment with upcycling. Objects that were hand made always carry a story. They are kept longer and often stay in the family. The act of making revives your self-esteems and gives you something to be proud of. To make is a therapy for the soul. 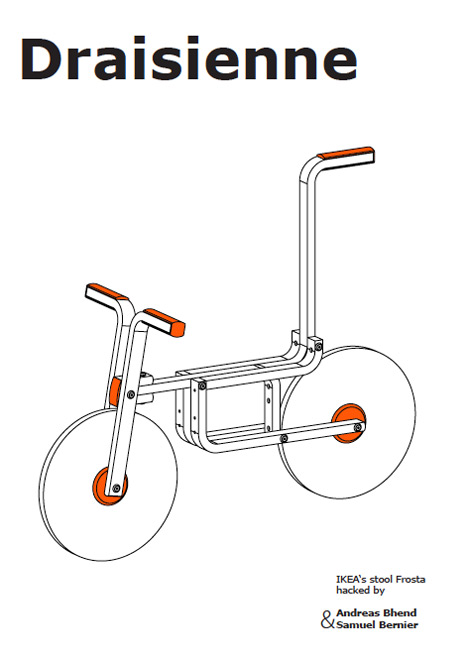 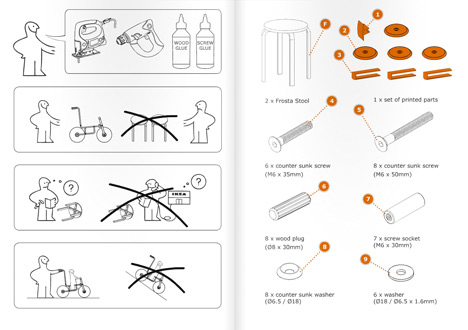 In addition to the "Draisienne," they have also posted instructions for the sled on le Fabshop's Instructables page. 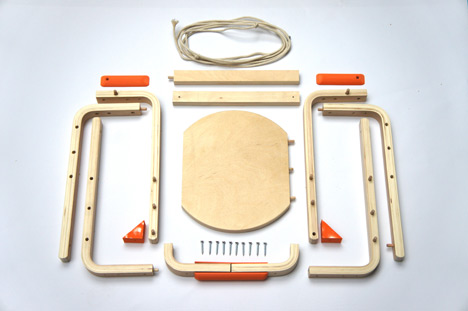 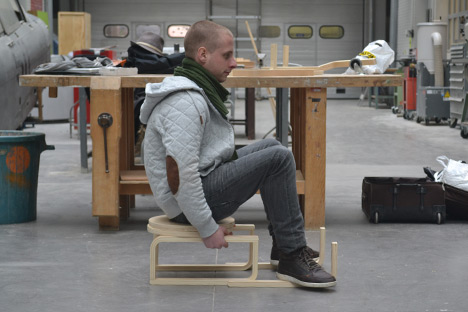 I can't take credit for your ingenuity, but I gotta admit I'm pretty proud of you guys. 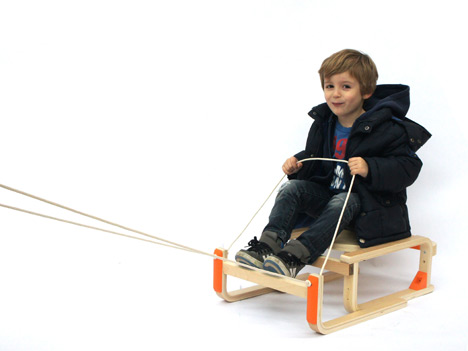