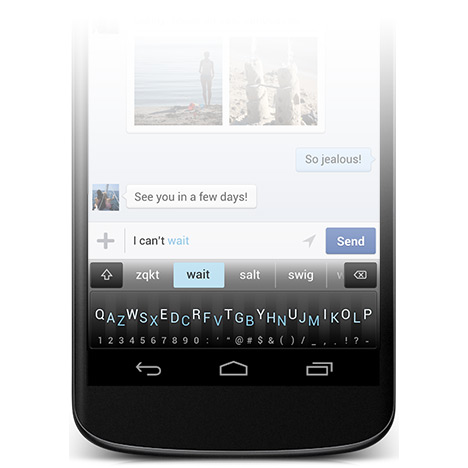 We've seen plenty of variations on the now-canonical input device known as a keyboard, from touchscreen interfaces and, um, exterfaces to a tactile surface treatment (currently available on Kickstarter). However, a new keyboard concept has more in common with so-called index typewriters—as seen in hipstomp's typewriter round-up—than these superficial keyboard treatments, at least to the extent that it offers a more economic layout. 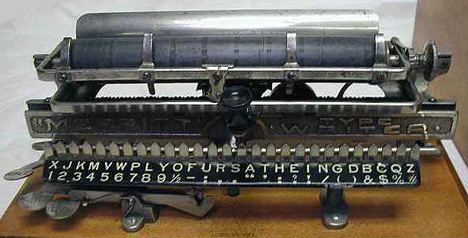 Specifically, Minuum improves on the concept of a linear arrangement of letters: screen-based UI and predictive text allows for a QWERTY layout to be transposed into a single line of letters. (It's worth noting that index typewriters were initially developed as a less expensive, more portable alternative to keyboard-based typewriters, though they were reportedly slower than handwriting in most instances.) Minuum is a tiny, one-dimensional keyboard that frees up screen space while allowing fast, accurate typing. Current technology assumes that sticking a full typewriter into a touchscreen device is the best way to enter text, giving us keyboards that are error-prone and cover up half the usable screen space (or more) on most smartphones and tablets.

Minuum, on the other hand, eliminates the visual clutter of archaic mobile keyboards by adapting the keyboard to a single dimension. What enables this minimalism is our specialized auto-correction algorithm that allows highly imprecise typing. This algorithm interprets in real time the difference between what you type and what you mean, getting it right even if you miss every single letter. 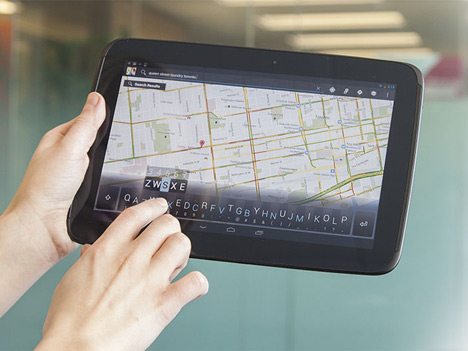 The video is, as they say, a must-see:

Yes, the last bit is cool, but nota bene: it's currently an alpha-stage prototype, and Will Walmsley & co. are currently seeking funding on IndieGoGo. Suffice it to say that we'll be keeping an eye on this one... if all of the hypothetical wearable implementations become a reality, we could see the emergence of a new set of curious rituals. 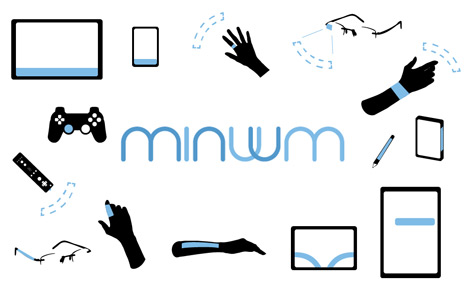