A Beautiful Bicycle Made of Wood, Wheels and All 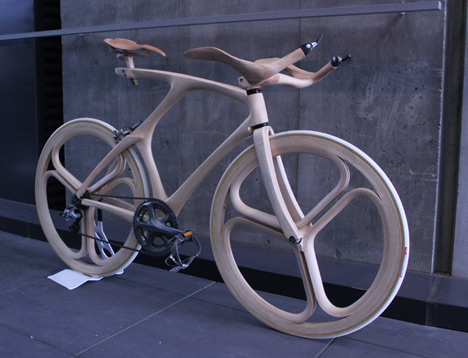 Remember the Thonet bicycle concept, and how we weren't sure if the seat-tube-less design would be possible to execute in steambent wood? Seeing as there's still no word on whether it will become a reality, Japanese design student Yojiro Oshima has done them one better with a prototype of his unconventional bicycle concept. For his degree project at Musahino Art University's Craft & Industrial Design Department, he has designed and built a Y-Foil/Softride-style frame by hand (it wasn't based on a chair per se, but I'm seeing a little Wegner myself). 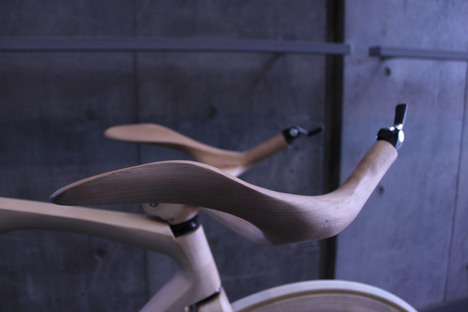 The designer recently sent the project to James Thomas of BicycleDesign.net, where Oshima notes: "This proposal is about the shape of the frame and the handle mainly which doesn't concern what material it's made out of. The maximum comfort can be put into practice by wood." Thus, the frame concept also echoes that of the previously-seen (steel) Van Hulsteijn, which is currently in production. 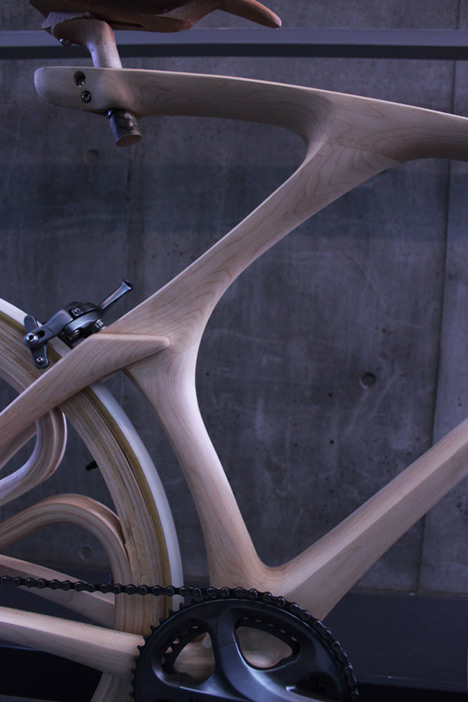 Regarding the construction and other carpentry/bike nerd concerns, Oshima adds,It is all hand made. The down tube and seat tube are hollowed with plenty of thickness left not to disturb the surface when planed too much. As a result, it weights about 14kg in total. The thickness is uncertain though, I guess it's about 6-12mm. It is bonded the half and half into one. 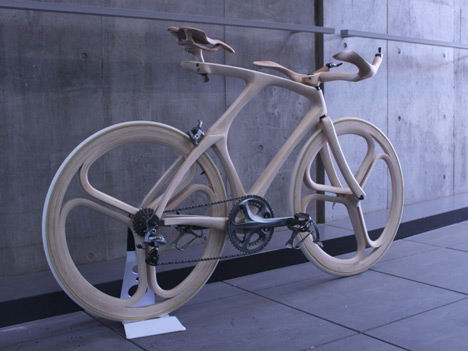 I was also curious to learn that the trispoke-style wheels were originally known as "baton" wheels—the renderings of the Thonet concept has a set of HED's top-of-the-line carbon fiber version—and that the clover-like construction is intended to "soften the ride." Similarly, the cantilevered saddle intended for comfort, while the short stays speak to performance by "assuring the stiffness."

Check out the full-size images at BicycleDesign.net

A Beautiful Bicycle Made of Wood, Wheels and All