'Check Out This CNC Machine. His Name is Yoshi' 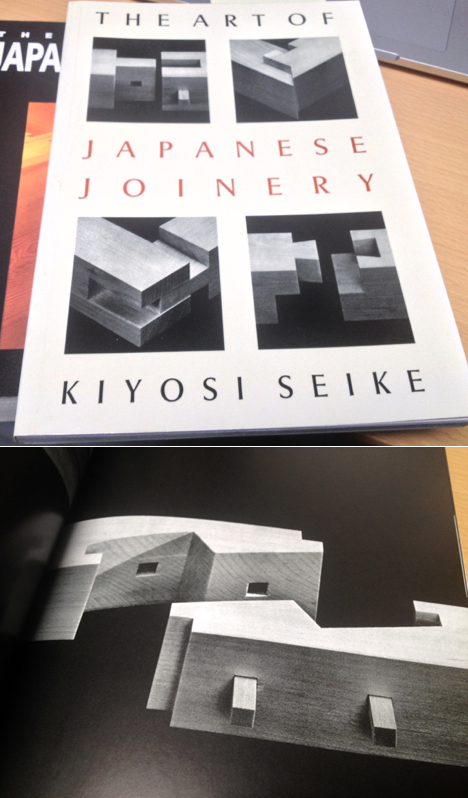 Up above is The Art of Japanese Joinery, a book I jealously guarded for years because it could only be found at Kinokuniya; nowadays you can get it on Amazon. Inside are photos of the fiendishly complicated joints that traditional Japanese carpenters used to cut using pull saws (like this one on Hand-Eye Supply) and the like, constructing both houses and enormous temples completely free of metal fasteners. And the joints were strong enough to withstand earthquakes.

It's hard to believe the book is from 1977, as everything in it looks like it was cut by a CNC machine rather than guys named Yoshi and Taka who drink Ki-Rin on the weekends. Nowadays, of course, the Japanese traditional carpenter is being supplanted by CNC machinery, but at least they're still used during the assembly and final finishing phases of house construction. Doobybrain dug up this video from '11 showing a Japanese CNC shop preparing lumber for house construction, followed by footage of the builders putting it up:

A buddy of mine who works in construction has disabused me of my builder envy; there is nothing fun, he has pointed out, about straddling a header and trying to wrestle a Glulam beam into place with guys named Bobby and Tommy who drink Miller on the weekends. But seeing the guys in this video snap each precisely-cut piece into place looks... satisfying, no?

'Check Out This CNC Machine. His Name is Yoshi'